Working in Indianapolis: ‘The Growth is Really Encouraging’

Alumni and corps members speak to the strengths of working in Indianapolis, which include identity-based networks, an increasingly community-wide pursuit of equity, and opportunities that contribute to meaningful professional growth. 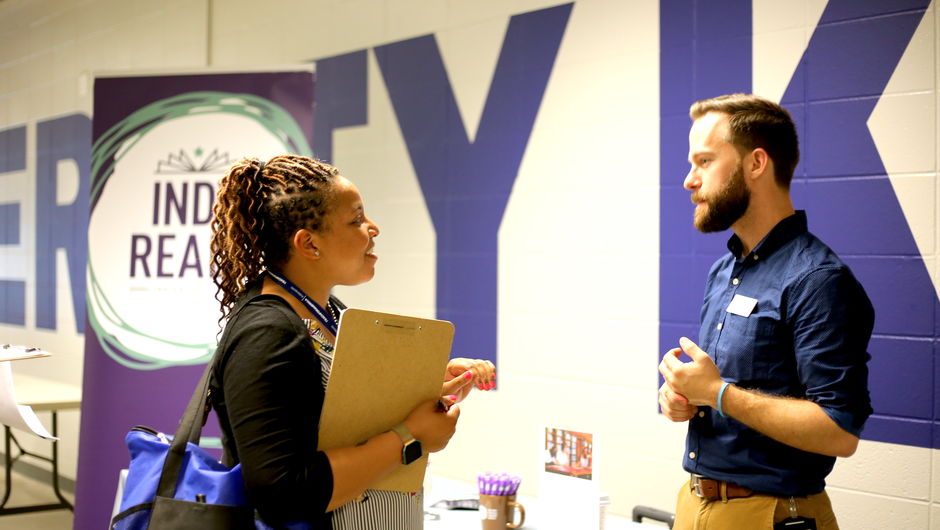 “This level of investment and collaboration [in a city], I've never seen it to this extent anywhere else.”

Indy is nearly one-million strong, and the growth of the city, both in population and economy, has fueled momentum for collaboration and connection over the last decade. Today, teachers across the city are connected through networks like Teachers Lounge Indy, whose popular Teacher Story Slams elevate authentic stories from the classroom that elicit deep empathy. IndyHub, helmed by Blake Johnson (Indy ’09), connects 20- and 30-somethings to resources, opportunities, and one another across social and professional spaces. And Enroll Indy, now under the new leadership of Bill Murphy (Greater New Orleans ’00), was launched in 2017 to streamline school enrollment and increase equitable access for students to match into their school of choice.

Are you a non-Indy alum who’s interested in relocating to Indy? We’re offering moving stipends of $1500. Learn more 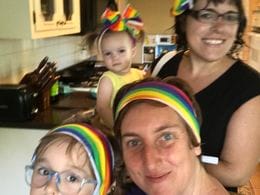 Ella with her family during Pride

“I moved to Indy with my wife a year before I joined the corps,” shared Ella Hereth (Indy ’11), math teacher for Lawrence Township Schools. “At the time most LGBTQ teachers weren't publicly out to their students. To illustrate how much times have changed, this last election, we elected four out LGBTQ people to City Council. I was so worried about becoming a lesbian mom in Indiana but have found that so many LGBTQ folks have decided to have kids. I helped start a small Facebook group of LGBTQ parents. We organize playdates and meetups that help normalize the feeling of having two moms or two dads, or non binary parents for our kids.”

Angie Brito de Rodriguez (née Silva) (Indy ’13), who is today a member of the Indianapolis Mayor’s Latino Advisory Council, recalls leaning on her affinity group through TFA to work through her identity development: “I remember a student who said to me: ‘Ms. Brito, we thought you were a sub because we never saw a black person teach Spanish before.’ My affinity groups gave me a space to share about that experience, and many others. It was encouraging to know that other corps members were having similar experiences and to learn and grow together.”

“The last four and half years I’ve spent in Indianapolis have been truly formative to my identity development as a Black person,” said Shon Harris (Indy ’15). For fellow Black leaders, “The Exchange is the Indianapolis Urban League’s young professionals group and its good place to start. Indy Black Millennials and Juneteenth Social are two new organizations that launched this year to give young professionals of color a space to network and engage with one another.”

Fostering a shared pursuit of equity across schools and communities 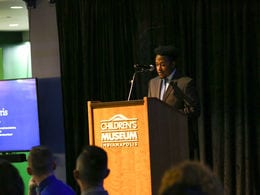 Shon, special assistant to the governance team at Indianapolis Public Schools (IPS), the largest school district in Indianapolis, is excited about the district’s racial equity initiatives. These currently include a two-day intensive racial equity training for teachers and staff, an annual district racial equity summit and a youth summit for students, and a series of district town halls led by Board members on why racial equity work in IPS is a priority.

“This work is critical because our Black and Brown students have historically shown up at the bottom when it comes to academic achievement,” explained Shon. “This issue isn’t unique to IPS or even the city of Indianapolis, we see it happening all over our country. If we want to work toward eliminating the opportunity gap and persistently disrupting institutional bias, we have to get proximate to the problem.”

“If you are doing the self-awareness and identity work as a teacher, then you are going to create more equitable environments for students,” said Madeline. “Being mindful of your presence requires mindfulness of your identity and backgrounds, and that of students. Academics is not separate from that.”

Madeline also speaks to the progress she has seen working in Indy for almost a decade: “In spaces I find myself in, there’s been an increase in conversations being public like race and equity. We’re getting a lot of conversation out in the open that need to be had. We’re at a tipping point. IPS, Washington Township, and Hamilton Southeastern are just a few of the districts I know that are taking part.”

In addition to school districts, community organizations like Central Indiana Community Foundation (CICF) and the Indy Chamber are making equity a major priority by taking steps to become an anti-racist organization and pursuing economic development through investing in socioeconomic equity, respectively.

“There’s more opportunities to try different things in Indy,” said Curt Reigelsperger (Indy ’15), who is from Ohio and currently works as a Title I math teacher at IPS. After doing the Indy corps, he held a camp-based leadership role in Michigan but decided he wanted to return to Indy. “TFA has a strong presence here. There was a looser feel in Detroit and Southwest Ohio. Here, there’s a really good support system. That’s where I turned when I moved. My friends are still the people I met at TFA.”

Know an alum who might be interested in relocating to Indy? We offer a finder’s fee to current Indy alums who refer friends or family.

“Growing up, Indy had the reputation of a boring city. As a result, I was eager to get out of Indy and see other parts of the country,” said Matt Impink (Greater Philly ’07), Executive Director of Indy Achieves, a Mayor’s Office-led initiative that seeks to increase the percentage of Marion County residents who hold a post-secondary credential from 42% to 65% by 2027.

After completing the corps in Philly, Matt stayed for an additional six years, then returned to Indy as he heard about the meaningful progress that the city was embarking on. “When I returned to Indy, l was impressed by the amount of momentum in the city. The growth is really encouraging, and there are now many great opportunities that didn’t exist before.” 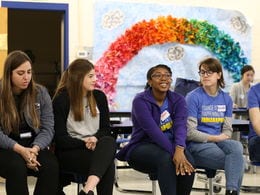 Jadah sharing her experiences during a corps panel

For Chicago native Jadah Jones (Indy ’18), math teacher at KIPP Indy College Prep, “I was a little nervous when I found out that I was placed here.” But upon beginning her work in Indy, “I love that I have a tight-knit group of co-workers and friends who I can confide in about any issue. I think that this sense of community speaks to the sense of community I feel while living in Indy.”

Jadah added, “After the corps, I hope to continue teaching in my placement school as I have developed a love and passion for this work. I also plan to continue mentoring TFA corps members after my two-year commitment. I think it is important to continue fostering and building those relationships especially since we all share a common goal.”