Imagining the Possibilities For Students When Passion Meets Impact 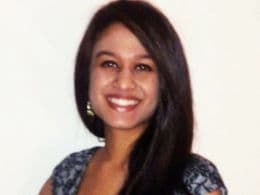 Becoming a Teach For America corps member seemed natural for Meghna Sohoni. In her senior year at Wayzata High School she spent time shadowing her brother, Aneesh Sohoni, current TFA Chicago Executive Director, during his first year in the founding ‘09 Twin Cities corps. This experience planted the initial seed for Sohoni’s exposure to education equity work as she went off to college at the University of Minnesota.

Sohoni landed two career-shaping internships in education: One with Senators Terri Bonoff and Al Franken and another at MinnCAN with Daniel Sellers (Eastern North Carolina ‘06) the founding Executive Director of TFA Twin Cities.

“Maybe it was just destiny, but I started realizing how policy impacts the four walls of the classroom and felt really frustrated by it,” Sohoni said.

These experiences came together during her final summer internship at the Minnesota Literacy Council.  “That was when it hit me, what inequities looked like. This was just five miles north of where I grew up. I finally started to realize that the code where you live determines if you live a life of opportunity,” Sohoni reflected.

This revelation led her to join the 2015 TFA Twin Cities corps. She taught elementary at Richard Green Central High School, where Matt Arnold ( NYC ‘06) was starting his first year as principal. Experience in the classroom energized Sohoni to continue exploring opportunities of greater impact, so she joined a teacher action team through E4E-Minnesota. She helped push education policies and even wrote an article in MinnPost advocating for restoring relationships with students.

“I saw this was how to create systems change and how you create advocates. This part felt hard in the classroom, but it was reassuring for me to know that there were leaders in every system and every sector working for kids,” Sohoni said.

The 2016 election marked a turning point for Sohoni in her second year teaching. The morning after the election, she walked into the classroom where her students sat in tears. What would happen to their families, their friends? She went home with swirling questions. What action should she take? What was her role and impact in all of this? The answer came when she asked a final question, “What if we brought really strong leaders into the classroom to accelerate the change we need for kids and communities?”

This question spurred Sohoni to join TFA staff as a recruitment manager, where she worked to recruit about 40 corps members to start their leadership journey in the classroom.

“Every professional move I’ve made has been because of someone in the TFA Twin Cities network.” As both a TFA alum and current staff member, Sohoni is also a member of The Collective, TFA’s association for alumni of color, and joined the Twin Cities Alumni Board created in the fall of 2018

“I love how incredibly supported I feel as a person of color in this network. It’s the magic of the network. I never feel like there isn't someone there that wouldn’t help me in an instant,” Sohoni said.

After two years as a recruitment manager, Sohoni’s next leap of impact at TFA happens this spring as she transfers into a new role as Director of Strategic Clarity. Her focus will be working with TFA's regional leaders to help them reinvent how they mobilize their regions towards systems leadership.

“As we continue to grow, we have the ability to bring in brilliant people and place them into spaces that will create the change we need for the narrative and the work. For the Twin Cities, we have been here for 10 years, so let’s make sure we are incredibly strategic in our next 10 years,” Sohoni said.

Learn more about Teach For America Twin Cities and our 10 profiles segment and be sure to get tickets for our 10th Anniversary Gala Celebration!