How I Spent My Summer: A Reflection From A Summer Institute School Director

In this edition of Education Together, the Teach For America New York Alumni Association blog series, Laura Reyes (New York '07) shares her thoughts on working to prepare 2018 corps members for their first day as full-time teachers in NYC. 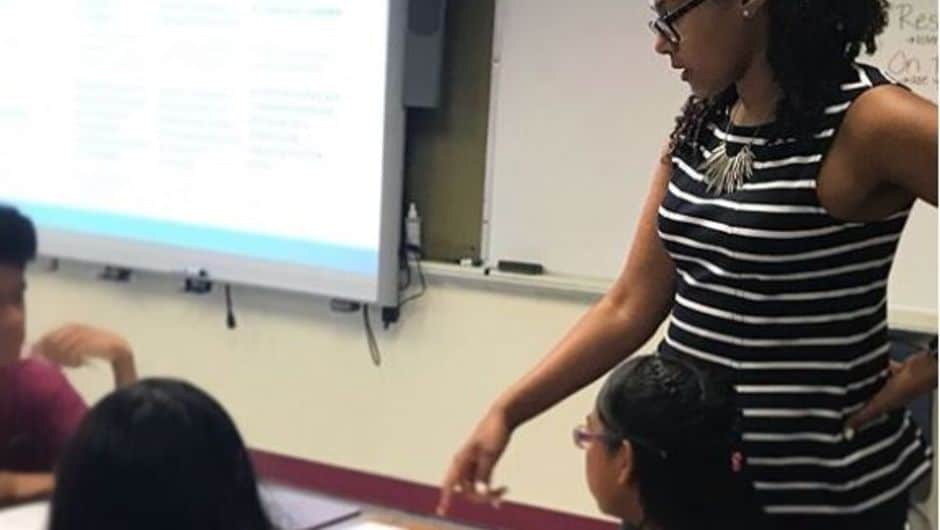 As a new corps member, no one can prepare you for Teach For America’s summer institute. It’s one of those very unique experiences that sweeps in like a torrential downpour on a sunny day. It’s unexpected and powerful. It seems to last for an eternity but actually doesn’t last long. It’s necessary and impactful and whether you come prepared with the biggest, strongest umbrella or get drenched in the rain, institute stays with you.

This year, with 11 years of teaching under my belt—including two years working in the Bronx as a Teach For America corps member, I spent my summer working as a School Director at Teach For America New York’s Summer Institute. I was hired to oversee new corps members and other Institute staff working at Dr. Richard Izquierdo Health & Science Charter School where I work full-time as the English Language Learner Coordinator, Dual Language Program Coordinator, and Gateway STEM Coordinator.

I thought Institute was supposed to prepare me for the school year. I believed I would walk out of the summer saying, “I’m a teacher!”, being ready and fully equipped to deliver perfect lesson plans. I quickly learned that Institute wasn’t going to prepare me, at least not in the way I thought it would. I am a proud 2007 Teach For America New York alum. I happened to love my own Institute experience, even though living on campus at St. John’s University in Queens, meant very early morning commutes to the Bronx and late nights commuting back!  As a School Director, however, I knew I would face a new set of challenges and expectations.

This time around Institute was, much like the NYC weather we’ve had this summer—unpredictable. Some days were unbearable, others were perfect with the sun shining and a nice cool breeze. I also weathered my fair share of storms. Have you ever tried telling an adult who hated math class as a kid, that they would teach algebra this summer?  The uncertainty and self-doubt that they show are palpable. It is rooted in a fear of failing the students that need them the most. Institute works to replace that fear and uncertainty with tools, authenticity, and a support system.

“Teach For America New York​'s Summer Institute brings together a diverse community of people that want to make a difference. I’m walking away from this summer with a new tribe of people that I can lean on for support when I need them.”

My amazing team, comprised of experienced educators, many of whom were also Teach For America alumni,  prepared our corps members to teach 6th-8th graders Math, Science, and ELA. The goal for Institute is to for both corps members and their students to be ready for the teaching and learning fall. This summer, our students learned rigorous content that I know will help prepare them for the school year. I’m anxious to see them hit the ground running this September.

Our corps members are more self-aware they know they can only bring their A game to work when their tanks are full. They’re rested, feel supported, and are practice self-care so that they’re healthy. They have a system of support in place between their schools, Teach For America, and their graduate schools where they’ll be getting a Masters in Teaching. This summer we celebrated small victories and asked ourselves, what can I do better, what support do I need?

Teach For America New York​'s Summer Institute brings together a diverse community of people that want to make a difference. I’m walking away from this summer with a new tribe of people that I can lean on for support when I need them. They’re the rain to my sunflowers. I had a wonderful summer with rain showers and rainbows; enough to carry me through the rest of the seasons.