From the North Arabian Gulf to the Classroom

A Navy veteran says he’s always been a teacher. 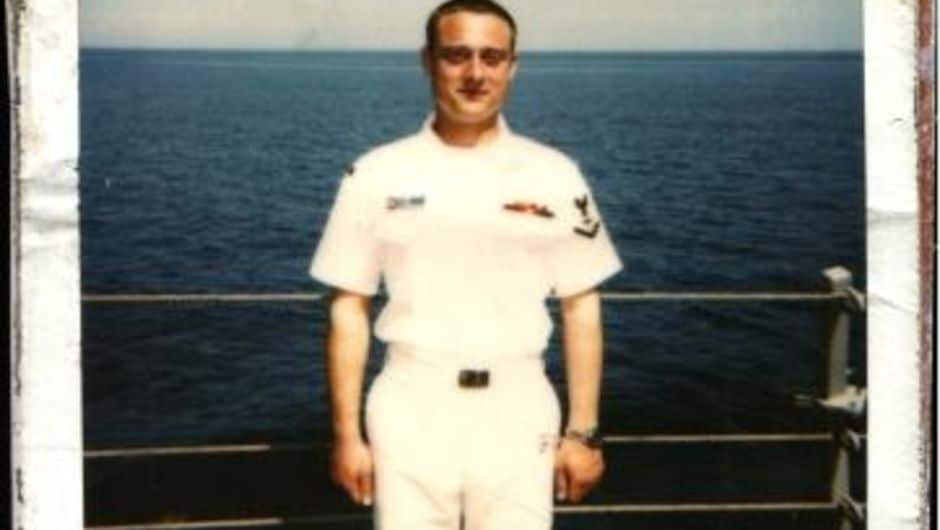 When Tim Cart joined the Navy at age 21, he asked for an assignment with the Hospital Corps. After becoming a hospital corpsman, he attended preventive medicine technician school and for almost nine years provided basic care and disease counseling to Sailors, Marines and the people they came in contact with across the globe.

This fall, Cart is one of 40 veterans continuing their service as a Teach For America corps member. He is teaching science and advising a caseload of students at Diego Valley Charter School-El Cajon, an independent study school that specializes in serving teens who need a nontraditional setting to earn a diploma.

As our nation celebrates Veteran’s Day, we asked Tim to share his story of service to country and students and the impact he wants to make as part of our diverse network.

Q: Why did you join the Navy?

A: I am from the Bay area originally, and I spent some time as a transient teen sometimes having nowhere to stay. After reconnecting with my Dad in Seattle, he arranged for me to move up there, finish high school, and either go to college or find a job. I joined the Navy when I was 21 and negotiated a contract as a hospital corpsman, which is like an LPN or nurse. When we were out to sea, there would be two or three hospital corpsmen on the ship to serve the medical needs of 400 people. There were no doctors or nurses, we did everything.

Q: What did you learn from your Navy service?

A: When I joined the Navy, I was still a young, selfish kid. I was thrust into real and dangerous sets of circumstances. People’s lives were dependent on whether I was honest, whether I went the extra mile. I grew up quickly. I learned that when you do something there are consequences, and when you don’t do something there are consequences. What came out of that growth was a genuine, altruistic desire to be there for others, to help their situation beyond just patching them up.

A: At the time, gay people were not allowed in the military. There was a “don’t ask, don’t tell” policy in effect. Because I was a medical person, circumstances often dictated that I would be trusted with that information about a person. I never betrayed that trust and did my best to be a good listener. Sometimes that is all a person needs to feel better about whatever is going on in their lives.

Q: Were you involved in any international conflicts?

A: I was in the Middle East in 1997. Between the two Gulf Wars, we were part of a task force enforcing the existing UN embargo placed on Iraq. We conducted visit, boarding, search and seizure (VBSS) operations in the North Arabian Gulf. We pulled ships over, boarded them, searched for contraband in addition to providing a health inspection and medical assistance to the crew. 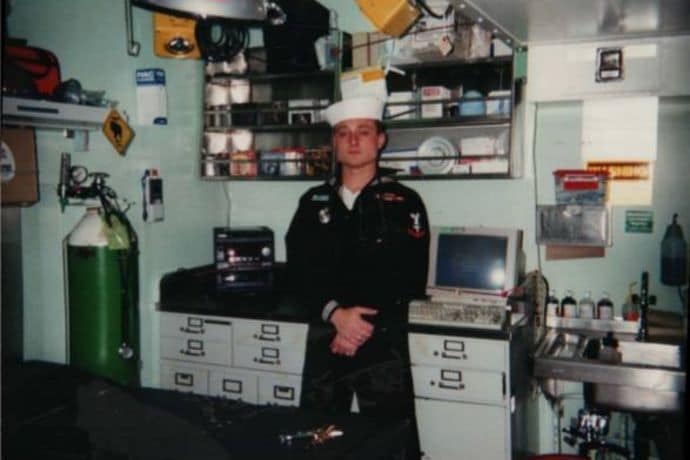 Tim on the USS Fitzgerald. 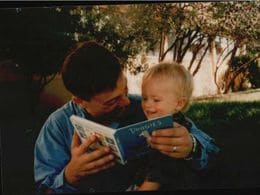 Q: What brought you to the classroom and to Teach For America-San Diego?

A: I served in the Navy for 8 ½ years, I got out toward the end of 2002. After that I worked in different industries, finished a bachelor’s in sociology, got a master’s in education and was working as the dean of a career college when the school closed. At 43, I hit a point of asking myself: What am I going to do now? My wife reminded me that when I was in the Navy, I wanted to be a teacher. I have always been an educator in some capacity, just always with adults. I realized that’s what I was missing.

I was in another credential program when I saw an ad for Teach For America, started reading more and more, and realized values-wise that TFA was aligned with my personal values. So, I’m starting over! I’ve only got about 30 good working years left in me, so I need to have as much impact as possible. I want to help kids who are like I was as a kid.

Q: What’s it like joining the corps mid-life as a career changer, versus the corps members who are coming right out of college?

A: I think of my fellow corps members as my kids; I have a 22-year-old son. I know we are all professionals, though they can run circles around me academically, and I find myself counseling them on basic life issues. It works.

Q: Do you see a connection between your military service and your teaching service?

A: Yes. For me, teaching in any capacity is not about efficiently delivering content, but rather about improving society as a whole through positive interaction with human beings. I apply my military background in epidemiology and my former bosses’ axiom: When trying to find patient zero, you think in terms of populations, but you have to see individuals. I’ve taken that everywhere with me, and it works in education. You have to be mindful of the overarching sociocultural realities your students live with but you also have to recognize, acknowledge and serve the unique person right in front of you. But above all, you have to genuinely care about your students. All of them. That is the key.