Veteran John Fails on how Teach For America helped define his career path in the nonprofit sector. 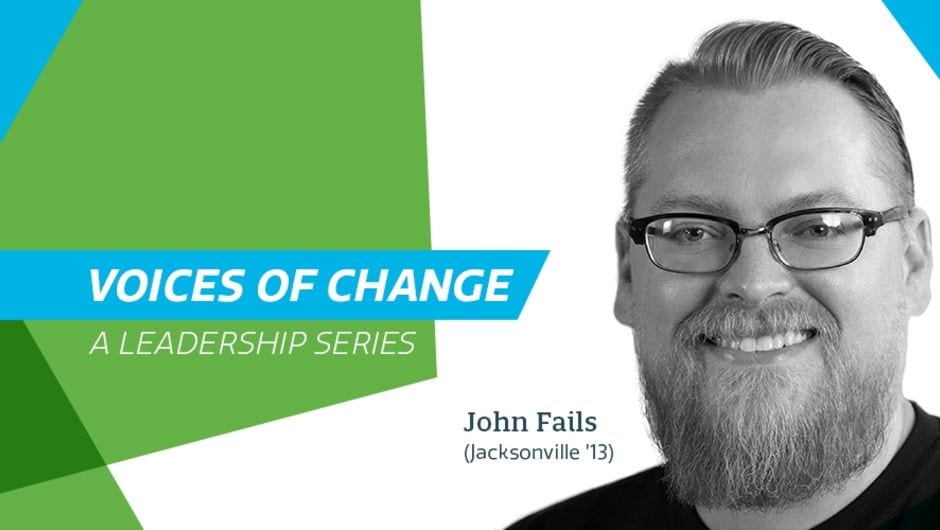 On the front lines in Iraq, veteran John Fails (Jacksonville ’13) gained a sense of passion and purpose that helped him survive. Now, as executive director of the national nonprofit Bunker Labs Jacksonville, Fails credits his time as a corps member as a defining point on his path to becoming a leader in the public and nonprofit sectors.

As the executive director of the national nonprofit Bunker Labs Jacksonville, Fails’ mission is to connect veterans and transitioning service members to educational resources, mentorships, and funding opportunities to launch their own business ventures.

"In our first formal year, we’ve already been able to get veteran-run companies out to Silicon Valley to pitch in front of major players and banks!” he says enthusiastically. He attributes his growing work in public service with his time at Teach For America.

“During time in the corps, you manage a classroom and learn how to reach out, educate, and help connect the dots,” says Fails. “Those things stayed with me. If you’re a true public servant, you have to be able to connect to your community.”

As a poor kid growing up in Jacksonville, Florida, Fails saw the military as one of the few gateways out of poverty. In the aftermath of 9/11, he immediately joined the U.S. Army, serving in the 82nd Airborne Division and then as a light infantry scout radio operator for a sniper team in the initial invasion of Iraq.

“I turned 18 years old during basic [training] and 19 years old in Iraq,” he says. “The Twin Towers had just fallen and it was a very surreal time.”

After a three-year stint, Fails was honorably discharged. Despite having received the Combat Infantry Badge, two Army Commendation Medals, the National Service Medal, and other awards of distinction for his service, it was a hard blow for Fails.

“Being a fourth-generation service member, I had stacked everything on staying in the military and making it my career,” he says. “I had to find a new mission in life—there were no other plans.” 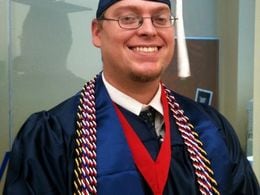 Fails graduated from University of North Florida in 2013 and returned to earn his graduate degree in public administration with a concentration in nonprofit management in 2016.

Search for Passion and Purpose After Service

Fails returned home to Jacksonville where military-to-civilian transition “involved a lot of soul searching,” he recalls. For the next few years, Fails went from one odd job to the next and even opened a business before enrolling in the University of North Florida in 2008.

As a political science major at UNF, Fails played active roles on campus in student organizations. While serving as vice president of the Model United Nations team, a suggestion from a friend launched Fails on his path in education.

“I had a deep interest in leadership and politics without wanting to be in politics,” he says. “A friend of mine—who was also an education major—saw this and suggested education would be a great fit for me. I came across Teach For America, and its mission and core values struck a chord both personally and politically.”

He self-submitted his application soon after.

Fails joined the corps in 2013 and taught social sciences at First Coast High School in Jacksonville. Growing up in a low-income community in Jacksonville, he knew the injustices and hurdles facing students, and he worked hard to cultivate a classroom of integrity, self-worth, and mutual understanding.

“My classrooms were framed by the standards I set—most important of these, that respect is a two-way street. I talk to them as peers because one day they will be. In return, we learn together and we both get smarter.”

The classroom also gave Fails an opportunity to hone his communication skills—something he struggled with upon returning from service. 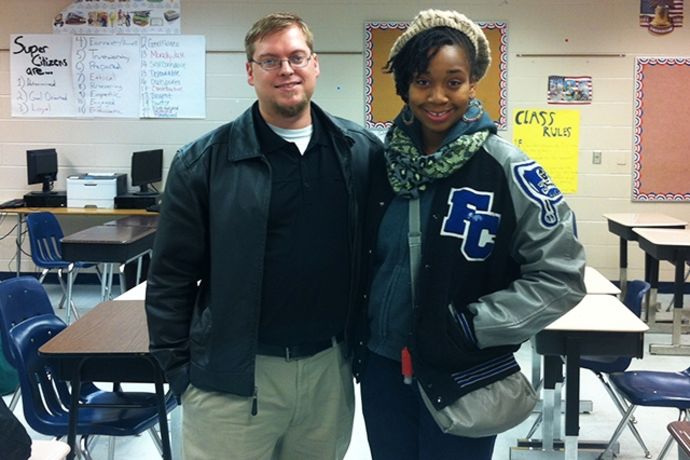 Fails stands with a student in his classroom at First Coast High School in Jacksonville, Florida.

As Fails became a more effective leader in the classroom, he also began to find his footing in leadership and local policy.

“Before TFA, I had never been to a board meeting or a community or policy event. Once I was in the classroom, I felt I had a stake in education and local policy, and I put myself out there,” he says.

With a growing interest in public service, Fails returned to UNF to pursue his graduate degree in public administration with a concentration in nonprofit management.

In graduate school, Fails continued to work in the community as a military engagement manager at the nonprofit HandsOn Jacksonville.

“The nonprofit field is diverse and always looking for strong leaders,” he says. “They see your corps experience and commitment, and it helps.”

Because of his work with members of the military, Bunker Labs approached Fails in 2015 with a unique opportunity to further serve his fellow veterans and Jacksonville community.

There’s Something About Leading That Never Leaves

Back in Florida, it’s been an eventful year for Fails.

Since the launch of Bunker Labs Jacksonville, the center continues to add to its booming list of partners and investors. In 2016, it introduced a new Entrepreneurial Program for Innovation and Collaboration, a 14-week program where veterans can test and launch start-ups.

Recently, Fails earned his masters from UNF and is committed to continuing on his journey of public service. Whether it’s helping future veteran business leaders realize their vision, addressing inequity through public service, or returning to the classroom someday as an advocate for teachers and students—he’s excited for what lies ahead.

“That’s what TFA does,” says Fails, “it creates advocates—whether you’re a surgeon, lawyer, businessperson, or any professional, really. There’s something about leading and serving others that never leaves you. Look at me—I’m hooked.”