From Anxiety to Advocacy: 7 Lessons One TFA Parent Learned After Her Daughter Joined the Corps 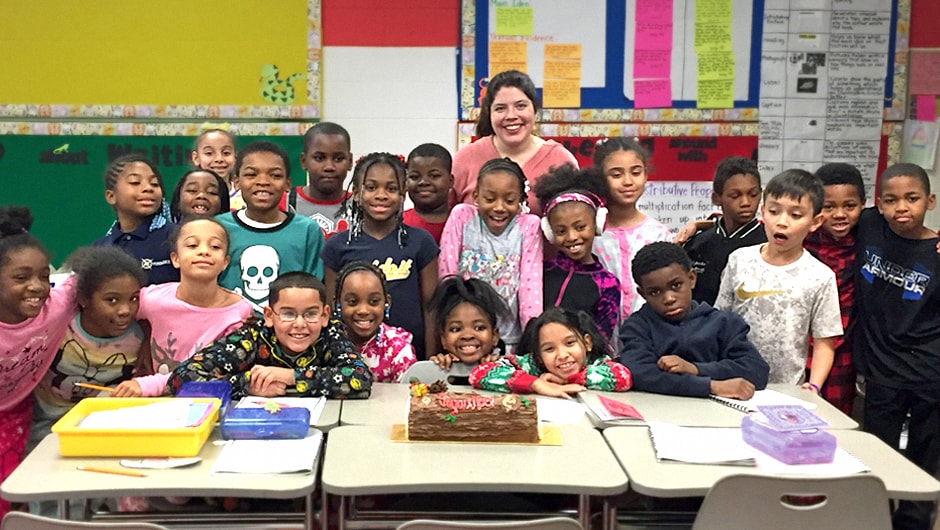 If you’re the parent of a graduating senior interested in joining Teach For America, you may have a few questions. How does teaching align with their degree concentration, especially if it’s not in education? How do you know if this opportunity is better suited for your child than other job prospects in terms of pay, location, career trajectory, and future opportunities?

Doreen Geml had the same questions, if not more, when her daughter Shaina Wilson (Detroit, 2016) decided to use her Purdue degree to teach in inner-city Detroit.

Here are 7 profound ways Doreen was able to transform her concern and anxiety into understanding, admiration, and education advocacy for not just her daughter, but other teachers as well.

As a native Detroiter, Doreen knew the city in ways her daughter had not. She wondered about safety, career advancement, and if the compensation would be enough to make her daughter’s decision to teach worthwhile. “She went to Purdue University and paid a lot in tuition. She graduated with a Bachelor's degree in Mass Communication, a Spanish degree, and a minor in Portuguese. When she told me she was going to go into the inner-city of Detroit, you have to know, it was very unusual for me not to be 100% supportive. For Shaina, this was weird for me to be reacting this way.”

When Shaina graduated, she decorated the top of her cap with a pivotal message her mom would never forget. “On her graduation day, they gave us a picture of her in her cap and gown, holding a poster that said, ‘Thanks mom and dad for giving me the world.’ And when she came down the aisle for graduation, she stopped for a moment and I glanced at her graduation cap. And it said ‘Be the change.’ At that moment, I knew. 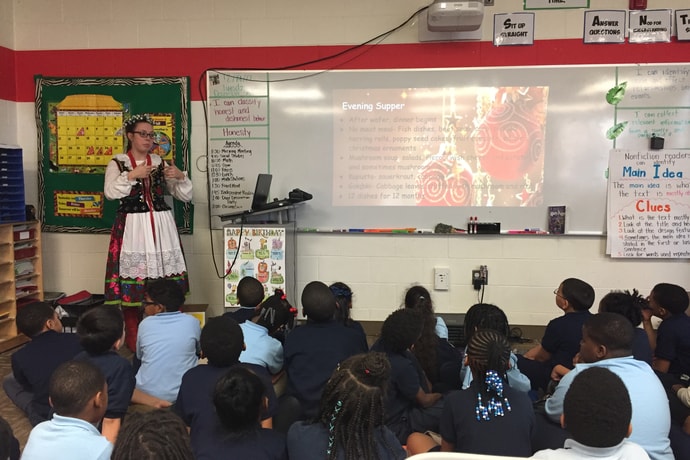 Do Your Due Diligence

Although Doreen jumped on board with her daughter’s decision, it didn’t mean TFA was completely in the clear in her mind. In the midst of a scandal within the Detroit public school administration, Doreen’s concerns turned to a number of evolving, challenging, and complex questions. Doing her due diligence, Doreen connected with various leaders within the Teach For America network to make sure she fully understood what her daughter was getting into.

“I don’t know how far up the wire I went in talking to people. I started with someone who was on the same level as she was. Then I went the level up. I knew nothing about the TFA program. I couldn’t understand how a person without a teaching degree could go into a classroom and teach. And it worried me. It worried me where she was going to teach.”

“I appreciate those upper-level people at TFA who were okay with answering my questions. I was very appreciative that they took the time. On several occasions, they addressed my concerns and made sure to clarify.”

When Shaina finally received her assigned school, she was practically “beamed through the phone” when she found out she’d be working with the principal she had the biggest connection with. That meant everything to Doreen. “That in itself started helping me feel more comfortable because the more time went on, the more excited we got.”

Take Part in the Transition

Doreen saw first-hand how Teach For America how corps members use their training, mentoring, unique backgrounds, and passion as a pathway to becoming productive, enthusiastic educators. The transition into the classroom as a first-year teacher was challenging, and Doreen made sure she was a present, but non-hovering, parent.

“You need to be there because they may stumble. They may fall. But you have to be there to pick them up. I went to the classroom and helped. I made the kids chuckle to let them know their teacher had a life. I would tell them stories about her and they loved it! I enjoyed that. I wanted the kids to feel good about her as a person, not just as their teacher. When Shaina got married, I was touched beyond belief because not only did teachers come, but students came. I just melted.”

“I watched how her first year went. And then I saw a teacher walk into her class the second year,” Doreen says. Soon enough, Shaina’s knack for creativity, connection, and communication combined with Doreen’s hands-on support created an atmosphere in which Shaina was able to positively impact her student’s lives and transcend the school’s expectations.

“She started at a struggling underserved public school where they set rigorous goals, and she exceeded them. Blew them out the water with raising percentages and things like that. I knew it wasn’t necessarily because she was a college-educated teacher. She became a life teacher. Anyone can do the lesson plan. What she did was bring the lesson plans to life.” 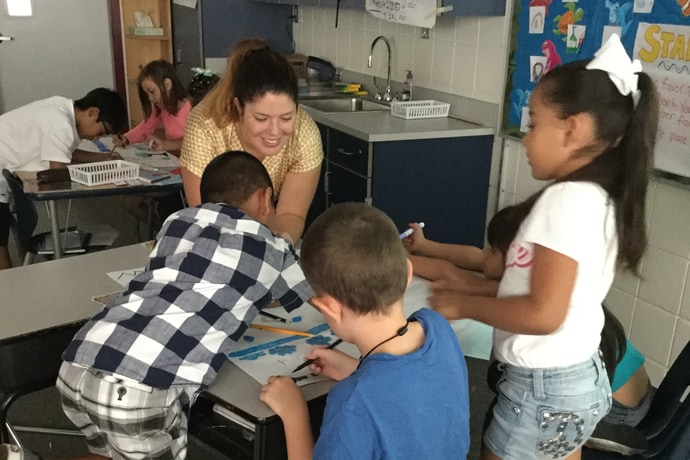 Let Their Impact Inspire You

After teaching in the classroom, Shaina transferred the skills she learned in the classroom into her work as a TFA recruiter, engaging with college students and managing college interns. Yet again, Doreen doubted her daughter's decision, but one explanation won her over:

“I’m not going to lie to you. I was a little upset. I was like you can go somewhere else, you can make more money!  But not once did she mention any of that.”

“I will always carry in my heart knowing the difference for three years that my daughter made in the lives of those kids. I can’t begin to tell you how badly she wanted the role that she has. I asked why, and she said, ‘Because every year as a teacher I make that difference in the lives of 30 kids, 60 kids, 90 kids. But if I get that job, now I’m recruiting individuals - 10 of them, 20 of them, however number every year, who are going to go out and every year make a difference in the lives of 30 to 90 kids. Or if they’re going to teach highschool, even more. I can look at individuals and say, ‘Yeah, you are good for them. To be able to do that, mom, I’ll be able to  make a difference at a much higher magnitude.’”

“At that point, I was like, you were meant for that role. And when I listen to her talk and see the smile on her face when she gets a really good recruit, she just lights up!

Lead the Charge for Change

After witnessing the impact she and her daughter had inside and outside the classroom, Doreen posed a question to graduating young leaders:

“You’ve gone to school. You’ve gotten this great education. What are you going to do with the education that you’ve got? I don’t care if you’ve gotten your degree in underwater basket weaving!”

Doreen understands the impact of working for an organization and in a role with passion, purpose and intention. Not only are your days filled with meaning. But day-by-day, you position yourself to be a positive example and blueprint for what success can look like for others, especially the most impressionable minds.

“In 10 years, I’m going to have a grandchild in that school system. I need to know they’re getting the biggest bang for their buck, because they deserve it. “