I had concerns when my daughter joined the corps, but soon learned how valuable it was to her and her students

By Patricia A. Costante 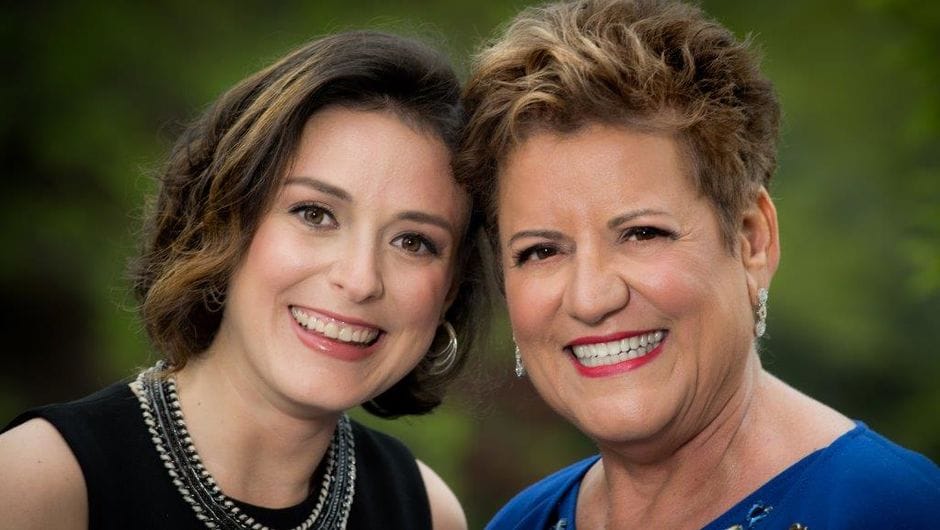 Stephanie grew up influenced by my professional life and always ready to incorporate what she observed into her everyday experiences. As a sixth grader, she wrote a business plan to start an early drop off program at her school for working parents. The plan was accepted and she ran the program through graduation. The program continues to this day.

A variety of experiences through her teen years nurtured her interest in education equity and leadership, which included endowing a leadership program at her school upon graduation.

Stephanie went from her small private high school to the University of Chicago, where her passion for education equity grew. She was struck by the challenges faced by first-generation college students and those from low-income high schools. Her responses to these challenges were by and large entrepreneurial and she gravitated to the not-for-profit space to address the inequities she found intolerable.

During the summer before her senior year, Stephanie was recruited for Teach for America. While this opportunity was not on her radar screen or mine, I was intrigued by how intrigued she was, and I did my best to support her exploration of an opportunity that was far afield of the post-graduation path that I had envisioned for her. It was hard to imagine my take-charge daughter, who excelled at developing creative solutions to problems, constrained by the day-to-day structure imposed by teaching.

We live close to Princeton University, where Wendy Kopp developed the concept of TFA as her senior thesis. Because of this, many people in my area know a great deal about TFA and became good sources of information for me. I reached out to educators I knew for their assessment of the positives and negatives of a TFA experience and sought out acquaintances with children who were TFA corps members.

For every lukewarm endorsement, there were a dozen rave reviews. The positivity of these veteran parents helped me to squelch the reactions of friends and family who couldn’t believe that Stephanie would teach after “all that tuition.”

“For every lukewarm endorsement, there were a dozen rave reviews.”

I became a cheerleader for TFA despite my trepidations. In many ways, it seemed like a natural extension of her interests—running a preschool drop-off program, working as a counselor at an urban day camp, and confronting the challenges faced by first-generation college students from under-performing school systems.

And yet, I continued to have concerns: Would she be living in a safe area? How far from home would she be? Would she be able to manage a classroom without the benefit of student teaching? What if she hated it and was committed for two years? And most pressing, was this the right option for someone who did not want to be a career teacher?

While I struggled with these concerns and continued my conversations with former TFA parents, Stephanie completed the TFA application process and was placed at a turn-around school in Boston. I was happy for her because Boston was among her top three choices, but nervous about the neighborhood and her pre-dawn commute. Stephanie graduated two days before she had to report to summer training institute in Lowell, Massachusetts. She was moving halfway across the country to start a new training program and job, in a city where she knew no one.

Stephanie taught seventh grade math for two years, while completing a Master’s degree at Boston University. She formed many meaningful relationships within the corps and with her teacher colleagues and students. Most of all, her passion for education equity grew. Despite her love for the classroom, she was frustrated by the limited scope of influence it afforded her. When offered the opportunity to serve as the Midwest recruitment manager for the national recruitment team at TFA, she jumped at the chance. In this role, she was able to recruit candidates to fill many classrooms—a broader reach than before. I became her ally, by calming the fears of reluctant parents.

I feel strongly that TFA has been an important part of Stephanie’s growth as a person and a professional. The discipline of managing a classroom taught her managerial skills that few young college graduates have the opportunity to attain. The perspective gained from the challenges her students faced, facilitated the maturity of an already mature beyond her years young woman. The strategic focus of her current recruitment position has encouraged her to think carefully about her skills, and her career goals, and develop a personal plan of action.

TFA was a tremendous growth experience for me as well. It bolstered my sense of my daughter and her strengths. She was able to control her classroom, bond with her students, and form alliances with their parents and guardians.

If you are fortunate enough to have a child interested in TFA, encourage their interest. The upside is limitless.

Patricia A. Costante is Chair/CEO of a regional medical malpractice carrier and a cheerleader for her daughter and TFA.