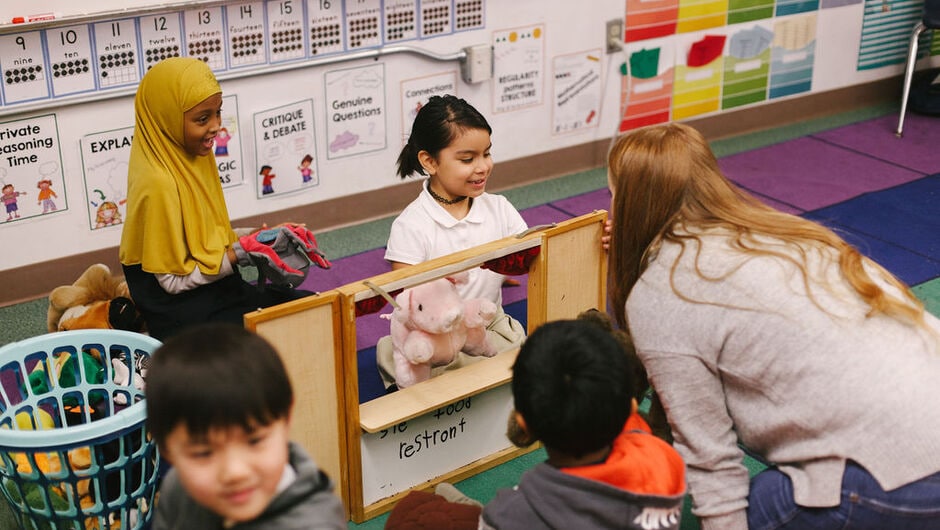 Learn more about how our network of corps members, alumni, and local equity-oriented leaders in education is working to transform our state’s educational landscape.

The Reality of Washington

Washington’s economy is ever growing. In 2021, tech companies leased over 2 million square feet of new Seattle real estate. This is no surprise considering Seattle is ranked the best place to live for STEM workers by many publications, including MIT’s Career Development Office. Looking across the Cascade Range to the central and eastern portions of the state, agriculture reigns supreme. Washington is the number one producer of apples and hops in the country and the number two producer of grapes, all of which are primarily grown in the Yakima Valley and contribute over $2.8 billion to the state’s economy.

Washington State is ranked as the 10th most educated state by World Population Review. In 2019, 91.7% of Washington residents over 25 had graduated high school, and 37% held a bachelor’s degree or higher. The average poverty rate in our state is significantly lower than the 12% national average at 9.5%. When we zoom in on the data, the disparities cannot be ignored. Though our state has been ranked the best state to live in by U.S. News, Washington is ranked 25th when it comes to opportunity.

This gap in opportunity is apparent when looking at the disparity in poverty and education rates across our state. The average poverty rate in King County is 7.6%, but a closer look at the data disaggregated by race shows a different story. The poverty rate for White folks is only 5.9% while the poverty rate for Black or African American folks is 18.9%, and when we look across the state to Yakima County, a community where over half the residents identify as Latinx and 6.7% identify as American Indian/Alaska Native (more than three times the state average), the poverty rate is 14.8%. The data our state boasts around education and economy are also not immune to disparity. In King County, 53.4% of residents over 25 have a bachelor’s degree or higher, while only 17.6% do in Yakima County.

Washington is ranked the best place to live by US news

Yet our state is ranked 25th when it comes to opportunity

of teachers in Washington identify as BIPOC

of our Washington corps identify as BIPOC

Over the last 11 years, our alumni network has blossomed from its initial size of 200 to nearly 1,400 alumni. Beyond those working as educators, many alumni living in Washington are playing an active role in the push for educational equity from their positions in business, law, medicine, and other fields. Now, we are continuing to expand our network as we work alongside a broad, diverse network of local equity-oriented leaders in education, TFA alumni, and current corps members to pursue educational equity.

Our network is committed to uncovering and addressing disparities that impact kids and families in Washington alongside the communities they belong to and serve. We believe that with high quality, diverse leadership, effective public and private funding, and collaboration among all stakeholders, Washington can make the progress necessary to live up to its rank as the best state in the U.S. and best serve the diverse communities that reside here.

Learn more about our work in Washington. 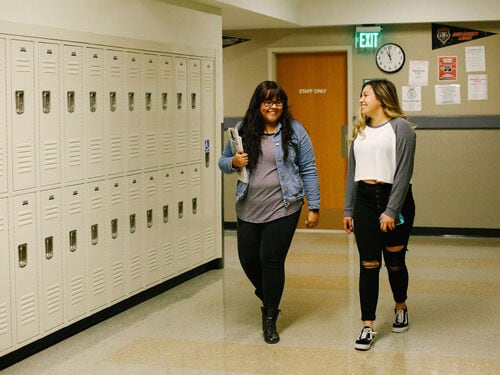 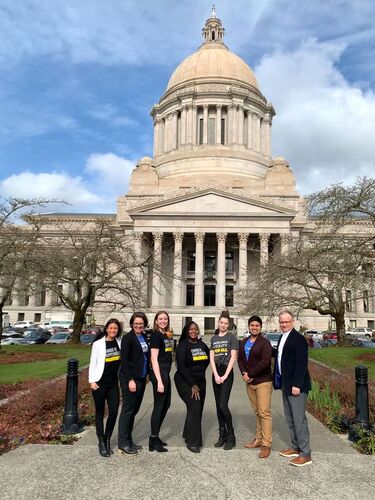 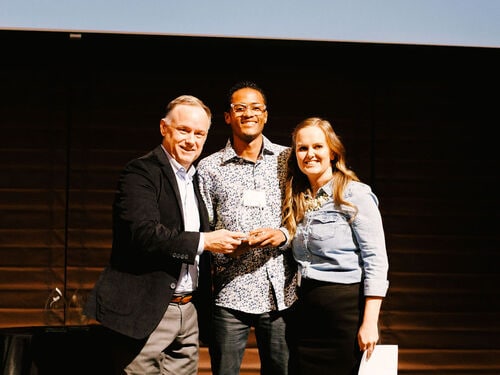 Isaiah Mawudeku, then a senior at Talley High School, received the Transformational Student Leader Award at the TFA WA Leadership Awards after being nominated by his teacher, Lori McEwen (Memphis ‘13)