World Domination? SPED Integration? What’s Next For Our “Dream Team” In Watts 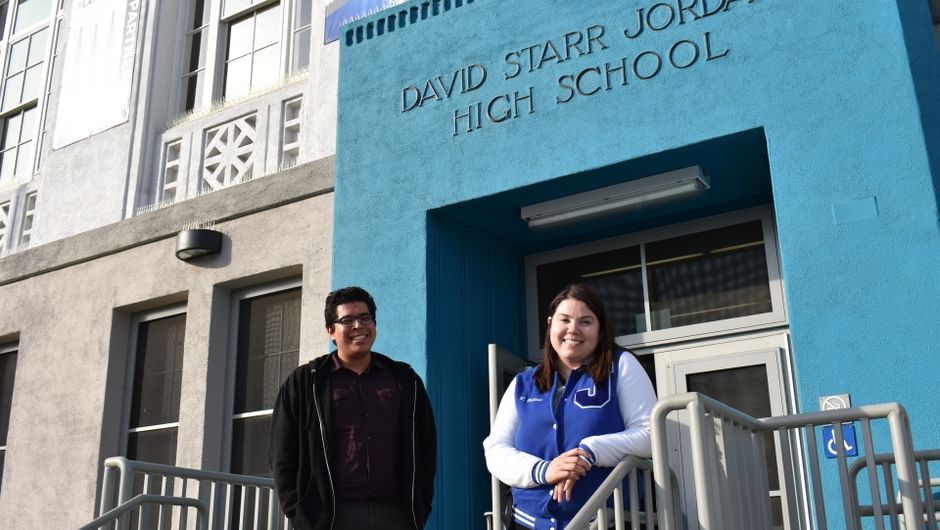 Yesterday we met Ruby Urbano, who is teaching English-special education at the high school she graduated from in Watts. She taught every level of English during her first year at Jordan High School and needed some help.

“I asked the administration to please hire another TFA corps member,” she said. “I just think the strength of the program lies in the ability of our corps members to persevere and to be knowledgeable about the cultural needs of our students, which is something that I see other teachers coming in all around the district as not necessarily having.”

Shortly after, second-year corps member Nicolas Garcia-Corona joined the SPED English department. Ruby and Nicolas say from the moment he came in, they became a “dream team”—splitting up the grade levels and aligning the curriculum to state standards and general education content for the first time. What’s next?

“Getting the whole SPED team on the same level is the most important thing for us right now,” Nicolas says.

In this second-installment of Teachers of Jordan High, Nicolas and Ruby share the impact their teamwork has on each other, on other teachers, and their students. 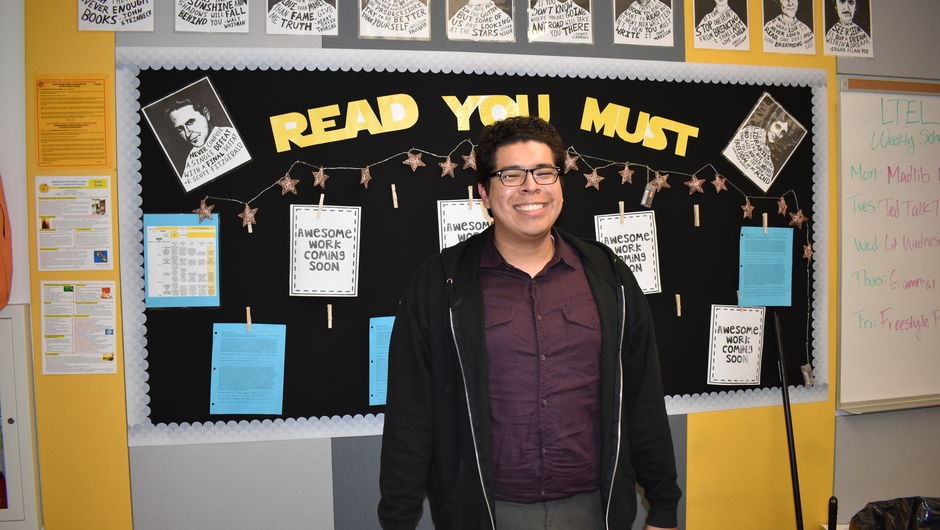 Ruby taught me about Donors Choose. Through Donors Choose I managed to get 11 copies of a graphic novel version of the Odyssey. I wanted something I knew I could teach really well and that would keep the kids engaged.

Up until this year, we didn’t really have a set English curriculum, it was whatever we thought would meet the standards. So, the Odyssey was my way of jumping into things and presenting material that I knew really well, and using it to extrapolate all the benchmarks we were trying to hit. We spent about 10 weeks, from Halloween to the end of the semester, just reading through it all together. We took really careful notes summarizing what happens in every chapter and who was in it, and then did a cumulative review.

I also paired it with the movie Oh Brother Where Art Thou, which is a loose adaptation. That really helped the kids get super into it. They were like, “Oh I remember that part from the book!” Or, “Is that him from the book?” It culminated into a final exam that went over the themes, characters and compared and contrasted how characters were represented in the movie context verses the book context, since one was set in ancient Greece and one was set in the South in the Great Depression.

The kids really got into that. That was the first thing I ever did.

My approach to English is very literature heavy. I always try to get through two novels every semester. Recently, I got a title called All American Boys. It’s so poignant to what’s going on in the US right now and to people who look like my students and live in the neighborhoods that they live in. I really like seeing the connections my students are making.

For example, the Nevada shooting just happened. We were reading our book and about how one character feels like a victim, like he suffers the same traumatic tendencies of somehow who has been raped. He says that he feels violated. The kids were like, “Well, Miss what about what happened in Las Vegas?” So we started pulling up videos because one of the girls remembered that there was a woman who said that after the shooting she felt violated. Her safety was violated.

The discussions we’re having are beyond what was happening before Nico and I got here. The curriculum for special education students used to be a lot of fill-in-the-blank reading. They would receive a page and all they had to do literally was open up a page and fill in blanks on what was supposed to be on that page. Now it’s a lot more literature heavy and a lot more aligned to what the general education English department is doing.

I feel really lucky because our students can comingle with students in general education electives and talk about the Odyssey because they’ve read it, and the other kids have read it to, and that’s a thing that’s never been able to happen with our Special Day Class.

“Our senior class this year is probably going to have the highest number of SPED students applying and attending a two- or four-year college, which is amazing to even think about.”

I’ve noticed that you can see more collaboration across the English department based on how we’ve been able to collaborate. Some of my other second-year colleagues say, “Collaboration is fun. We can talk about this.”

The last English-centric professional development session we had was a whole collaboration session where we planned out the curriculum as a department, which was completely unprompted and unrelated to what we were doing before. Getting the whole SPED team on the same level is the most important thing for us right now.

For so long our SPED students have been shut out. It wasn’t the school’s fault—it was how the teachers were trained to teach students with disabilities, especially in separate classes. But I think we are a good example of teachers who are willing to think about general education integration.

I want to see our kids be part of more programs. I want to see at least one kid in every single club. Our kids were completely shut off. They weren’t in clubs, they weren’t participating. Our senior class this year is probably going to have the highest number of SPED students applying and attending a two-or-four year college, which is amazing to even think about.

Next year we’re looking to integrate the theater program, and create an elective that’s co-taught. We can have the Special Day Class and Gen Ed students together, and then have that shared experience, at least in a culturally responsive elective.

We are going to keep pushing the limits we have in the school. 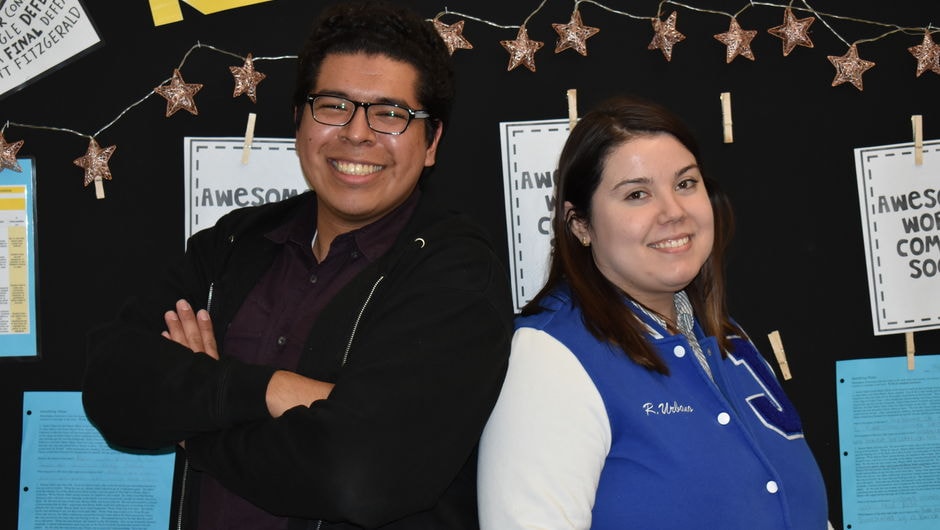 If you would like to be connected with Ruby or Nicolas, please email eddy.gonzalez@teachforamerica.org.