SPED Teacher Ruby Urbano Will Show You What Watts Stands For 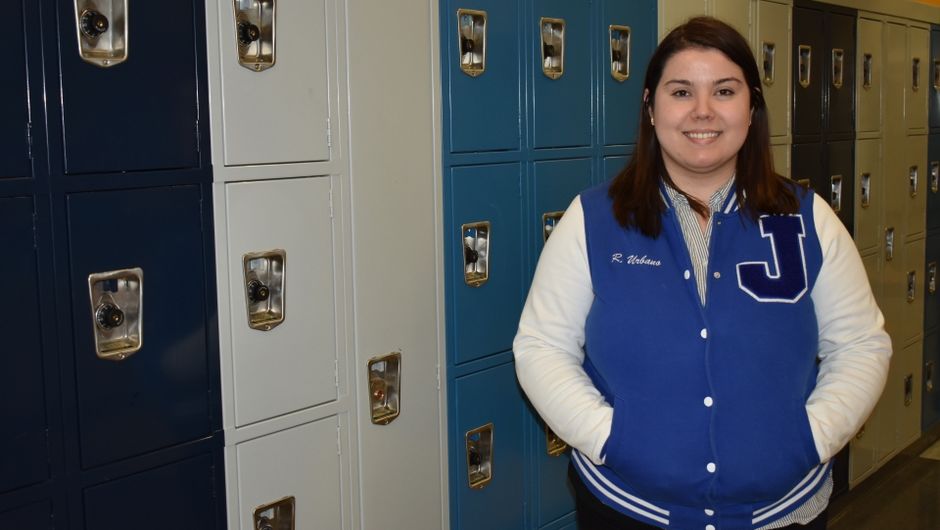 Special education teacher Ruby Urbano is still angry about what happened on a recent field trip to The Doctors Show. Her students were preparing to take their seats for the filming when another guest asked if they attended the Jordan High School located in Watts. Ruby said yes, and the woman replied, “Well, you look it.”

“I was like, ‘I am from Watts. I grew up there. I graduated from this same school.’ I looked at my kids, and thought, this is an important moment for me. Do I go off on this lady and show them they have to argue with people, or do I take the higher ground and quietly decide I do not need to be brought down by her words?”

She opted for the high road, and her students followed. It was a jarring demonstration of why Ruby wanted to use her degree from UC-Irvine to teach special education students in one of the poorest neighborhoods in Los Angeles, the neighborhood where she grew up. And it’s a demonstration why TFA-LA is targeting recruits who share lived experiences with their students.

Let’s get to know the Teachers of Jordan High.

My father passed away while I was in high school. I had to work before and after school. I ended up doing some under the table work as a seamstress. It added up to working 40 hours a week while I was in high school, to help support the family. There was a point in the 11th grade where I was trying to decide whether or not I was going to drop out. Not because I was academically suffering, but because the pressure of taking care of my family was really great.

It was the Jordan teachers, specifically one teacher, Mr. Rich, who was like, “No, you are not doing that.” It was just the simple fact that someone said—“No, you’re not doing that”—that lead me to finish high school and eventually go to college. Within my graduating class, only 32 percent of the students made it to graduation in 2010. Of that 32 percent, less than 5 percent completed a four-year college degree.

“My students are staying in the community with the purpose of doing something about what's going on here, which is amazing.”

The kids that graduate from Jordan or similar schools—the amount of obstacles they have to overcome to make it through a four-year college is amazing. Things you don’t even think about. The pressure on them to be the financial support for the family, it’s quite incredible.

So when there was an opening at Jordan, Ruby was teaching somewhere else, but I reached out to her anyway. I’m pretty good at getting students to come back. They are the best people. They know how to speak to the kids and what they are going through. All I did was help her get the interview, she did the rest.

My first experience with Ruby was when she came to SPED foundations nights at Loyola Marymount University. She gave us a quick lecture on culturally responsive teaching, and her expression still sticks with me because it was really funny, knowing her now. It was kind of like, “You guys don’t know what you are getting into!” And like, “You gotta be careful because you cannot let the kids walk all over you, but you have to be loving at the same time!” It was like she was trying to whip us corps members into shape.

I start the school year off telling the kids my story. Because I don’t look stereotypically Hispanic or Latino the kids immediately come in and dismiss me for a second. But it’s only for the first couple of minutes because once I open up I’m like, “I grew up just down the street. Here’s my Mom’s house, and this is me growing up, and this is what I went through.” Then suddenly my story is authenticated and they realize this is a teacher who not only could have done something else, but chose to come back

Growing up, the motto was W-A-T-T-S, We Are Taught To Survive. That’s the whole point here, and if you go to any school in Watts I’m sure a lot of the teachers and a lot of the students will say survival is key. We have a huge homeless population, a huge population of foster care students, and a community that is suffering. We are just making it day by day trying to survive.

I tell the kids I lived through that survival. A lot of the kids see success as leaving. And so by me being here they are realizing that success is not leaving. Success is coming back and doing something about the disproportionate resources in your community. I saw a lot of my kids—my first year here—saying, “I’m going to leave.” And now, it’s a lot of, “I want to work as a firefighter here, I want to own my own business here.”

Tomorrow we will reconnect with Ruby and Nicolas to hear how they are innovating special education curriculum at Jordan High School.

If you would like to be connected with Ruby or Nicolas, please email eddy.gonzalez@teachforamerica.org.