Why I Joined TFA as a Native Kentuckian 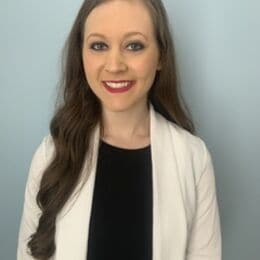 I grew up in a mostly poor, rural community in south central Kentucky. My parents never went to college; my grandparents didn’t even attend high school. However, education was highly valued in my family. From a very young age, I was taught that I needed to do well in school so that I could attend college and find a high-paying career, most likely in an urban area with more opportunities. It seemed that to most people back home, the hallmark of success was getting out of our community and never looking back, because the opportunities in our small town were very limited.

I worked incredibly hard throughout high school in hopes of fulfilling my dream of attending the prestigious Rice University. I knew that being accepted was a long shot, especially considering that I would be competing against wealthy students who had attended private schools and whose resumes would certainly make mine look pale in comparison. My mom worked for months to scrape up enough money to buy two plane tickets for us to visit Houston, and as soon as I stepped on campus, I immediately knew Rice was the perfect fit. When the acceptance letter came, I was probably more shocked than anyone.

When I arrived on campus at Rice, I looked around at my classmates and I didn’t see a lot of students like me. I was a first-generation college student who grew up with very limited resources. Texas was the farthest I had ever been away from home. I was surrounded by students from all over the world who were from well-educated, wealthy families.

During orientation, when I would meet someone new, the first question I would always be asked (after my name, of course) was “Where are you from?” As soon as I would answer, “Kentucky,” I would get the standard, “Ohhhh, that explains the accent” in reference to my thick Appalachian dialect. Regardless of their lack of malicious intent, I could tell that people immediately judged my intellect based on the way that I sounded when I spoke. It seemed that no one expected a student with my background to be at a place like Rice.

My experiences in college led me to believe that although talent is equally distributed, opportunity is not. It deeply troubled me that plenty of other people back home were just as talented as my friends at Rice, but they were not afforded the same opportunities because of where we grew up. By the time I graduated college, I knew that I wanted to be a part of the solution to this problem. Eventually, this desire to see more students who shared parts of my own identity represented in prestigious educational institutions led me to join Teach For America.

I wanted to return to my home state so that I could influence students with similar backgrounds and help them fulfill their own dreams. I firmly believe that Appalachian students are just as talented as students anywhere else and that they should not let their circumstances hold them back from chasing their dreams. As a testament to this, two students in my placement school have earned acceptance into Ivy League institutions in the past two years. Teach For America has given me the opportunity to become a role model for my students and has allowed my students to learn from someone who sounds like them.

I encourage all of my students to venture outside of Appalachia and see all that other places have to offer, but I also want them to know that it is okay to return home. Many of them often hear the same negative messaging about their home community that I experienced, and they think that to be successful they have to move away. I hope that I can serve as an image of what it looks like to be successful but still live and work in this beloved community that I call home.