Who Are The Last Three People You Texted?

After an alum showed a teacher candidate his text log, she decided Teach For America San Diego was the network to launch her career. 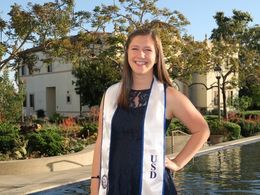 It adds up that Riley Evans became a math teacher in San Diego. Raised in a family of educators, math has always been Riley’s best subject, and her high school teachers encouraged her to study it in college. While at the University of San Diego, she was one of handful of undergraduates to earn a teaching credential at the same time as her mathematics degree.

When calculating her first step after college graduation, she reached out to an older, former classmate for advice. She wanted to know how she could make the biggest impact the fastest.

The classmate was Kevin Pelaez, a Teach For America San Diego alumnus turned math professor at their alma mater. She was struck by his quick ascent from high school to PhD student.

“I remember one thing he said that stuck with me: ‘The friends you make will last forever.’ He pulled out his phone and said, ‘I bet you right now, the last three people I texted were all TFA corps members,’ and it was true. Even though had been out of corps for a year, he was still keeping in contact with his fellow corps members and had developed a bond professionally and personally with them,” she said. 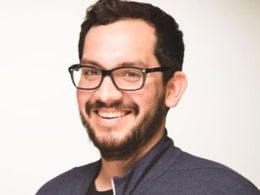 Kevin will begin his doctoral program in statistics at University of California San Diego next year, and is currently teaching classes such as remedial math and geometry for elementary school teachers at USD. He cites the support from his TFA San Diego peers as a difference-maker. He beat a cancer diagnosis while teaching, and earned a Teacher of the Year award at his school based on his students’ achievement.

“It’s as simple as having a group of people from different backgrounds, teaching different materials, who you can text to go over lesson plans, to go over what you want to try with your students, to just go over and hang out with while you work,” he said. “These people understood the teaching part of me that my other friends didn’t. That’s huge because some days you feel your lesson plan sucked, and you need to hear something new, something you haven’t tried, and borrow it.”

Riley listed San Diego as her first regional preference, and got it. She is teaching four sections of 9th grade algebra, one section of personal finance and is enrolled in the Johns Hopkins University online master’s program for corps members. She lives with two corps members, and another two corps members teach at her charter school, Guajome Park Academy.

“I agree with everything that Kevin’s said. I’ve already made connections that will last beyond the corps.”

Riley is also finding ways to push the next wave of math students and teachers forward, an effort that aligns with TFA San Diego’s commitment to improving STEM education for low-income students who may otherwise be left out of the local innovation economy.

She reinforces that her freshmen are completing higher level math problems. For those who demonstrate their work on complicated solutions, she writes notes saying: You should think about pursuing a career in mathematics.

“When I was in high school teachers did that for me and it really changed my direction,” she said. “I don’t know if would have even thought I could study math in college if I didn’t have that encouragement from my teachers in high school.”

1995: Born into family of educators in a suburb of Portland, Oregon

2012: High school teachers tell her she should pursue math as college and career

2016: Applies and is accepted to TFA and Johns Hopkins University