For the first time, two alumni candidates are on the ballot. Both campaigned on the need to close the racial opportunity gap. 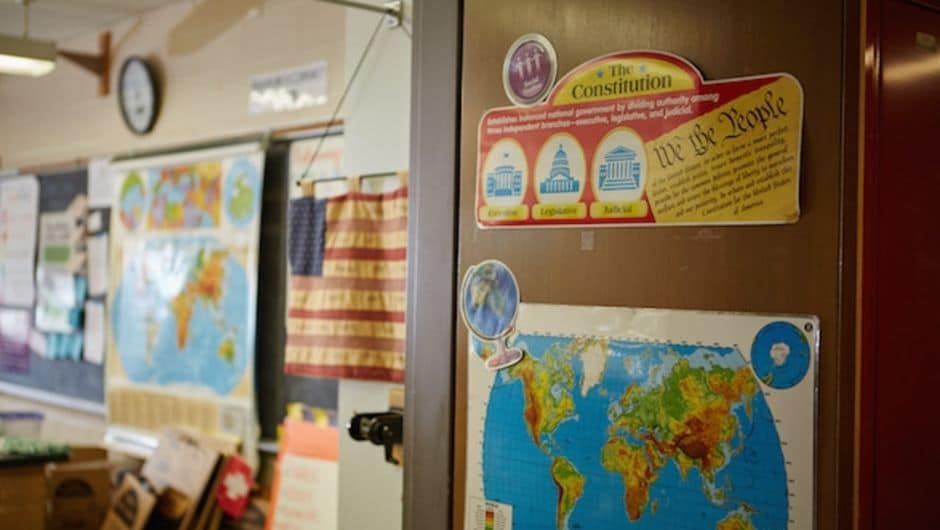 Two Teach For America alumni vied for spots on the Seattle Public Schools board for the first time this fall, and they drove the conversation on how to address deep educational inequity in Seattle schools.

Chelsea Byers (Bay Area, ‘06) challenged a two-term incumbent in District 7, while Omar Vasquez (Phoenix, ‘05) competed to fill a vacancy in District 5. Both new to politics, they came up short in the vote tallies—but are looking to build a network for equity-minded candidates in races to come.

We spoke with Chelsea and Omar in the final days of the race about their time in the corps and how disparities in graduation rates and student achievement—that fall along race and class lines—were a point of contention on the campaign trail. Chelsea, what was your experience like serving as a seventh-grade math teacher in the Oakland corps?

My corps experience was difficult, but also great. I had a really wonderful teacher coach and incredible support during my first year in the classroom. I worked at a school with really amazing families who wanted the best for their kids, and didn’t always know how that was going to happen, but were always committed. My school was in a high-crime area, with gang violence and other violence, but the big thing that defined the school was the amazing families, the wonderful, funny, bright kids, and a principal committed to being deeply involved with the local community. I felt, especially by my second year, that it was rewarding to feel more and more effective and to move the needle with a lot of my students who were starting to learn algebra, which can be predictive of future success in high school and college.

I told my students—this was in 2006 when Facebook had just started to take off and they were asking to friend me online—I told my students, when you are 18, if you still remember me, I will be your Facebook friend, and gave them my email. A surprising amount did! The last couple years I have been in touch with several students, and I’m mentoring one as he finishes college and is finding his first job. It’s been really awesome to stay connected many years after.

Did the corps experience influence your decision to run for Seattle school board?

Absolutely it did. After being a corps member, I went to grad school, did other jobs, came back to the classroom, and I was always connected to educational equity work in some way. Whether that was volunteering with first-generation college students, or doing part-time work at an outreach program in London, it’s been a constant part of my life.

Moving to Seattle was eye-opening. It is one of whitest large urban cities in the West. I love the residents of Seattle—but I think many of us are more comfortable putting signs in our yard than reckoning with the issues of social justice, especially when it comes to talking about equity and about race. It was shocking to see the candidates who had already declared to run for school board. Some were uncomfortable talking about educational inequality, especially racial inequity, which to me is the most urgent issue facing the school board.

We also have a climate where our district is not fully funded. We have PTAs raising half million dollars a year in the wealthier areas of town to make up budget gap. Schools with more students of color raise $5,000 a year. More than that, we have this really strange dynamic in the city, where things like state funding are used to excuse the achievement gap. White and affluent voters find themselves being apologists for the gap rather than understanding that it is something that’s fixable.

I think that overlooks the deep institutional racism, frankly, that we have embedded in our system. As a white woman campaigning, I don’t know if white voters were more comfortable bringing this up with me, but a lot of people tried to bargain with me about it, that the test scores and graduation rate differences aren’t true, it’s just that our white students do really, really well. Well, that is what an achievement gap is. There’s a lot of mental gymnastics going on to excuse the deep inequality in our system. We’ve had a district that hasn’t made significant academic progress in closing the achievement gap, while we have neighboring districts that are virtually closing them. That is a leadership issue. 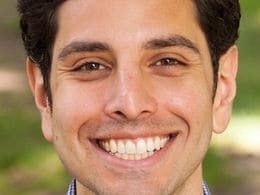 Omar, you note on the campaign trail that you would be the first Latino on the school board. How does the historic nature of your race intersect with your approach to eliminating the racial equity gap?

I approach this question through my own experience as a student and what I experienced through Teach For America. I grew up in Texas. My mom was an immigrant to this country. I was raised by my grandparents in southwest Texas. Schools are segregated there, which I don’t think I fully appreciated at the time. I went to college in the East Coast, which was a completely different world, and then did Teach For America in Phoenix. It was very similar to El Paso and San Antonio, with the racial segregation in schools and the wealth divide, but in Arizona, you add more a twinge of racial hostility through the likes of Sheriff Joe Arpaio. It’s pretty nasty, intentional overt racism. When I got to Seattle, I just thought it would be a racial equity utopia, a liberal utopia. I started to work in education nonprofits out here and education finance litigation and just living in the city, you realize you have a lot of the same problems. I was shocked at how similar the inequities are to Arizona and Texas.

One of the differences though, is that I joined the Mayor’s Advisory County last year. It’s a group the mayor convenes to design policy solutions. One of the people in the group made a point that the organization had to list as its goal racial equity to improve outcomes and achievement for students of color, in particular, black students, particularly given that our district is majority minority. It was something to get excited about, sharing that mindset.

But what I’ve come to learn is that equity means different things to different people. To some people, it really is about fighting the fight and realizing that schools were not built to be equitable places. Achieving equity means re-imaging schools and activating student power. But on the other end of the spectrum people say we don’t have enough money from the state, so we cannot fix the equity problem. It’s almost an excuse for inaction. That is something I’ve been calling out in the campaign. It’s something that Chelsea first articulated, so credit to her.

What does it look like to close the achievement gap?

As you know, there’s no silver bullet. There’s a million bright people who have studied it, researched it, are still in the classroom, doing the work to organize, and working at nonprofits that know the answers. One of my tasks would be to engage these people and have them participate in the process. They have been shut out. The answers I think are what people in the TFA world would expect: high expectations, rigorous content, and developing good relationships. Every kid should have one adult in the building who will not give up on them no matter what.

What should other alumni consider if they want to run for office?

Chelsea: Words have power. More than half of school board seats are uncontested or have just one candidate. People who have been educators should run, and should not be dissuaded by the vitriol, the online hate speech, the gauntlet. Being a candidate does give you a public microphone. There’s value in that, too.