Teach For America Alum Works To Build Opportunities In Nevada

How Manny Lamarre (Miami-Dade '09) is expanding economic opportunity in the Silver State. 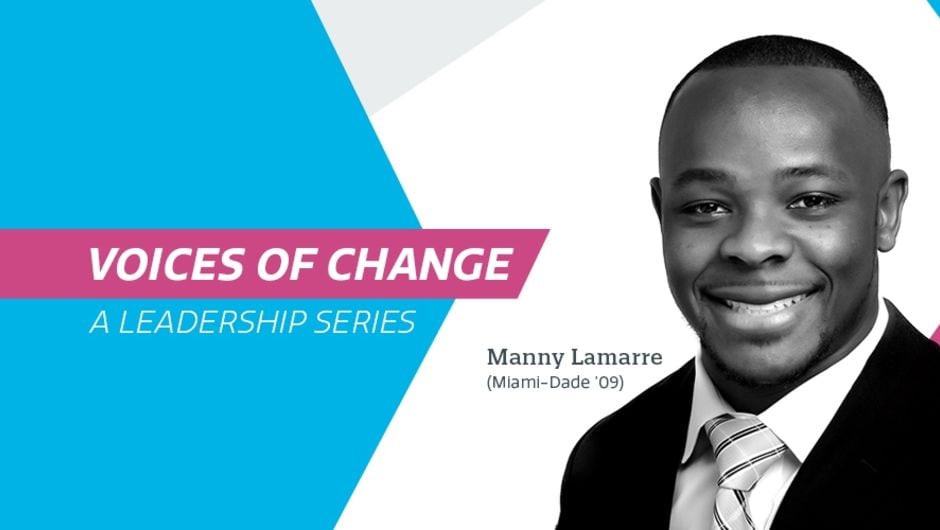 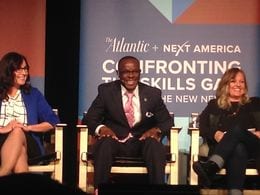 Lamarre discusses the future of education and workforce development on a panel hosted by Atlantic Magazine.

A year later, Lamarre leads at the intersection of workforce development and education, where he's expanding economic opportunity by creating new career pathways on in-demand fields.

Lamarre says his time as a teacher in his hometown, of Miami, prepared him for working with the critical policy issues he now seeks to advance.

Growing up in Little Haiti, Miami

Lamarre understands the human elements and nuances that hold back students living in underserved neighborhoods.

Lamarre came to America at age 7 from Haiti. Raised in Miami, Lamarre grew up in the northwest neighborhood of Little Haiti—one of the poorest areas of the city.

As a kid in school, Lamarre made friends and acclimated to his new home. He switched schools several times, however, and was eventually awarded entrance into an all-boys Catholic school, where he played sports. He then attended Wittenberg University in Ohio, where he studied political science and set his sights on law school. By his senior year, however, Lamarre felt conflicted.

It was then that his philosophy professor handed him Whatever It Takes—a book about the effects of poverty on the spectrum of children's education.

"At the time, I thought I wanted to go to law school, but I also wanted to help others. I wasn’t sure how, though, or in what way," says Lamarre. “I read Whatever It Takes in an evening and immediately saw how I could make a direct impact on students living in challenging areas.” 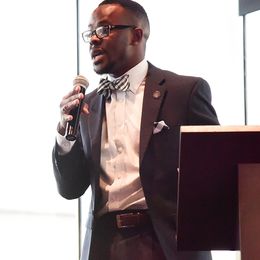 Returning Home for Teach For America

Lamarre joined the corps and went back to Florida to teach first and second grades in the community that helped define him.

Coming back to his old neighborhoods as one of the few black male educators in his school, Lamarre understood the breadth of the positive impact he could have leading in the classroom. Being an educator was a rewarding experience—but also one that came with its own set of challenges.

“I knew these kids’ parents, played basketball with their cousins. And like many peers I grew up with, many of my students were not advancing. Many were getting held back—I became very frustrated with the educational policy I saw as an educator,” says Lamarre.

After his first year in the classroom, Lamarre began to split time between a mentoring program for at-risk boys and the school's advisory council, where he served as a chair.

Harvard and a New Career Path

After three years teaching, Lamarre enrolled at Harvard Graduate School of Education to pursue his dream of impacting the world of education as a policymaker.

"While I was teaching, I was asking myself how I could impact students on a much broader basis, and for me, policy was the answer," says Lamarre.

Upon receiving his master’s degree from Harvard, Lamarre worked as a year-long fellow at the Communities Foundation of Texas in Dallas through Education Pioneers—a highly selective program that recruits, trains, and connects leaders dedicated to transforming education by filling top leadership and management positions in education. In Dallas, Lamarre also conducted research on student disciplinary policy and provided thought leadership to the president of the Dallas School Board.

Through his work in Texas, Lamarre accepted a Leadership for Educational Equity (LEE) Public Policy Fellowship in the Governor's Office of Nevada, where he worked with schools and communities across Nevada to implement aspects of Governor Brian Sandoval's new multimillion-dollar education agenda. Nine months later, the governor personally promoted Lamarre to head the newly created Office of Workforce Innovation (OWINN).

“Nevada's economic success and recovery require the state to develop a workforce that is ready to meet the demands of the new Nevada economy. This office will ensure that our limited resources are spent prudently and strategically," said Governor Sandoval at the launch of the new incentive. “I am proud to appoint Manny to this new position and am confident he has the right experience and character to lead this effort.” 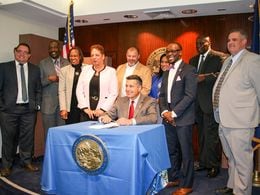 At the signing of SB516, a critical workforce bill, which Lamarre introduced, expands apprenticeships in high-demand and high-growth areas—the bill also made OWINN a permanent office.

Where Workforce Development Meets the Classroom

Nevada has been hit hard by recession and once led the nation in unemployment, bankruptcies, and foreclosures. But the governor has expressed confidence that the recently passed and established OWINN will help foster economic growth in the Silver State.

“We want to get our K-12 schools aligned with helping students develop the skill sets required for in-demand occupations,” says Lamarre.

Besides working to prepare all K-12 students for college and career success, Lamarre works across sectors to increase the number of Nevadans with postsecondary degrees and credentials, as well as increase employment outcomes in training and credential programs, which would have an impact on household income.

He views his work at OWINN much like that of a point guard.

“We are the ones coordinating movement, engagement, alignment, and communication within Nevada’s workforce ecosystem when creating statewide workforce policies, strategies, and career pathways,” says Lamarre.

When asked about skills from the classroom, Lamarre is quick to point to the value of community and forging relationships.

“As in the world of policy, being an effective teacher is about building relationships with students and the community,” says Lamarre. “My years leading in the classroom absolutely paved the way for me to effect change on the policy level today.”