Miami-Dade Alum Justin Pinn knows the impact of having diverse voices on boards in his community, so he’s recruiting area alums to join in this important work. 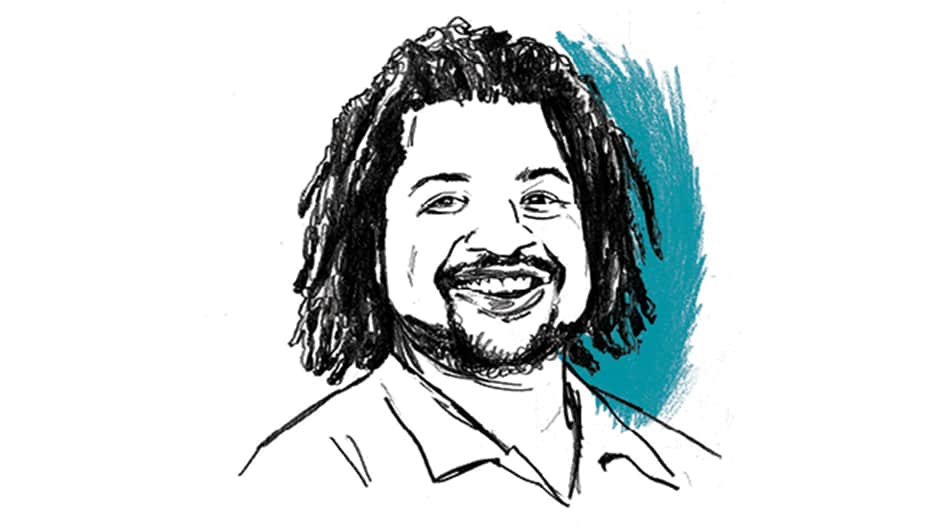 With a $5,000 grant from the Knight Foundation, Justin Pinn (Miami-Dade ’13) has set out to attract 100 alumni to fill a fraction of the vacant seats on volunteer advisory boards in Miami-Dade County.

Pinn himself served on an advisory board formed to address police brutality. “Board work involves being uncomfortable because you are advocating for those who need it most,” he says. When volunteers persist, “that’s where the best transformational growth happens. It needs to be done so that five years from now, Miami will be a better, more inclusive, more equitable place for all our families.”

Pinn (who directs alumni work in TFA’s Miami region) spoke with One Day about who he thinks is qualified to join a board (spoiler: you), and why the time to join is now.

From limousines to living wages, there’s a board for it in Miami-Dade County. Here are 100 vacancies that were open for your consideration at print time, Miami residents.

BOARD AND NUMBER OF VACANCIES

You just wrapped up four years on a federally-mandated citizen advisory board that you joined by chance. How did that happen?

A friend’s Facebook post said the city of Miami had to form a board with an independent reviewer and a panel of civilians because, between 2008 to 2011, the city had multiple cases of excessive use of force by police on unarmed Black men. Seven of those men were shot and killed. I didn’t think I was qualified. I had only been in Miami for three years. But then I thought, I’ve had experiences. I’m a Black male. So I applied. I was a founding member and board chair for three and a half of those years, overseeing the federal investigation into the Miami Police Department.

“Civic board member” can read like resume padding. Paint the impact picture for us.

There are boards in your municipal, local, and county governments talking about climate change, water, police departments. These are the first touch points where community residents get the chance to weigh in on issues.

We had an incident in our community where a gentleman had been apprehended. Then an officer went up to him and did a running kick. It was recorded by a civilian bystander and sent to me via Facebook. Later that day at lunch, I saw a student I knew, crying. The man in the video was her uncle. That’s how small that world got in that one second.

The community advisory board was having a meeting that night. I told the student’s family to come. They got an apology from the city and police department. The apology didn’t undo the kick. It didn’t undo the embarrassment and shame. But it did provide justice in some ways. That’s real impact.

What problem does an advisory board matching service solve?

Our community has the nation’s lowest levels of non-electoral civic engagement. When I talk to people about boards, they say, “I wish I could do it.” And I’m like, “Well, you can.” But there is a lot of legwork. First, you would need to find out that a board existed, then call a commissioner to potentially get a meeting. They might direct you to a website where links aren’t fully activated.

In partnership with CivicPro, I created a web application for people to share interests and their information to be matched to a board vacancy.

There are thousands of vacancies in the city of Miami, and not every board has requirements other than being a breathing individual. Obviously, we want more than that. We want equity-minded people with empathy and love for this community.

“We need more people to believe in government, to believe they have a voice and their voice matters.”

You’ve faced pushback and resistance to progress on boards. What have you learned?

Last year, the community advisory board’s paid independent reviewer—who was Tampa’s police chief—started running for mayor while still overseeing our agreement. We stopped getting reports of substance from her. People told me to stop complaining, “We haven’t been having any more police shootings, so we must be doing fine.” I thought, not on my watch. I don’t feel that I’ve given these seven Black men the justice they fully deserve. We recommended the city terminate her service, and instead the Department of Justice took over the last leg of the settlement agreement.

What I came to realize, especially after George Floyd’s and Breonna Taylor’s murder, was how challenging it is to ensure justice. It showed me the importance of being in the room, even as uncomfortable as it makes me.

How do you convince people that this is the time to take on more work?

On a good day, students I work with, the Justin Pinns of this community, have the deck stacked against them. And that’s on a good day. Now we have a pandemic, the Black Lives Matter movement, rising anti-Semitism, attacks on the LGBTQ+ community, xenophobia, an economic crisis—people are hurting. We need more people to believe in government, to believe they have a voice and their voice matters. You could ensure that voices are being heard. Maybe through all this terribleness that you’re experiencing, you can be part of the solution.