How Hannah Lofthus built the award-winning Ewing Marion Kauffman School to help fill the gap and give kids in Kansas City the education they deserve. 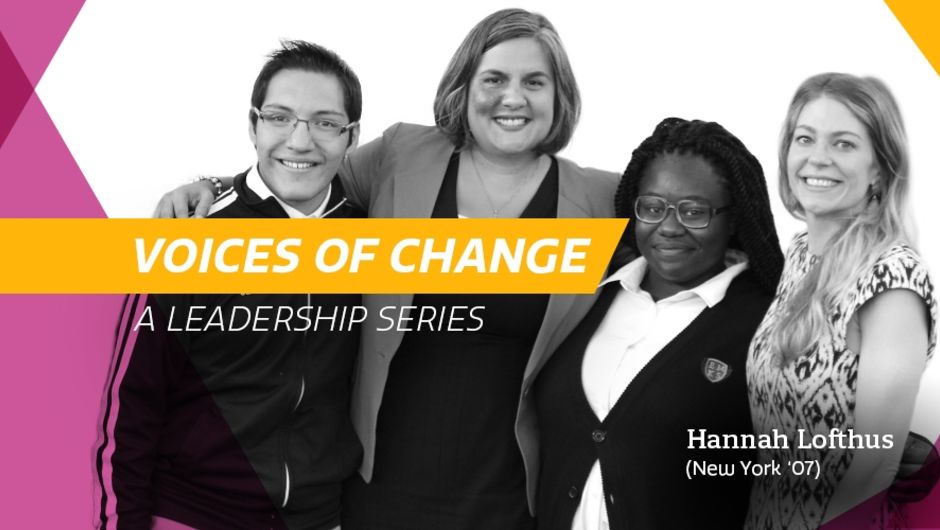 When Hannah Lofthus (New York '07) returned home from the corps in 2010, she spent the entire summer going door to door in Kansas City neighborhoods in search of a community perspective on education.

After gaining a ground-level view of her community’s experiences with the local school system and listening to the hopes and dreams parents had for their children’s academic future, Lofthus concluded that kids in her hometown were not getting the education they deserved. Determined to fill the gap, Lofthus would go on to found the award-winning Ewing Marion Kauffman School—a network that includes two middle schools and a high school. 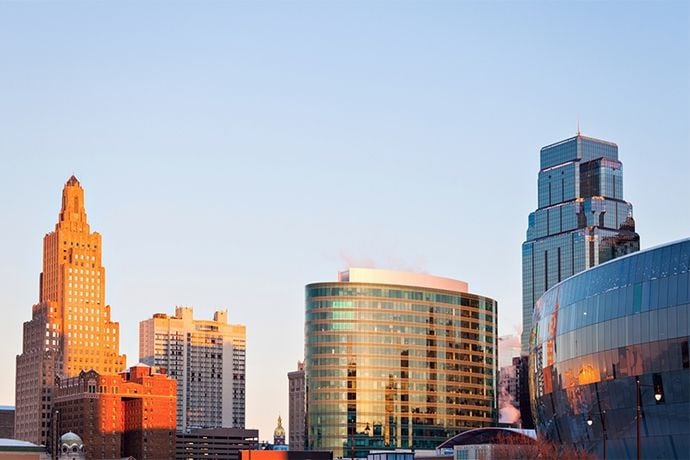 After her time in the corps, Hannah found her calling back at home in Kansas City.

From Kansas City to Brooklyn and Back Again

Originally from Kansas City, Lofthus attended the University of Missouri–Kansas City Honors Program. The classroom was initially not on her radar. “I was heading for law school when I founded a service organization and mentoring program in the Kansas City public school system. After spending more and more time with the students and substitute teaching, it all clicked for me and made sense,” says Lofthus. “I knew my purpose was to serve my community through education.”

Lofthus joined the corps in New York City in 2007. “I had never been out of the country and hardly out of Missouri, and I was teaching in Brooklyn. It was a very surreal, awe-inspiring experience for me that I’m incredibly grateful for.”

“How can I serve better?” is a question Lofthus often asks herself. On her visits home, Lofthus began to realize Kansas City was the answer.

“When I returned [to Kansas City] on break, I was meeting with students I had worked with back in college, and stories about what they were experiencing after high school impacted me greatly. Their stories stuck with me. I felt like I was walking around with pounds of bricks on my chest because this was my community and it deserved better. Kansas City is my home and the best place where I could focus my energy,” says Lofthus.

Lofthus brought the experience and knowledge she gained in the corps back to Kansas City to found the Ewing Marion Kauffman School in 2011.

Since its opening, the Kauffman School has thrived. The school serves students from some of the highest-need zip codes in Kansas City. It is modeled after similar high-performing charter schools Lofthus visited while working with Uncommon Schools.

“After the corps, I traveled across the country looking at schools that were achieving high levels of academic success with students from primarily urban environments,” recalls Lofthus.

Because of her study of such schools, the Kauffman School continues to maintain high academic and character standards while applying creative, innovative tweaks to the traditional learning environment. For example, students at Kauffman engage in summer study abroad programs, internships, and on-campus college programs during their coursework at Kauffman.

Recently, Lofthus was awarded the Ryan Award for exceptional leadership in closing the achievement gap in urban K–12 schools. “This award is a reflection of something bigger,” says Lofthus. “What makes our school special is our team. This is the most powerful, selfless team. To see the lengths they are willing to go for kids continues to amaze and inspire me. They are always looking for new and innovative ways to partner with our families.”

Over 60 percent of Kauffman School’s staff consists of Teach For America alumni and corps members, including several of the school’s leaders. “We would not have been able to build our school if it weren’t for Teach For America and many other programs that have allowed us to hire the talent we need to lead our students to success,” said Lofthus. 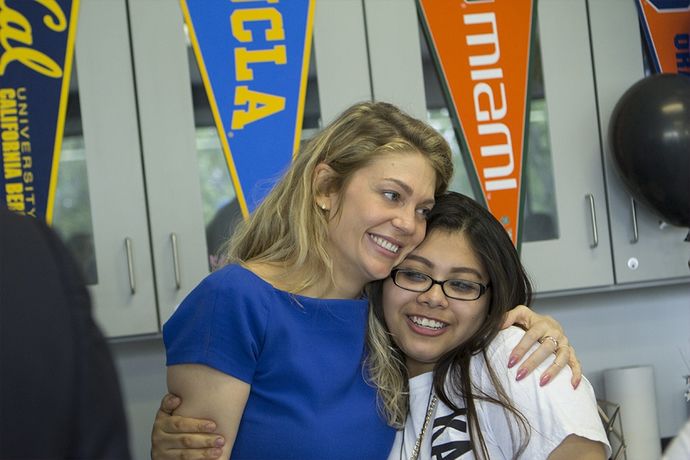 Lofthus received the Ryan Award for exceptional leadership after her students finished atop the state rankings in math and science scores.

The Kauffman School challenges students to reflect on different aspects of their social identities, family histories, and perceptions of themselves. Exploration of issues related to race, ethnicity, gender, and socioeconomic class is a major part of Kauffman’s culture—one that Lofthus believes supports communication and allows students to unleash their full potential. Faculty and staff are encouraged to do the same. “We need to push the conversation around equity,” Lofthus says. “Privilege, too. How do we turn the mirror on ourselves? We created professional development sessions to support each other and engage with the real issues. From there, our staff also started a privilege committee, where we discuss how we can further incorporate our equity work into all areas of the school and our community.”

Recently, Elisa Villanueva Beard, the CEO of Teach For America, traveled to the school. During a school tour led by student leaders, Beard inquired of Lofthus how the school was engaging and handling the recent shooting of an unarmed black man in Missouri.

“I said, ‘Ask our kids. They’ll be honest,’” recalls Lofthus. Beard later tweeted that the students’ powerful responses had “blown her mind.” “It did for me as well,” says Lofthus. “That students can feel that they can be heard—there was not a dry eye . . . I didn’t know what they were going to say. But whatever it was, I needed to hear it.”

One artifact Lofthus keeps from her first year of teaching in Brooklyn is a sticky note from a student that reads, “Things that are hardest to bear are the sweetest to remember.” “To be so young and have such wisdom in the face of adversity—the corps showed me a kind of strength I will never forget.”

“This journey has been the most eye-opening of my life,” says Lofthus. “I’ve witnessed our students, who came to us scoring in the bottom third of the state, now scoring top in our state.” “During the 2015–16 school year, we placed first in the state of Missouri with our math and science scores. I know that’s because of all the hard work that our kids and families bring to the table at Kauffman.”

“I can’t wait for them to not only walk across the stage and receive their high school diplomas but for them to go off to college and have their loved ones see them there.” Lofthus says, “That’s why I’m still here and in this work.”