Fueling the Movement in Austin 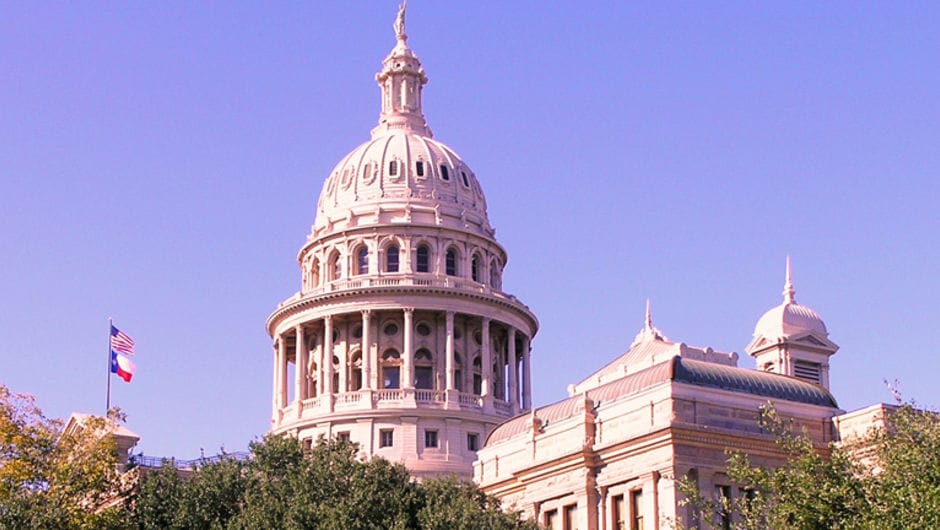 The city of Austin, Texas, has been a destination and hub for Teach For America alumni for a long time. Alumni from all over the country, and especially those who taught in TFA’s four Texas regions, flock to Austin for its vibrant culture, professional opportunities, and innovative spirit. Today, there are more than 800 alumni living and working in Austin. They’ve formed deep connections with the local community and one another and hold a presence across the systems that impact education, from classrooms to state offices.

What’s unique about this alumni community is its roots are self-organized and self-led. Alumni have been deeply engaged in the Austin education scene without an official TFA presence or full-time staff support. In 2008, alumni leaders took a step towards formalizing their network by establishing a board, making it the first TFA alumni board in the organization. 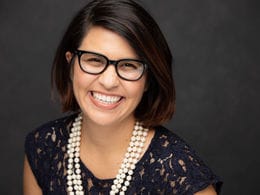 Now, after years of laying the groundwork, the Austin alumni community will become TFA’s first alumni region, led by a newly hired executive director, Christine Nishimura, a 2006 Los Angeles alum who has lived in Austin since 2009. Christine will lead the region’s efforts to galvanize the alumni base in Austin and strengthen ties with the community, schools, and local leaders.

Christine previously served as an attorney for Disability Rights Texas and most recently at the Texas Charter Schools Association, advocating for children and families and providing legal guidance to over 120 charter schools across the state of Texas.

By creating this alumni region in Austin, Christine says the alumni movement can be more strategic and organized around making an impact. She looks forward to creating space for more collaboration and learning among alumni working on similar issues so good ideas can spread throughout the network.

The region is also working to establish partnerships with Austin’s school districts to place alumni educators in high-need schools, particularly in high-demand subjects such as bilingual special education and advanced math and sciences.

"Now we can take the next step and start connecting alumni across all spaces to share ideas and learn from each other so that the success we're having starts to spread throughout the city," Christine says.

Building the Foundation for an Alumni Movement

When Christine moved to Austin to attend law school at the University of Texas, she quickly made connections with a large contingent of TFA alums who were also in the law program. Together, they helped create a restorative justice program at Webb Middle School.

What began as organically made friendships and informal happy hours among alumni living and working in Austin soon evolved into launching a leadership board. Christine joined the board as a member and later served as board chair from 2015 to 2017.

In addition to hosting social events during the back-to-school and holiday seasons, the board organized policy forums, where alumni could engage with local and state policies that impact education. The forums became a big draw for alumni and brought together community leaders, school board members, and others for panel discussions on immigration, Black Lives Matter, supporting DACA students, and how gentrification is impacting Austin’s neighborhoods.

“Over the years we added more and more learning events for alums to understand the history and context of the city,” Christine says. “We’ve found that that's really what our alumni want more of.”

Lindsay Fitzpatrick is one of many alumni who have been leading efforts to mobilize the alumni base in Austin over the years. After teaching in New York City as a 2004 corps member, she moved back to her hometown and ventured into the education policy field. She is currently a  cross-team lead for transition initiatives at the University of Texas in Austin and works with district, state, and higher education leaders to develop a math curriculum that prepares K-12 students to be successful in their first year of math once they get to college.

Lindsay joined TFA’s staff part-time in 2013 to strengthen connections within the Austin alumni network and help establish the foundation for what is now a thriving alumni community. She spent three years reaching out to as many alums as she could who were living and working in the city, meeting them for coffee and getting them to come out to events.

“In the early years, it was really about networking and getting people connected,“ Lindsay says. “We were trying to figure out where we fit in the landscape and what we could really do.”

“Every single one of us did our corps experience elsewhere. Alumni are opting into the work here because this work matters to all of us.” 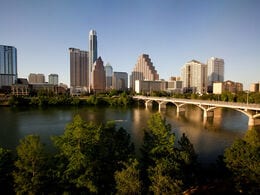 Visit the Austin Alumni Region page and learn how you can get involved.

Making an Impact in Austin

While many public schools in Austin are considered high performing, the city also has one of the largest opportunity gaps within its less-affluent neighborhoods. Over the last decade, alumni have focused on raising awareness around the gap and creating opportunities in areas of the city that are the most underserved.

That includes alumni like Allison Ashely Friedlander (Rio Grande Valley ‘04), who was named the 2017 Texas Teacher of the Year. Ashley was recognized for her work teaching third-grade bilingual education at South Austin’s Becker Elementary School. She has since joined the Texas Education Agency to focus on teacher leadership and compensation.

TFA alums in Austin have been active in founding and leading some of the region’s highest performing K-12 schools. Patricia (Trisha) Noyola, a Texas native, and 2006 Rio Grande Valley alum, currently serves as executive director of IDEA Public Schools in Austin, part of a statewide network of schools known for sending an extraordinarily high percentage of its graduates to college. While IDEA just celebrated its first graduating class in Austin, 95 percent of graduating seniors will be the first in their family to go to college. Trisha is leading the effort to expand from 14 to 26 schools in the coming years.

John Armbrust (Metro Atlanta ‘04) returned to his hometown and founded Austin Achieve Public Schools in 2011, which now serves students in grades PreK-12 in a high-need neighborhood in Austin’s east side. Since its launch, the school has grown from serving 100 to over 1,800 students and celebrated its first class of graduating seniors this past June.

“I always wanted to get back home to Austin,” John says. “But I wanted to come with a sense of purpose.”

And at the state level, James Talarico, a 2011 San Antonio alum, just completed his first legislative session this spring. He is the first TFA alum and youngest person to serve as a state representative in the Texas legislature.

Working toward impact takes work at the systems level as well, and alumni in Austin are actively engaged at the Texas Education Agency, which oversees education policy for 5 million students statewide. Over a dozen alumni currently work at the agency including two deputy commissioners, Lily Laux (Memphis ‘06) and Megan Aghazadian (New York ‘03).

“Due in large part to the connections created by the alumni board, everyone is so well-networked here,” Lindsay says. “There is a large group of super innovative equity-minded leaders to draw from.”

One reason the alumni movement is so strong in Austin is that alumni intentionally seek each other out when they come to the city, according to John Armbrust. The common bond they share around their corps experience and their passion for pursuing equity is the glue that holds the community together.

“Every single one of us did our corps experience elsewhere,” John says. “Alumni are opting into the work here because this work matters to all of us.”

What’s Next For the Alumni Movement in Austin

As Christine plans for what the next year will look like for the new Austin alumni region, she is eager to build upon the foundation of 15 years of work that alumni have already done and raise it to the next level.

That means providing more career planning and support for alumni entering leadership roles across the education ecosystem--from strong classroom leaders to district personnel, to those in the business and tech community.

And, with the Austin region being situated in the Texas state capital and the alumni network extending into TFA’s four Texas regions, Christine says alumni are in a unique position to effect statewide change. She hopes the network can be more engaged in the legislative and rulemaking process to inform education policy across Texas.

“This network of 800 plus alumni are working day in and out for kids and communities,” Christine says. “As a collective, we are stronger together and will continue to focus on improving outcomes and increasing opportunity for all students in the greater Austin area."