I Have Spent My Life Uplifting the Voices of My Peers

In this guest post, Emerge Scholar Amari Roberts shares the importance of giving young people a seat at the table. 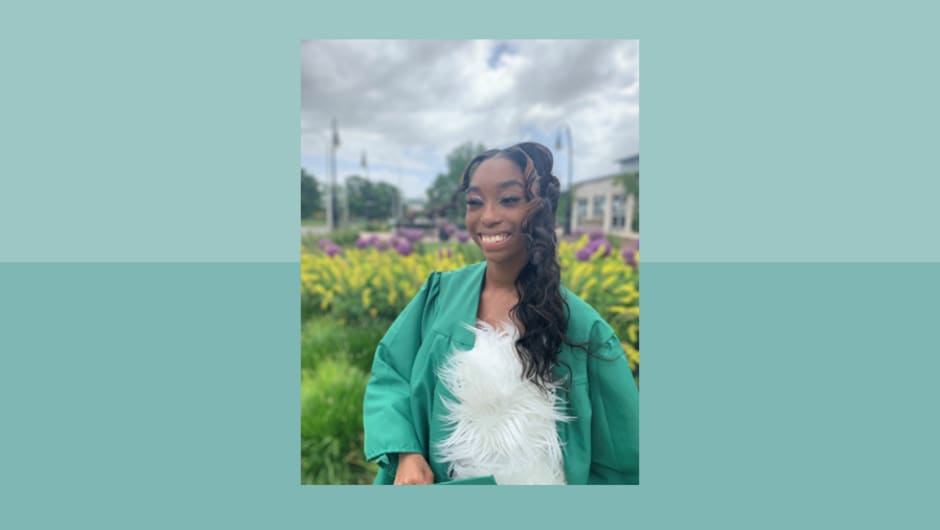 Adults often do not believe young people have much to offer, but I’m here to tell you that is completely wrong. The problem is that the voices of young people are left out of the room with the people who are making the important decisions. Young people need to be invited to share their opinions, experiences, and thoughts about the topics at hand, especially at school. In these exclusive spaces, decisions are made about school rules that affect what they learn, how they dress, how they are disciplined, how they are taught, and what social and emotional support they may need. But why is it that young people are not put into these rooms to share their voices with the decision makers? Their voices matter just as much as anyone else's. This is their education. They should have a say in the way that they are taught because at the end of the day, everyone wants the next generation to become the best version of themselves.

“Adults often do not believe young people have much to offer, but I’m here to tell you that is completely wrong.”

I have always been passionate about including the voices of me and my peers. As a young girl entering the sixth grade, I knew I wanted to be able to make sure my peers and I had a voice when it came to what affected us at school. I decided to create a student body that talked with school officials about what affected us as students.  I petitioned for my school to create a student council that collaborated with one of my teachers, who also believed that the school should have a strong student voice. As a collective, we were able to start an election and have students from each grade run for different positions within the student council. As students, we got the chance to make recommendations, pitch ideas, and voice concerns on topics that concerned us. As a student council, we generated ideas with the teachers, staff, and students.

We were able to plan events that students wanted but most importantly, we were able to pave the way for the many students that came after us. Spearheading the student council was the start to my journey of supporting, encouraging, and empowering youth to insert their voices into spaces that concern them and spaces that may affect those they love and care about. I am truly passionate about being an advocate for youth and also creating spaces for them to get the support that they need.

“Spearheading the student council was the start to my journey of supporting, encouraging, and empowering youth to insert their voices into spaces that concern them.”

I am now a sophomore in college and even though I feel like I lost some opportunity to uplift youth voices due to the pandemic, I have still found some ways to empower, encourage, and support youth who want to insert their voices in rooms where they belong. I was able to be an intern for one of Mikva Challenge’s youth focused programs, the Neighborhood Leadership Initiative (NLI). NLI is a leadership program for 13-15 year old youth living or going to school in North Lawndale, Gage Park, and New City/Back of the Yards. Each session, youth get to know each other, engage in community-building games, and discuss and research issues around violence in their neighborhood. The ultimate goals are to gain leadership skills and meet with adult leaders, such as aldermen, to include youth voice in the changes they want to see in their communities. I feel so proud to have been involved with the Mikva Challenge because it has allowed a space for young people to be able to connect with decision makers in their neighborhoods such as their aldermen.

“Even though I feel like I lost some opportunity to uplift youth voices due to the pandemic, I have still found some ways to empower, encourage, and support youth who want to insert their voices in rooms where they belong.”

I plan to spend the rest of my life fighting to include youth voices into the exclusive spaces where decisions are being made that affect them. I will also always encourage young people to be involved more in their communities and empower them to create a change. I know it is a powerful feeling to see their experiences, opinions, recommendations, and personal story matter in their community and make a difference.

Amari Roberts completed her internship with Teach For America in the summer of 2021 as part of the Emerge Summer Career and Leadership Program powered by Invest for Kids and Chicago Scholars.