Heather Efaw: Focused on the Vital Importance of Early Literacy 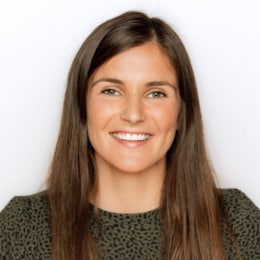 Heather Efaw has been a dedicated elementary school educator since 2008, when she began a two-year stint as a Teach for America corps member in Phoenix.

For the past three years, Heather has been at Future Public School, a Garden City, Idaho charter school focused on educational equity as well as science, technology, engineering, and math (STEM). She started as a literacy coach and currently is Future’s assistant principal.

Heather’s particular passion is early literacy. That passion was ignited by work she did in the Washington attorney general’s office before joining TFA. On that job, she was exposed to the state’s prison system. She learned in conversation with prison officials that one trait shared by many prison inmates was illiteracy, or at the very least a lack of literacy.

“That just stuck with me,” Heather said. During a TFA professional development session in Phoenix, Heather and her group met with a Department of Corrections official, who told them that the state bases prison bed projections on third-grade literacy rates.

“I always thought that was an urban myth, but here was the Department of Corrections sharing it with us,” she said.

Heather and her husband moved to Idaho in 2013, and she worked as a third-grade teacher and literacy specialist in the Boise School District until joining Future Public School in 2019. She was drawn to Future, then in its second year, by its commitment to providing full-day kindergarten to all students regardless of their families’ ability to pay (Idaho only funded half-day kindergarten at the time).

“I just thought it was incredible that they were offering that opportunity to all kids,” she said.

As a Future literacy coach, “I had a chance to support our teachers implementing our reading curriculum, aligning all of our data processes, and I also spent a little bit of time supporting kids who still needed additional support with literacy,” Heather said.

Heather is in her second year as assistant principal, but continues to support teachers in literacy instruction. The need became even more urgent in the wake of the Covid-19 pandemic, and the learning challenges caused by the disruption.

This year, Future is piloting TFA’s Ignite tutoring program, which matches college students across the country with small groups of elementary school students in need of some extra literacy support. The tutors are paid for their time and are prospective TFA corps members.

Ignite at Future is being managed by sixth-grade teacher Natashia Sylvia (Idaho '19), and the program focuses on the school’s third- and fourth-graders. “They were our kindergartners and first-graders when the world shut down on them, so we felt they could use the extra attention,” Heather said.

About 20 students participate in Ignite. They arrive at school at 8 a.m. four days each week and get 45 minutes of intensive, online help from tutors. That amounts to three extra hours of literacy support each week.

“All the research around what helps close the opportunity gap for kids shows that high-quality tutoring has the best outcome,” Heather said. “We are really excited by the opportunity to partner with TFA on this project.”

Ignite fits Future’s mission well. “Equity is an important value to our school and to our team, and so this allows us to meet the needs of kids who may need just a little extra support with literacy,” heather said. “They just need a little bit of extra support to be able to close the gap between where they're at and their grade level.”