How Madaline Edison (Twin Cities ’09) combined her passion for education and policy in Minnesota.

As part of our 10th Anniversary Celebration of Teach For America in the Twin Cities, we are sharing 10 stories of impact from corps members and alumni who are leading change in our community. Thank you for your support of them, and for helping us further our vision that One Day, all children in this nation will have the opportunity to attain an excellent education. 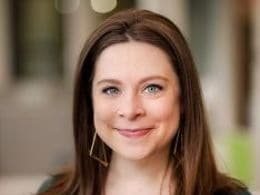 Growing up in Sioux Falls, SD, Madaline Edison spent hours volunteering in her mother’s elementary classroom. But she imagined a different path for herself when she went off to college. When she arrived on South Dakota State University's campus, she got involved with political campaigns, during the height of Obama’s first run for U.S. president, along with a campus women’s coalition.

“Through this experience, I became more aware and more committed to working on issues of social justice,” Edison says.

Edison’s first experience with Teach For America was through an internship with Leadership for Educational Equity (LEE), one of TFA’s partner leadership development programs. Edison had the opportunity to interview TFA alums across the Twin Cities community and to work closely with TFA leadership, which turned out to change the course of her professional journey. “I fell in love with the community of changemakers that are part of Teach For America.”

Edison joined the founding TFA Twin Cities corps in 2009 and taught kindergarten and first grade at College Prep Elementary. Three years in the classroom brought her full circle back to her days volunteering in her mother’s class. In Edison’s classroom, she was struck by the impact that policy had on schools and worked directly with parents to drive change. "We asked them what they wanted out of this school and worked really hard over those three years to deliver on that promise," Edison reflected.

Educators for Excellence (E4E), a nonprofit that ensures teachers have a leading voice in the policies that impact their students and profession, and saw alignment with the work she was doing in her classroom. In 2012, she became the founding outreach director for Minnesota and helped launch the Minnesota chapter by creating connections with the community. Now, as the executive director of E4E-Minnesota, Edison enjoys providing an opportunity for teachers to make an impact and support policy that elevates education.

Edison continues to engage with the vast TFA network that started it all. "TFA has been absolutely critical in shaping my professional journey so far, both in the classroom and beyond. I personally feel extremely fortunate for the network of support we have in the Twin Cities."

Learn more about Teach For America Twin Cities and save the date for our 10th Anniversary Gala Celebration on June 13!