#CenteringStudentVoices - What Do I Want for Myself? 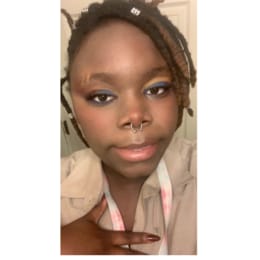 “I wanted to participate because I wanted my opinions to be heard by someone who might take it into consideration when thinking about what they want to do in their own life.”

I was once asked, “What do you want for yourself?” I had never given it much thought up until today. When I was younger, I wanted to be the same things that any other kid wanted to be: a doctor, an astronaut, or a firefighter. Since I’ve gotten older and gotten more mature, my list of future careers has gotten a lot more personal to me. I have now narrowed it down to becoming a chef in the near future.

I’ve been cooking since I was 8 years old. Cooking has been an important part of my family for many generations. Every woman in my family learned to cook around the age of 8 as well. Ever since then, I’ve been cooking all the different foods that I could in my free time. I even was in my high school's cooking club for a while until the unfortunate pandemic. We cooked for many people at one time, so it was similar to maintaining a small restaurant. My dreams of becoming a chef have only grown with my age. Now that it’s almost time for me to begin looking for a college to further my education, I’ve started looking into culinary schools and their requirements.

Since I’ve conquered one of the hardest questions for a young adult,“What do you want to do after high school?”, I now have to think about the steps I'll have to take to realize my goals.

There are many tools and steps I could take to achieve my dream of becoming a chef. I believe the first thing that would need to be done is some research on culinary schools and schools with culinary courses. I would also need to work on gaining a skill set that includes having a lot of discipline, persistence, and comfort with change. With those skills and the drive to want to do more with my life, I believe I could go far with my dream of becoming a chef.