An NFL Cheerleader's Journey To Teach For America

The daughter of undocumented immigrants, Areli Carreon (Bay Area '15) is a first-generation college graduate whose eclectic talents have taken her to the pro football sidelines and the classroom as an educator. 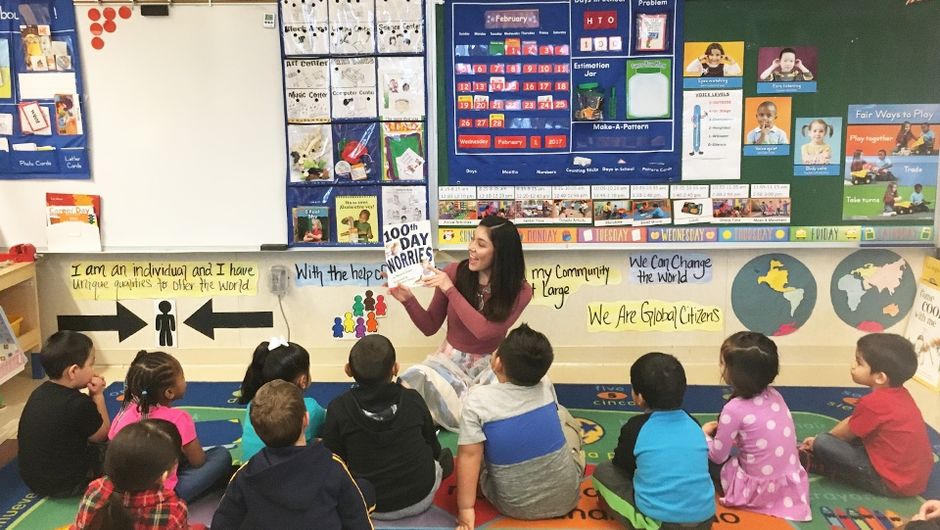 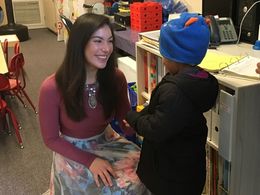 Areli's unique background has allowed her to connect with her young learners and their families.

As a freshman at UCLA, Areli Carreon (Bay Area ’15) didn’t make the cut at cheerleading tryouts, so she literally clawed her way onto the field the following year as the school’s mascot, Joe Bruin. She eventually made the team her junior year, and after graduation, became a cheerleader with the San Francisco 49ers for two seasons.

When Johns Hopkins University rejected her graduate school application, Areli didn’t sulk and move on. Rather, she wrote a passionate letter to the admissions office and got in on appeal. She’s now on track to earn a master’s degree in education with a concentration in educational studies/early childhood.

Perhaps that’s why joining Teach For America was a perfect fit for her unyielding personality. As an educator, being resilient in the face of initial failure isn’t preferred; it’s required.

"I love what I do, and TFA really brings out my ability to lead and share my philosophies," says Areli, who is in her second year teaching pre-K in San Pablo, California. "It’s such a special feeling when one of your students doesn’t think they can do something and see them over time develop that belief in themselves."

Growing up in Fresno, California, Areli was the only child of undocumented immigrants from Mexico. Their sacrifices did not go unnoticed.

"My mom stopped going to school after third grade and my dad made it to sixth grade so they could work and provide," she says. "My dad often tells me, 'I have worked with my hands my entire life so you can work with your mind,' so that’s why I value education so much. It opens so many doors."

Her quest to fulfill her academic potential led her to UCLA, where she majored in linguistics and philosophy. But her time as a Bruin wouldn’t have been complete if she wasn’t able to pursue her other passion: cheerleading.

"It’s amazing. When you’re performing in front of 90,000 fans at the Rose Bowl, or about 70,000 at Levi’s Stadium, to me, the colors are brighter," she says. "I respond so much to other people’s energy. I feel like the fans are watching the game, but I’m mainly watching them enjoy this experience that we have together."

Now she’s bringing that same mindset to her pre-K classroom.

“My dad often tells me, 'I have worked with my hands my entire life so you can work with your mind,' so that’s why I value education so much.”

"I chose early childhood because there are so many statistics that show how important it is, like how 80 percent of our brain is developed between the ages 1 and 5," she says. "I wanted to do my part to help families be advocates for their children at a young age."

Though cheerleading and the classroom might seem worlds apart, Areli sees them intertwine in several ways.

"You have to be theatrical and fun," she says. "I dance and sing with my students all the time to keep them engaged. Preschoolers can make teaching feel like performing."

Perhaps the most important parallel between cheerleading and teaching for Areli is the community-building aspect. "My favorite part of cheerleading for the Gold Rush is doing charity events and meeting young fans," she says. "I get just as enthusiastic when I meet students and their families.

"Success in the classroom all starts internally and being able to understand what they’re going through. It means trusting one another enough to be able to express our strengths and vulnerabilities, so we can build each other up and create the type of culture that positively transforms communities."

Areli emphasizes making home visits to establish an early rapport with them; parents have already raved about her willingness to go the extra mile.

"It’s great to have a young teacher who has the energy she brings every day," says Jaquela Hampton. "Seeing my son Teari bring home what he learned and being so excited to show me his homework tells me he’s adjusting so well."

One day, Areli hopes to bring Teach For America’s mission to her hometown in Fresno. In the meantime, she’ll continue to pass on the lessons she’s learned on the sidelines and in the classroom to her students.

"As a cheerleader, you’re a representative of the 49er Faithful," she says. "Whether you’re winning or losing, your smile shouldn’t change. You either win or you learn something, and I think that attitude carries over to everything I do as a teacher with my kids."