Participating in Teach For America’s Accelerate Fellowship, I forged meaningful relationships that helped me grow professionally and personally. 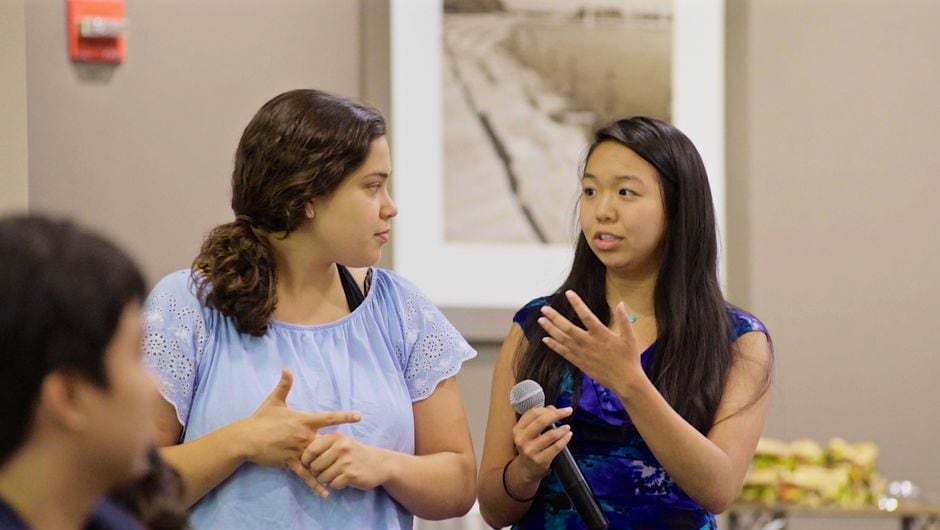 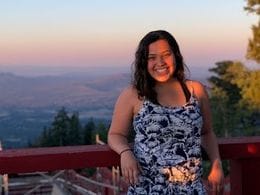 I grew up in an environment that did not encourage questioning. I was taught to never defy authority and definitely not to “slap the arm that fed me.” The people I met at Northwestern during my first year inspired in me just the opposite. I realized my critical eye on life was always there; college was just what helped break the shell.

College forced me to now be in the habit of questioning everything from why society wanted me to wear a blazer and slacks to a job interview to why a zip code determined a child’s future. Relationships are very important to me, and I have tried my best to ensure that my occasional critical feedback does not affect those relationships. At the end of the day, however, words, when said the wrong way, hurt—especially when they come from someone you respect.

Last summer, I participated in Teach For America’s Accelerate Fellowship, a paid internship that allowed me to delve into impactful work, while learning and growing professionally. It is a program built on relationships—with other Fellows, the program team, and the partner organizations. The relationships I built through Accelerate have pushed me to be more mindful and empathetic in how I interact with others.

On a warm August afternoon, near the end of my Accelerate Fellowship I was on a walk through Millennium Park with one of my closest friends from the program. We were lucky enough to have a relationship built on openness and sharing what was on our minds no matter what. Throughout the day, I had a feeling something was bothering her. She had met some of my school friends the previous day and I could tell that some situation had made her uncomfortable.

On the walk, she revealed that something had indeed made her uneasy. She was a bit troubled with a situation that happened with one of my friends and how I handled it. She felt I lacked empathy when my friend may have needed me the most. I could feel my heart stop as we both slowed our walking down. I couldn’t produce the words to say that my friendships are paramount to me so her words hit hard and hit close to home. I, knowing my friend, didn’t think twice about the situation after it happened. Sure, I may have been a bit critical or hard on her, but, in the moment, I felt I acted appropriately. 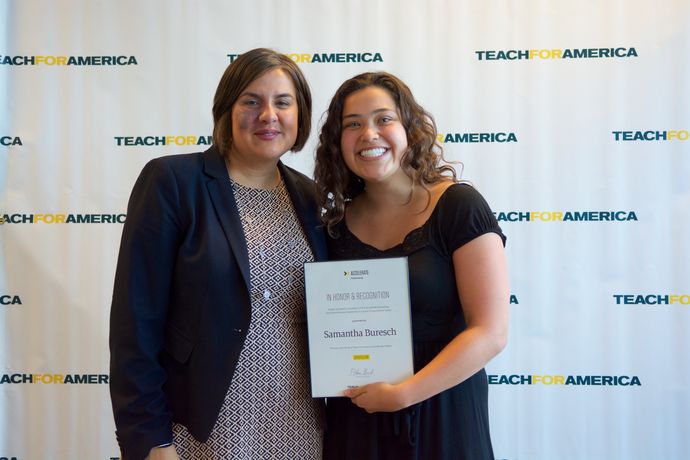 The Accelerate Fellowship is a paid rotational summer internship for rising undergraduate seniors interested in jump-starting a career of social impact and learning more about Teach For America. Accelerate Fellows join in the fight against educational inequity alongside Teach for America corps members and alumni by tackling work over the summer that intersects with education all while growing professionally. In the summer of 2018, Fellows worked in New Mexico, Nashville, and Chicago. Learn more about Teach For America's internships and college programs.

A few days later, I was sitting in a coffee shop in the West Loop neighborhood with my program director (PD). The two Accelerate PDs supported Fellows’ professional and personal development throughout the program. My PD made it a point to form meaningful relationships with each his fellows through one-on-one coaching meetings. I had formed a special connection with my PD and I owe much of my growth during the summer to him. Our final one-on-one meeting in that coffee shop covered many things, from how I felt about the program ending to what I got out of Accelerate to anything else that was on my mind.

I shared with him that I disagreed with the marketing tactic that my partner organization was using to improve employer relations. One function of my partner organization was to train employee partners to become leadership coaches for low-income college students who may need extra support with career preparation (resume-building, networking, and the like). I was uneasy selling the idea as a leadership development opportunity rather than an opportunity to mentor college students.

As I explained my thoughts on this, I noticed my PD’s eyes look up—he was clearly finding a way to properly articulate his response. He encouraged me to picture myself in the shoes of my partner organization’s leaders. They needed to find a way to attract the most qualified employees to serve as coaches to their college students. Phrasing the program as a leadership development opportunity would encourage employers to have their employees take part in the opportunity. My PD then shared with me that while he believed I possess a great deal of empathy, it is a skill that we all should continue to work on.

Over the last couple of months, I have been reflecting a lot on how to most effectively build empathy. I truly believe that you can build empathy for anyone if you take the time to deeply listen to their story. I also believe that through being vulnerable and through being my authentic self, I can build a space in which people feel comfortable sharing parts of themselves. Having said all of this, I don’t think being critical and being empathetic are mutually exclusive. I wish to teach my future students how empathy may propel someone to ask the critical questions that move toward action.

I want to take the space to thank my 2018 Accelerate cohort and the program team for impacting me beyond words and for pushing me to be a better version of myself.

Samantha Buresch is a senior at Northwestern University’s School of Education & Social Policy. Born and raised in the Chicagoland area, Sam enjoys walking around Chicago neighborhoods, Twitter, and talking about urban education and FGLI issues on college campuses.