Fighting Inequity From the Classroom to the Courtroom

Meet the alum who's channeled his passion into a career in law and scored a major victory for students in an Alabama school-desegregation case.

When the predominantly white suburban city of Gardendale, Alabama, announced its plan to splinter off from the larger Jefferson County School System and create its own school district in 2012, it immediately raised a red flag for education advocates.

Their concern: A racially and economically diverse school district would be split into two districts—one nearly all white and largely affluent, and the other, mostly Black and low income—leaving some students deprived of sorely needed school resources.

That’s when the NAACP Legal Defense Fund (LDF) stepped in. A coalition of attorneys, including the U.S. Department of Justice, joined in LDF’s fight to protect the civil rights of Jefferson County School District’s students of color. One of them was Gary A. Crosby II (New Orleans ‘09), who is an associate at the New York firm Milbank, Tweed, Hadley & McCloy LLP.

Gary and the LDF team finally achieved the victory they were fighting for: The U.S. Court of Appeals for the Eleventh Circuit ruled in February that Gardendale would not be allowed to splinter off and create its own separate school district and exclude Black students.

For Gary, this was not just a professional victory as a young Black attorney, but a personal one. He considers it a victory on behalf of his father, who attended a segregated Alabama school in the 1960s. And on behalf of his former students in New Orleans, who struggled with classroom conditions that reflected his father’s experiences with school segregation decades earlier.

“This case has given me the chance to use my skills as a litigator to ensure that every student is afforded educational opportunities that are free from racial discrimination,” Gary says. “I will continue to draw on these lessons throughout my legal career.”

Taking on cases like these was the reason Gary made the transition from the classroom to the courtroom. "As a former teacher, I am deeply concerned about the message of inferiority sent to Black students by Gardendale’s racially motivated separation efforts,” he explains.

“My U.S. history lessons often covered the American principles, ideals, and promises of equality of opportunity, education, freedom, justice, and fairness. However, many of these values were not reflected in the daily experiences of my students, who faced a multitude of obstacles in receiving high quality education and social services.”

Stout v. Jefferson Cty. Bd. of Educ. in a Nutshell

In this case, Gardendale officials denied they were motivated by racial bias and claimed they simply wanted "local control" over their schools. But LDF introduced Facebook messages and emails at trial that proved otherwise.

LDF’s efforts are actually a piece of a larger case that has been going on since 1965, Stout v. Jefferson Cty. Bd. of Educ., filed by Linda Stout’s father on behalf of his daughter and a class of Black schoolchildren in the county. He filed the lawsuit because he was concerned about the quality of education that Black schoolchildren were receiving.

While Gardendale’s plans to splinter off from Jefferson County are officially over, the Stout lawsuit remains ongoing, as LDF continues to fight de facto school segregation.

Gary says this case was his “dream case” straight out of law school. It gave him the chance to work with the renowned LDF team through his law firm’s pro bono fellowship, and to work on a lawsuit that could have a truly substantial impact on education policy in Alabama. “This case may help other communities to prevent these problems from occurring in their own school systems,” Gary says.

The case was also close to home for Gary, in multiple ways. Gary grew up just 45 minutes outside of Gardendale, in another small Alabama city.

“I heard stories about educational inequity from my own father, who grew up attending a segregated school for Black students in a small city in Alabama. The Black students and their white counterparts did not have the same facilities, resources, textbooks, and materials,” Gary says. “Several years after the U.S. Supreme Court’s landmark decision in Brown v. Board of Education, my father and other Black students were on the frontlines of integration when they joined forces with their white counterparts to attend racially integrated public schools.” 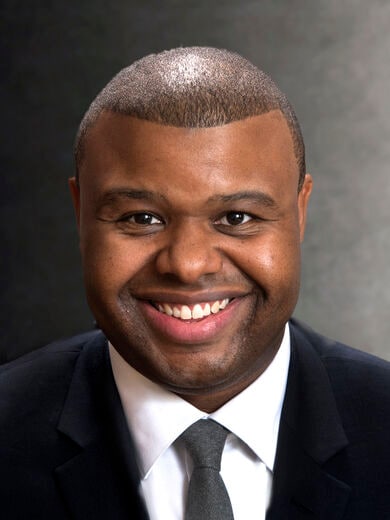 What Gary Saw As a Teacher

Before practicing law, Gary witnessed firsthand the effect educational inequity had on underserved students as an educator in New Orleans. He taught middle and high school social studies in a school district that was primarily attended by low-income, Black students who lacked access to basic social services.

While he says his experience in the classroom was rewarding, teaching his students about America’s founding principles when so many of them were not receiving the benefits promised to them under the U.S. Constitution was at times disheartening.

“My U.S. history lessons often covered the American principles, ideals, and promises of equality of opportunity, education, freedom, justice, and fairness,” Gary explains. “However, many of these values were not reflected in the daily experiences of my students, who faced a multitude of obstacles in receiving high quality education and social services.”

His two years in the classroom, followed by a year as a TFA staff member, led him to ask himself, “Why are my students dealing with these issues?” While pursuing an answer to this question through a master’s degree in social policy at the London School of Economics, Gary realized the power of law in shaping the very policies that determine how and where students learn. That’s when he enrolled in Tulane University Law School to become a lawyer.

Fighting for Diversity in Law

Gary is fighting inequity in the legal field as well, recognizing that the fight for educational equity requires litigators and advocates who can work with and learn from others.

Seeing the need for more diverse perspectives among the next generation of attorneys who will help to shape our nation’s future laws and policies, he, along with his friend and fellow Tulane Law School alumnus Robert A. Waldrup, started the Waldrup-Crosby Endowed Law Scholarship. The diversity scholarship will provide tuition relief, mentorship, and coaching to promising students from historically underrepresented groups, especially students of color, entering Tulane Law School—students who may otherwise not be able to follow their dreams of attending law school due to financial barriers.

As for those who may be considering their own future career in law, Gary says the experience he gained from teaching with TFA was “invaluable.”

“My TFA experience has shaped my legal career because so many skills from the classroom are transferable to litigation. Being well prepared and working well under pressure are just a few skills that come to mind,” Gary says. “Effectively communicating complex issues and concepts in simple and concise ways is another tool that I developed as a teacher and continue to refine as a litigator.”

He adds, “I strongly encourage students who are interested in a career in law to make TFA their first step.” 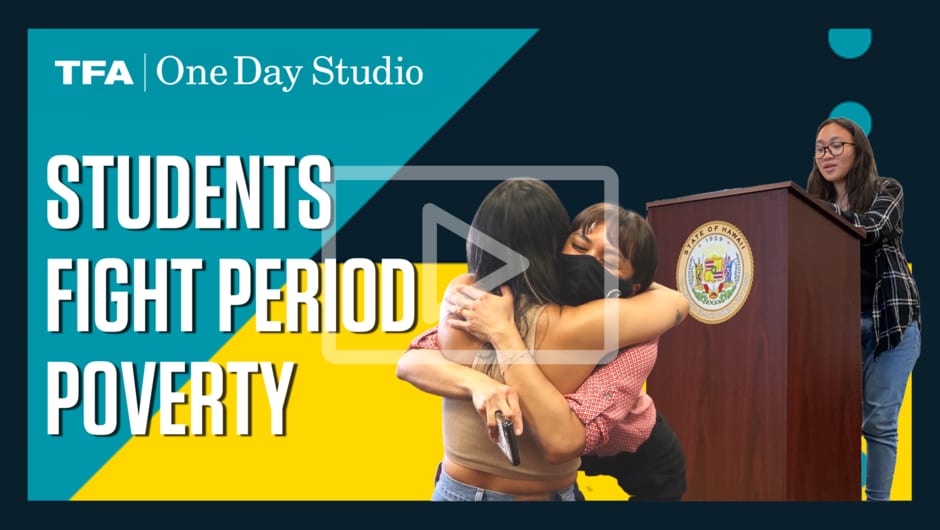 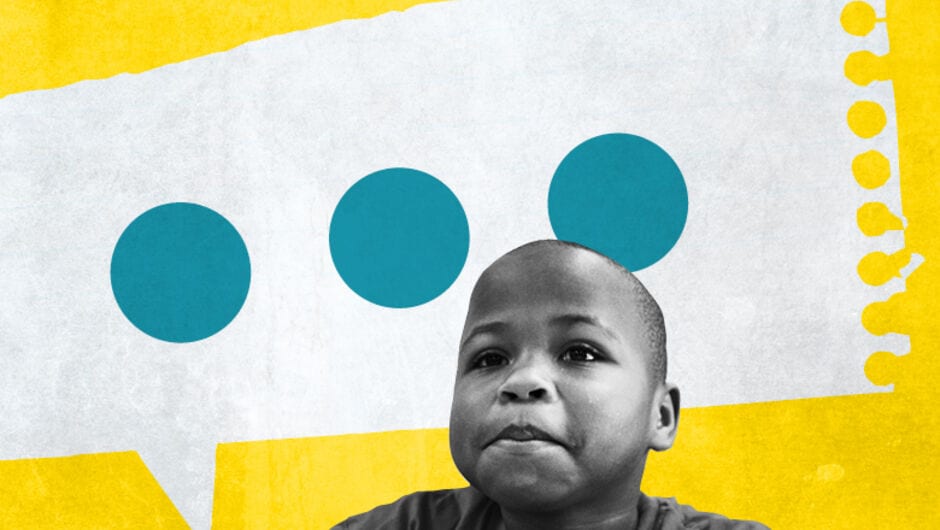 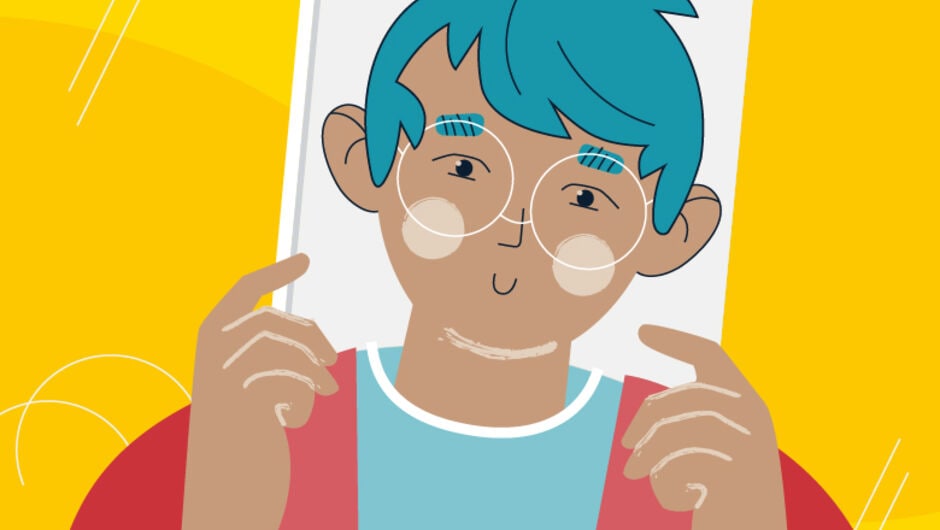