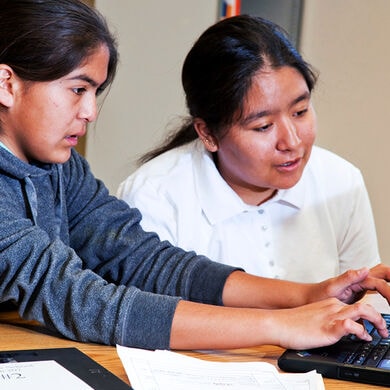 Persistent disparities in access to online education are widening opportunity gaps for these students. 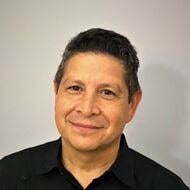 Many years ago, Adan Gonzalez was a high school student growing up in the rough and tumble Oak Cliff neighborhood in Dallas, TX, with dreams of going to college and leveraging his education to empower disenfranchised youth in his community.

Getting to college wasn’t normally an expectation in his neighborhood. But while helping his father, a janitor, clean college halls as a pre-teen, he began to develop his goals in education.

There was often no electricity, let alone internet access, in the apartment complex where Adan lived with his family. In order to complete homework and apply to colleges, Adan would make late-night treks to fast-food restaurants, where he’d use a borrowed laptop to scan for any publicly available Wi-Fi signal to fill out his college applications.

Fortunately, Adan was resourcefully indefatigable. He went on to Georgetown University for his bachelor’s degree, Harvard for graduate school, and then to Columbia University’s teaching college to round out his education. Today, Adan’s Puede Network is impacting thousands of kids like him in his old neighborhood.

But sadly, the situation he faced as a young student is affecting millions of Latinx students during the pandemic—except with even greater force—as many are being denied access to a quality remote education. I call this the "TechEdquity gap," and there is no vaccine around the corner to fix it. The educational crisis will last long after the health and economic crises are mitigated.

What used to be a homework gap—as Federal Communications Commission (FCC) Chair Jessica Rosenworcel refers to the issue that students like Adan have faced for years—has become a full-blown educational access crisis. It’s little wonder then that Latinx students are at risk of losing nearly 10 months of learning since the lockdowns began last March, according to estimates by McKinsey.

Keep in mind that five out of six Latinx parents aren’t able to work from home, creating a retrofitted, 21st century “latchkey” kid.  Except these kids aren’t coming home from school after being fed two meals a day or being taught. They are already at home, which is now school, and many are left to figure out how to get online to be able to simply learn—and many are not.

According to estimates by Bellwether Education Partners, up to three million students in the U.S. possibly haven’t attended zoom school since COVID-19 permeated every aspect of our lives, including our children’s education. Pulling from news reports and federal data sources, the team of researchers predict that between 10 and 25 percent of students in the most marginalized populations have completely missed out on learning for the past pandemic year.

In my hometown of Washington, D.C., “back-to-school” family surveys found that 60 percent of students lacked the devices and 27 percent lacked the high-speed internet access needed to successfully participate in virtual school.

“The educational crisis will last long after the health and economic crises are mitigated.”

The future of work is also being affected by the TechEdquity gap. Latinx students were already underrepresented in STEM fields for a number of reasons, including disparities in access to STEM courses in schools. One recent study by Deutsche Bank estimates that Latinx workers could be disqualified for 86 percent of jobs in the U.S. by 2045. How many talented Latinx students will lose out on the tech jobs of tomorrow because of today’s pandemic? America needs our youth to be educated and prepared to move our country forward.

We need to come together and create innovative solutions in this time of crisis. That’s why the organization I lead, the Hispanic Heritage Foundation, is doing everything possible to bridge this gap. We’ve partnered with NBCUniversal Telemundo Enterprises and Comcast’s Internet Essentials program to provide more than 1,000 Latinx families with free laptops and free internet service for a year so that students can continue with their studies.

We’re also teaching 100,000 Latinx children how to code in English and in Spanish by the end of 2021 through Code as a Second Language (CSL) in partnership with Google, KID Museum, Schusterman Foundation, and others because all children deserve a high-quality, tech-based education, especially as a supplement to their education during the pandemic. We urge schools to modify their curricula to be accessible on cell phones and other mobile devices so that we’re meeting families where they are today. Even an adapted curriculum is better than children losing out on learning entirely.

There’s far more than just academics at stake. COVID-19 is taking a terrible toll on the mental and emotional health of our children. Students without access to the internet are isolated from the familiarity and comfort of attending school. Even some students who can access remote education are losing their love for learning as they grow more disconnected from their teachers and peers. I worry this lost love of learning could last for at least a generation.

It’s clear that Latinx students are facing an educational crisis that can challenge their dreams and worsen disparities in graduation rates and college enrollment.

We need to be more creative, resourceful, and actionable like Adan to address the TechEdquity Gap for the sake of our students, communities, and our country.  Think about it: a 15-year-old Black, Latinx, or Native student with access to a device and Wi-Fi can reach more people in a split-second than Martin Luther King Jr., Cesar Chavez, and Gandhi could in their iconic lifetimes combined. That is unprecedented potential—if they have the tools. 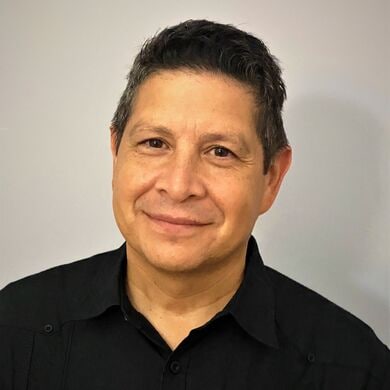 José Antonio Tijerino is president and CEO of the Hispanic Heritage Foundation, a national nonprofit focused on education, workforce, social impact, and culture through leadership and innovation. 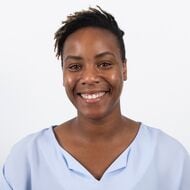 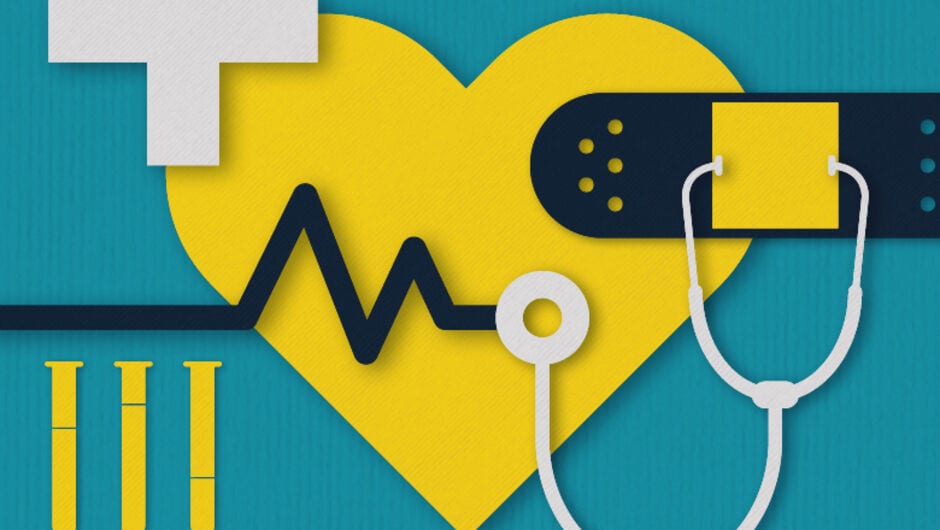 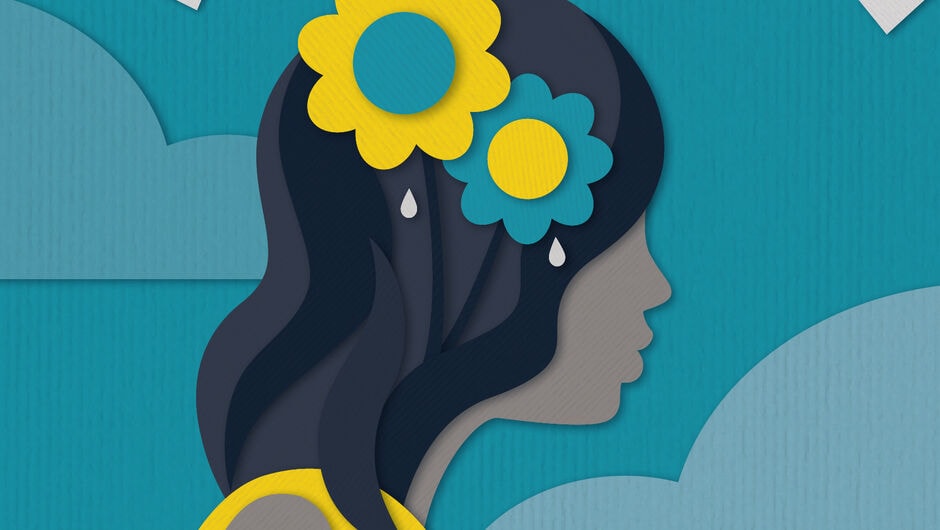 Working With My Hands Is My Self-care

A Black educator who has taught for almost 30 years explains the importance of self-care for K–12 teachers. 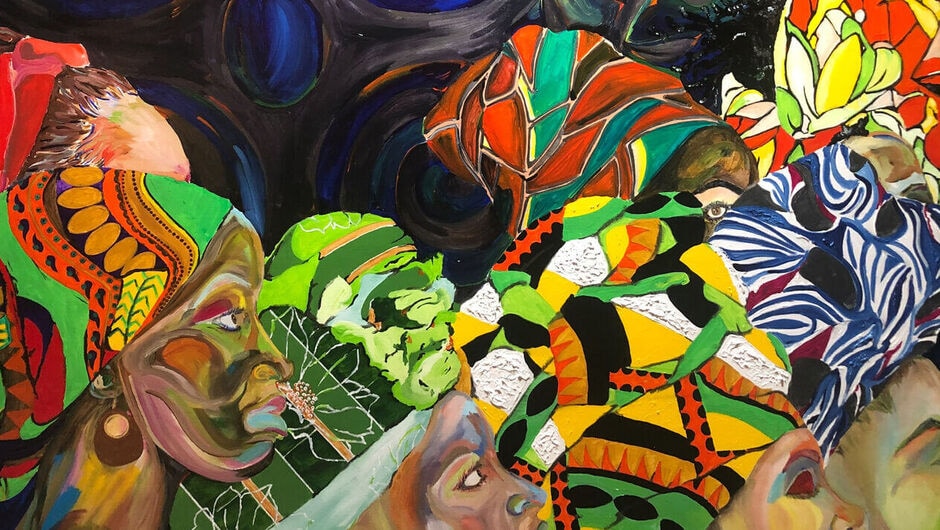