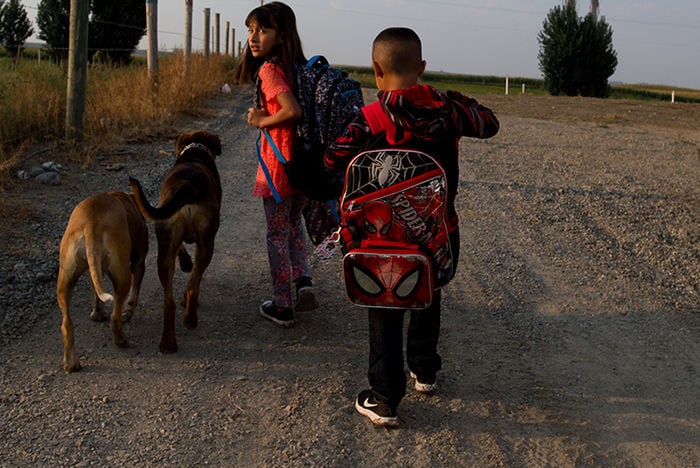 A diverse network of bold leaders is fueling the movement to eliminate educational inequity in Washington state. The collective impact of this movement, driven by transformational talent, teaching, leadership, and advocacy, is disrupting the system and moving the needle for our kids.

Famously known as the Evergreen State, Washington lives up to its nickname. From temperate rainforests and thick, tree-lined mountain ranges to rich agricultural land and river valleys, it's easy to see why so many people are drawn to this Pacific Northwest paradise. The Cascades (the largest mountain range in Washington) are so vast that they not only affect weather patterns here, but actually create two separate microclimates: rainforests to the west and semi-arid basins to the east, central, and south portions of the region. Ranked as the 13th most populous state in the country, Washington is as diverse in culture as it is in geography and climate.

Teach For America corps members serve communities in both the Greater Puget Sound and South Central Washington areas. West of the Cascade mountains, corps members in the Greater Puget Sound teach in traditional and charter schools from South Seattle to Tacoma. Federal Way, a suburban community where the majority of our corps members have taught since 2013, counts 97,000 residents and is known for its diversity—more than 100 languages are spoken in Federal Way Public Schools. East of the Cascades, corps members in South Central Washington teach in traditional public schools in the rural communities of Bremerton, Grandview, Mabton, and Sunnyside. This rich agricultural area is primarily Latinx, and many of our students are the children of migrant or farm workers.

Shift the Narrative for Kids in Washington

Washington is a state in which opportunity is plentiful, but access to opportunity is not. For those with all the privilege that comes with wealth, education, race, and class, life here can be full of economic, social, cultural, and political opportunity.  For those who are not as privileged, life can be very challenging and overwhelming. In partnership with many community leaders and partners, Teach For America's collective impact has begun to shift the narrative for kids in Washington. However, we have a great deal of work left to do, and we can only do it with the continued growth of a bold and courageous network of corps members and alumni leading the way.

Get in Touch with TFA Washington

More Girls And Students Of Color In Computer Science, Thanks To TFA-WA Educators

These Students Glimpsed Their Future Without Leaving Their Desks

The Gap Year That Turned Into A Career