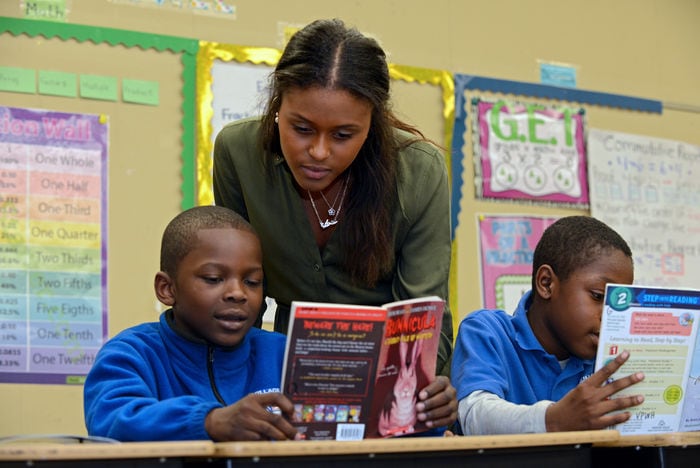 We’re working with communities in Cincinnati, Cleveland, Dayton, East Cleveland, Lorain and Trotwood as well as in Covington, Kentucky—to change the landscape of opportunity for children in the state of Ohio.

Every day, remarkable people in Cincinnati, Cleveland, Dayton, East Cleveland, Lorain, Trotwood and Northern Kentucky come together to prove what’s possible in public education in our region—some who sat in the same seats as their students do now, others whose seats looked dramatically different. They gather across lines of difference, because they believe as long as educational opportunity belongs to a privileged few, the promise of America will always remain beyond reach.

The history of inequity in our region is incredibly complex.

As a critical stop on the Underground Railroad before the Civil War, Cincinnati served as the gateway between two disparate futures: slavery and freedom. Centuries later, children growing up just a few miles from each other are still faced with drastically different life outcomes. Today, over half of Cincinnati’s children live in poverty, the second highest rate nationwide.

And children who grow up in Cleveland—especially those in predominantly low-income neighborhoods—experience vastly different academic outcomes than those growing up in more affluent areas. Only two out of every three students graduate high school and opportunities for those without a high school diploma or college degree are increasingly disappearing. Cleveland is one of the most segregated cities in the nation.

Rather than settle, we believe that change is possible. We're rolling up our sleeves alongside parents, community members, districts, and colleagues to make an impact for kids inside and outside of the classroom.

There is still much work to be done here and we are excited to take it on, because we know that when children are given the opportunities they deserve, they gain access to the freedom that accompanies an excellent education.

Get in Touch with TFA Ohio