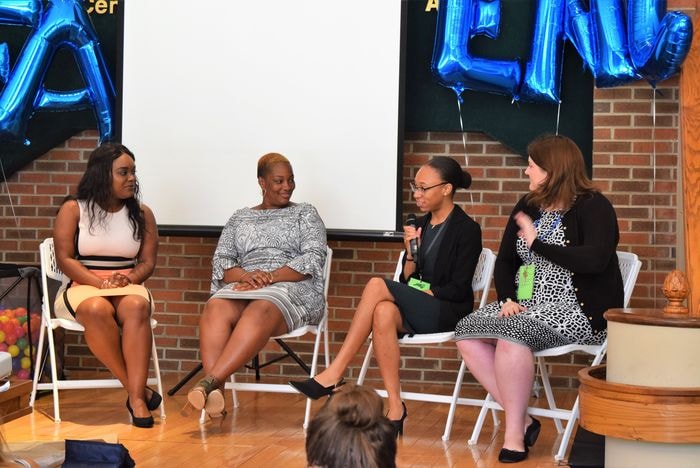 Opened in 1990 as one of the original Teach For America sites, this rural region with deep roots in the community is making big changes for kids.

Venturing down U.S. Route 158 and other notable rural eastern North Carolina roads, you’ll drive past historical markers bearing the names of Civil Rights leaders like Ella Baker, Pauli Murray, Floyd McKissick, Hughie Maynor, and Abraham Galloway, who represent what eastern North Carolina has always been: a place ripe for innovation, change, and disruption of the status quo. These past legacies and legends continue to inspire the future, and our corps members and alumni are channeling that energy to empower the next generation of leaders who bring promise and hope to their communities every day. Community activists like Elijah Lee, a real-life Marvel Superhero and organizer of an annual march in Halifax County to raise awareness and end child abuse; students like Angel from Henderson, NC, who is a first-generation college student and Questbridge scholar; leaders like Native students in Warren County who advocated to wear Haliwa-Saponi cultural items on their graduation day as an act of radical self-love for themselves and their community; and innovation-minded students like those who attend the North Phillips School of Innovation in Edgecombe County.

After 30 years in Eastern North Carolina, the opportunity to make an immediate impact with students and families has never been greater. Today, over 115 corps members teach and lead across the region's rural communities alongside 105 Teach For America alumni serving in school and district leadership roles, together impacting more than 8,000 students. With your help, we can better fulfill the promises of equality and educational opportunity for all.

Get in Touch with TFA Eastern North Carolina