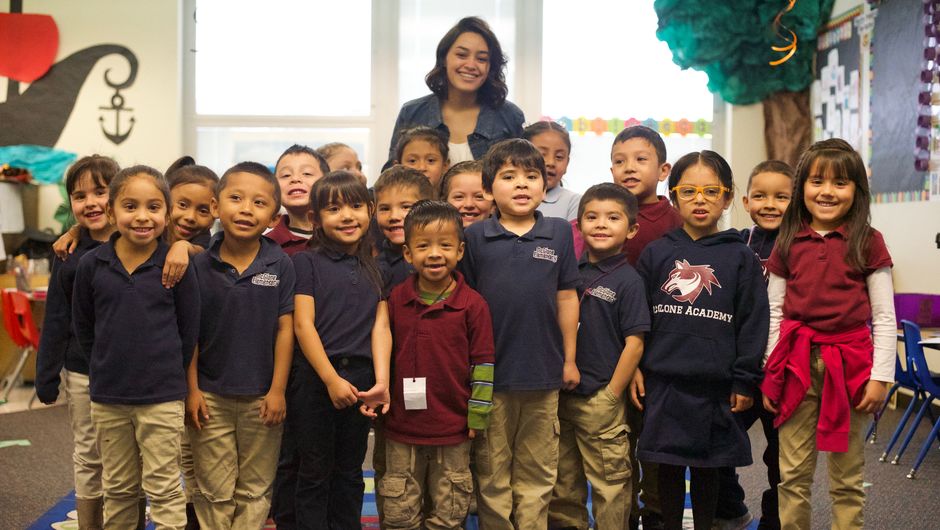 The power of a national movement, the focus of a deep local presence. Change is happening in Colorado.

In Colorado, we work hard to play hard. The Centennial state is packed full of things to do year-round. From national parks and outdoor adventure to cosmopolitan cities and welcoming towns, Colorado Springs, Denver, and Pueblo are great places to build a community.

From the Gold Rush to today’s boom in advanced industries, Colorado has long been a destination for those seeking opportunity. At the same time, our public education has consistently ranked among the lowest-performing for underserved students: The college attainment gap between White and Latino students is among the largest in the country; achievement gaps have widened despite the boom in prosperity; and more than 100 of Colorado's 178 districts have moved to four-day school weeks.

And while the problem is daunting, we have seen evidence in classrooms, schools, and districts that when students in low-income communities are given the educational opportunities they deserve, they excel. With a membership network 1,700 strong across Colorado, we are uniquely positioned to make an impact at every level of every system in the state, both inside and outside of education. Our network model empowers us to scale impact for kids unlike ever before.

Colorado students a day are reached by Teach For America members

Denver students are proficient in reading