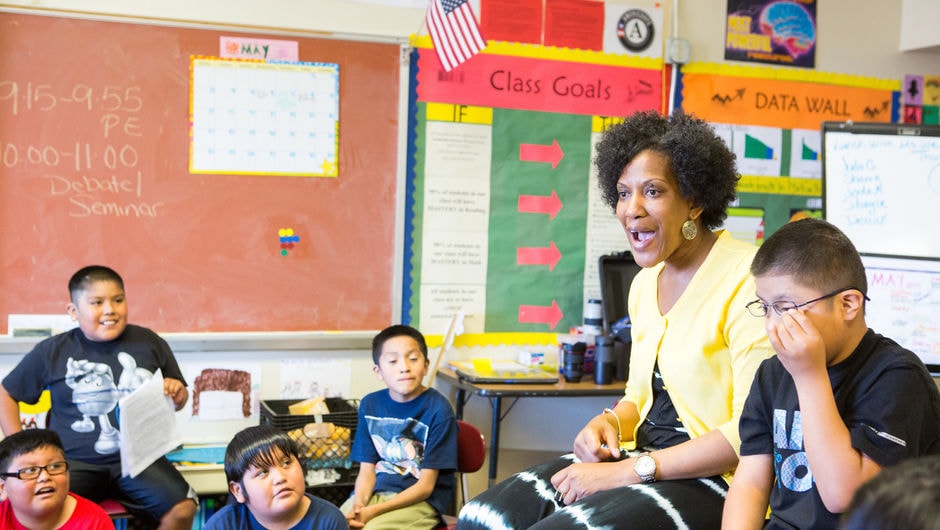 Join Austin’s alumni community in creating opportunities for kids in the city—and throughout Texas.

Everywhere you look, there are cranes and construction visible in Austin, a sign of the city’s rapid growth. Every day since 2010, 152 people have moved to the metro area (that’s 55,500 people each year!). New residents come from all over the United States, and in particular, from other areas of Texas as well as California, Florida, New York, and Illinois.

It’s no wonder Austin is so popular—the city is rich in culture, has ready access to nature, and also is a growing base of tech campuses. Within the city, there are many gorgeous greenbelts for hiking and swimming. Austin is the live music capital of the world, hosting the Austin City Limits (ACL) music festival, along with SXSW. Big name tech companies—Oracle, Apple, Dell, Google, Facebook, Samsung, and Indeed, to name a few—have campuses or offices in the metro area.

An achievement gap, however, exists when it comes to the city’s educational landscape, concentrated in Austin’s “crescent of inequality,” which includes communities in northeast, east, and southeastern Travis County with higher populations of families living in poverty and nearly all of the region’s lowest-performing public schools.

Although the Austin Independent School District (ISD) is highly ranked among urban school systems, only 9 percent of low-income students in the Austin area achieve a post-secondary degree or a credential. This is the lowest rate of any Texas region. Two-thirds of Austin area’s 250,000 students are from low-income families; nearly half are English language learners.

Austin-area students are from low-income backgrounds

The Educational Landscape in Austin

For anyone interested in education, Austin is also an important destination.

And Austin’s alumni take advantage of this proximity to policy-setting. Sixty-two percent of area alumni work in education. And many serve in high-level leadership roles that affect K-12 education throughout the state, including two deputy commissioners at TEA.

As the capital of Texas, Austin provides a unique experience for Teach For America alumni to engage in all aspects of the development of education policy at both the local and state level.