When There Are No Easy Answers, The Real Learning Begins 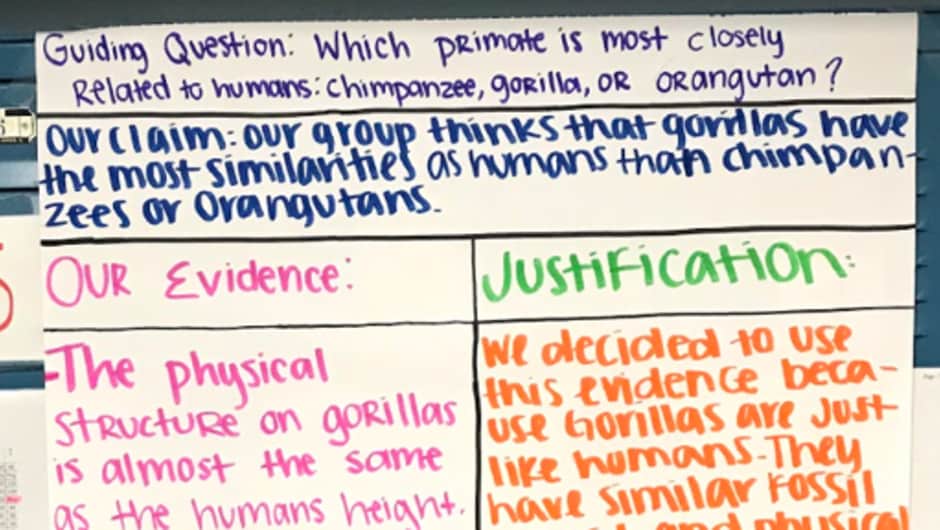 "Often in school, students are taught to follow directions to complete a lab, much like following a recipe," Ms. Emery reflects. "But that’s not how science is done in the real world. Scientists are constantly asking new questions and then figuring out ways to gather evidence and answer that question. Science is not like a recipe; Science is more like forging your own path through the unknown. I told my students, 'You might make mistakes, or take a wrong turn, and that will put you among all the greatest scientists in the world.' Argument Driven Inquiry (ADI) labs aren’t like recipes. You’re going to have to design your own ways of gathering evidence to support your claim. You deserve to learn how to do real science."

Many blank stares, puzzled faces, and cries of “but Miss!” filled Ms. Emery's class as her students embarked upon on this lab. Students read evidence and struggled as they looked for simple fill-in-the-blank answers. When they realized there were no easy answers, the real science began. Lab groups examined the evidence, asked questions, and engaged in scientific discussions. The classroom transformed into a biological think tank working to solve a common problem.

Three weeks of investigation, analysis, and reporting culminated in an Academic Conference in which students presented their claims and defended their work to their peers. Three biologists—Jennifer, Brenda, and Crystal received the highest honor at their class Academic Conference with their defense, “Gorillas are just like humans. They have a similar fossil record and physical stature. They have the same height as humans.”

Ms. Emery is teaching her students how to be scientists. Scientists don’t just follow recipes they explore, fail, and hopefully eventually discover. Ninth graders at Spruce High School are engaging in science in a way they haven’t before—they are now doing real science!