Profound Gentlemen began as an idea hatched by two institute roommates and has since grown into a nationally recognized nonprofit that supports Black male educators. 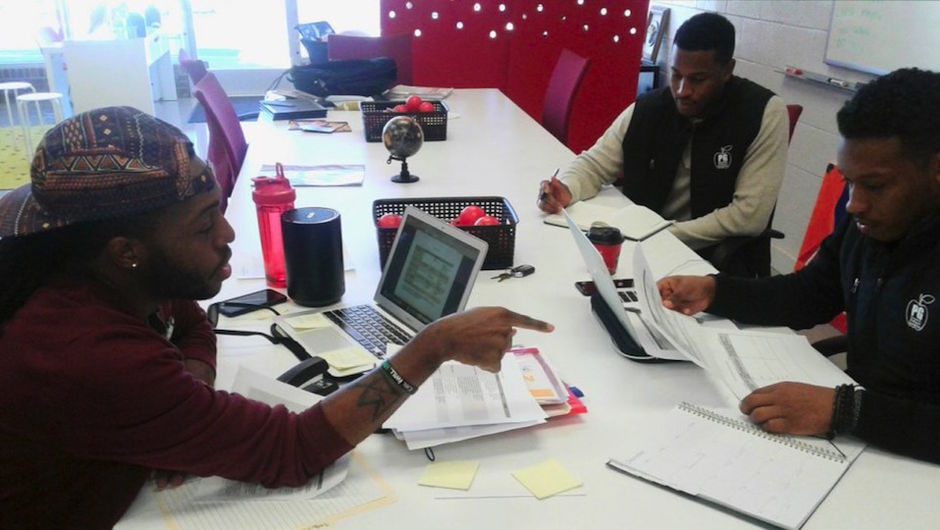 Mario Jovan Shaw recalls instantly bonding with Jason Terrell from the moment they met as 2012 Charlotte corps members. Nearly six years later, they continue to bond over what it means to be a male educator of color.

“We were TFA institute roommates—that’s how we ended up coming together,” Shaw says. “We’d have long conversations talking about education and our philosophies really matched with one another.”

Many lifelong friendships are forged during summer training, when corps members form strong bonds with one another through the shared intense experience. For Terrell and Shaw, this corps experience not only brought them together but led them to do something much bigger. “I really fell in love with teaching once I got into the classroom,” Terrell reflects. “The part that I fell in love with was the relationship I had with my young men. They saw me as a role model of success and opened my eyes to the impact that I had on their lives. Some I still mentor and talk to today.”

In 2014 they co-founded Profound Gentlemen, a Charlotte-based nonprofit organization on a mission to “build a community of male educators of color who provide a profound additional impact on boys of color.” The program creates a space for members to build relationships with other male educators of color and to ultimately reshape the narrative for black students in their schools. “Our students really drove us to start Profound Gentlemen,” Terrell says.

The Challenge of Retaining Black Males in Education

Black male teachers make up only two percent of the total teaching force in the U.S. Of those two percent, they tend to experience more barriers to staying in and moving up in the profession due to fewer opportunities for mentorship, professional development, and career advancement. Not to mention the feeling of isolation many face from being the only Black male educator on the entire school staff.

On the other hand, the impact that a Black male teacher can have on a student who shares the same background is profound. A recent study found that when at least one Black teacher is present in the classroom, especially during 3rd through 5th grades, there is a decrease in Black students’ likelihood of dropping out of school later on—particularly among the most economically disadvantaged black males—and an increase in the likelihood that Black students of both genders will pursue higher education.

When students have increased access to professionals who reflect their background, their opportunities are endless. Yet, there is a persistent missed opportunity when so few black male teachers are in the classroom. Profound Gentleman, born from the experiences Shaw and Terrell had during their years leading classrooms as TFA corps members, aims to fix that. 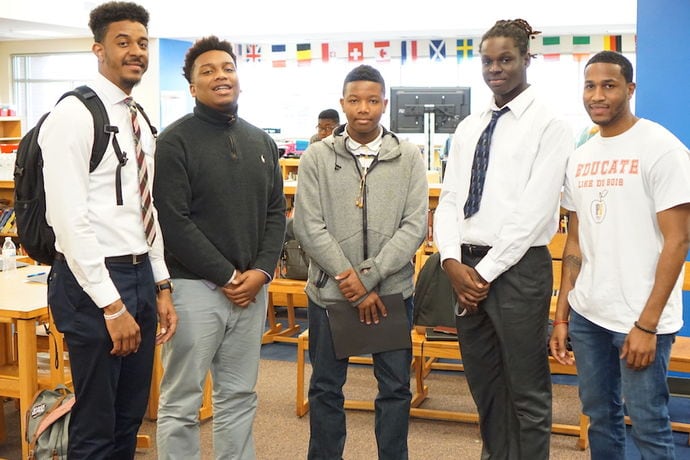 Jason Terrell (right) with Profound Gentlemen members and their students.

The members of Profound Gentlemen are organized into cohorts or “brotherhoods,” five of which meet locally in Atlanta, Charlotte, Chicago, Washington, DC, and Memphis. They work on character development and professional growth and attend quarterly gatherings that bring together over 100 Black male educators from across the country. Gentlemen remain in their cohorts as long as they continue to serve as educators.

Impact Beyond the Classroom

Over the past year, Profound Gentlemen has served 225 male educators of color across the country, who in turn worked with approximately 1,800 boys of color. Among its members, 100 percent have chosen to remain in the education profession for the 2017-2018 school year—a testament to the incredible support network that members have found through Profound Gentlemen.

“The biggest thing is creating a system of support around the development of and advocacy for male educators of color and boys of color,” Terrell says. “When we first started this work, that conversation was really hard to have because nobody was talking about that. Through Profound Gentlemen, we’ve raised awareness around why there is a gap and how to build a support system around that.”

The founders aren’t just raising awareness around support and retention of black male educators—they’re also leading the conversation in Charlotte, helping to inform and shape policies at the local level. “We’ve had the opportunity to participate in a lot of policy conversations in North Carolina around teacher diversity and teacher recruitment. We’ve created a synergy among a lot of different community stakeholders around a particular issue,” Terrell says. “At the end of the day, Profound Gentlemen isn’t the solution, but we are part of the big puzzle.”

Now entering their fourth year with Profound Gentlemen, Shaw and Terrell have been nationally recognized in the 2017 Forbes 30 Under 30 list of top social entrepreneurs. They’ve secured funding from national partners like Echoing Green, the Walton Family Foundation, and United Way, among others, allowing them to move beyond a shoestring budget and to start thinking about the future. 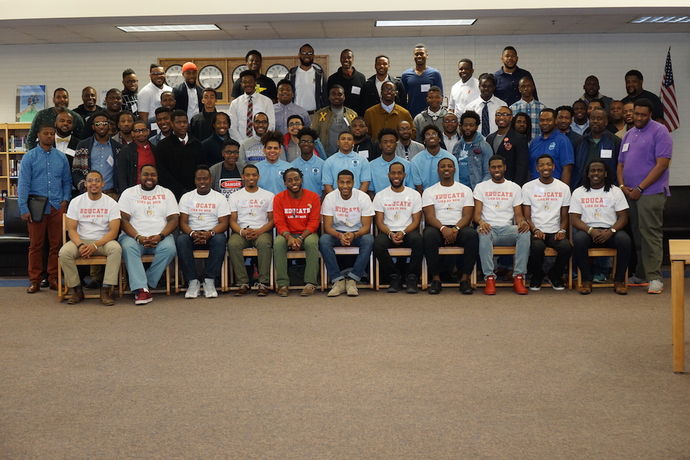 The quarterly Community Impact Assembly brings together over 100 Black male educators from across the country.

Profound Gentlemen has ambitious goals for the year ahead and hopes to have 90 percent of its members return to the education profession the fall of 2018. They want to see 90 percent of boys of color who are mentored by a Gentleman matriculate through their K-12 experience prepared for college and be exposed to career opportunities.

Terrell and Shaw continue to push toward a vision of systemic change. “We want to impact the system in which our educators and students live and work in,” Terrell says. “Profound Gentlemen is a small piece of a larger systemic issue.”

The founders are looking ahead to the future and what it will take for the organization to be sustainable. “This is long-term work,” Terrell says. “Every year things change and we learn that there is more work that needs to be done. Right now men of color in education is kind of like the flavor of the month. I want to create a space where this issue is here to stay.”