'What Is The Story I Want To Tell About My Life?' 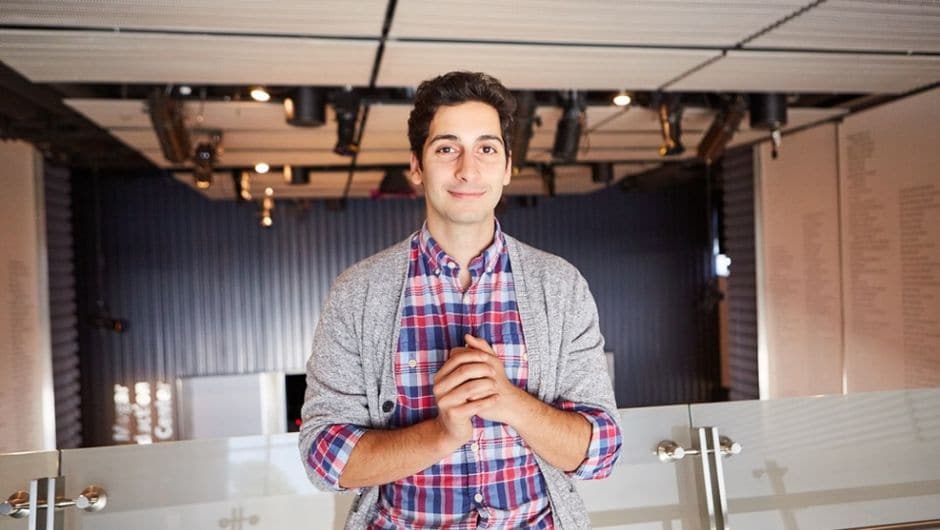 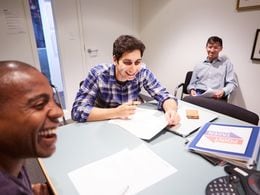 When Kousha Navidar (Miami-Dade ’10) was a senior at Duke University, he faced a dilemma about his future. An avowed techie since childhood, when he spent time taking apart his mother’s Palm Pilot, he had recently received a dream job offer from Google. He also had been accepted to join Teach For America, which offered him the opportunity to make an immediate impact dismantling educational inequity.

“In 30 years, what is the story I want to tell about my life?” Kousha asked. “I wanted to say I spent time giving back to a cause I really care about.” He decided to defer Google’s offer and join Teach For America.

Born in Tehran, Iran, at the end of the Iran-Iraq War, Kousha and his family moved to Albany, New York, looking for a new life in America. From an early age, Kousha understood the importance of opportunity—and thrived in a community of supportive adults, especially teachers.

“My father taught high school math for several years,” says Kousha, “and I’ve always had a lot of respect for the teaching profession.” The first time he heard about Teach For America was during a political science class. Later he had coffee with Victor Wakefield, who was leading recruitment efforts at Duke at the time and is now a senior leader on TFA’s regional operations team. Kousha had experience working for education nonprofits and volunteering at local schools in Durham, and was invested in educational equity. Teach For America would offer him the opportunity to make a positive impact on the lives of students inside and outside the classroom.

His corps experience, teaching 10th-grade geometry (just like his dad) in Miami, included two of the most rewarding and challenging years of his life, he says. Years later, he still keeps in touch with his former students. He wrote a recommendation letter for one student’s successful college bid to become student body president and introduced him to a classmate at Harvard, where the student eventually hopes to attend law school.

As a teacher, Kousha’s dedication was tested every day, but he appreciated the impact good teachers had on his own life. That lit the fire under him.

After the corps, Kousha joined Google and then made the decision to pursue his master’s in public policy from Harvard University. While in grad school, he repeatedly pitched himself to PBS, at which he saw an opportunity to make an impact on social justice issues with responsible, ethical reporting. Eventually he accepted a position as a speechwriter at the U.S. Small Business Administration in Washington, D.C.—and then PBS called.

As the senior associate producer for Point Taken, a public affairs debate show on PBS, Kousha put the leadership skills he gained from the classroom to good use, refining the show’s editorial voice for a young audience and helping build the program from the ground up.

“The show promotes something really important in [this] country—civic discourse around multiple sides of an issue,” he says. “It’s the way that I promote the spirit of TFA, bringing awareness to so many important issues that impact education.”

Thanks to TFA he understands the importance of consistency when it comes to balancing expectations on the job and the immense responsibility that results when colleagues place their trust in him.

“TFA exists because there is a very important need. Learning how to see the world through other people’s eyes—seeing through the eyes of students—is such a big part of being a teacher,” he says.

Point Taken recently wrapped its first season, and Kousha has since worked as a producer for BuzzFeed's first live show covering election night for the 2016 presidential race. His current role, as a speechwriter for West Wing Writers, a private firm of writers and strategists from the Clinton and Obama administrations, finds him collaborating with individuals and organizations to advance progressive public conversations around education and other issues through speeches, op-eds, and books.

Reflecting on his experience with TFA, Kousha is thankful for the opportunity to serve a community of children that deserve an excellent education.

“[Teaching] is hard, but that reflects the importance of the mission,” he says. “With the right level of dedication and mindset, you can make a positive impact. It takes a healthy dose of spirit and humility to serve students the best way you can.”