What An Experienced Teacher Gained From Joining TFA

When Sharon Ponder decided to join Teach For America, she had been teaching for more than 20 years. Learn how she’s continuing to impact students in Chicago as an alum. 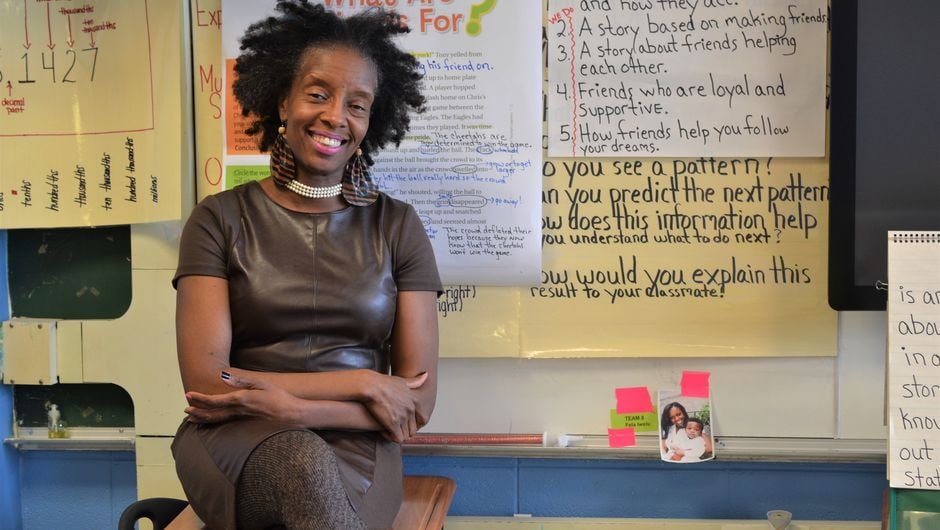 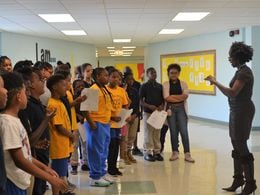 The walls of Sharon’s classroom are covered with class creeds, every spare surface is stacked with books and news articles, and Chicago Bulls and Bears jerseys hang from chairs placed in reading nooks. The room is warm and full, without being cluttered. And most notably, her students are standing, not sitting, reciting “Let America be America Again,” by Langston Hughes, one of many poems they know by heart.

“Ms. Ponder is the best teacher,” one of Sharon’s students, Marcus, shares. “She teaches us stuff the sixth and eighth graders are learning, so we can get into good colleges.”

Sharon’s approach to teaching is one she has cultivated over a nearly 30 year career in the classroom. A native of the South Side of Chicago, her mother instilled in her and her eight siblings the value of a good education.

When Sharon was in high school, her family lost nearly everything they owned in a fire in their Englewood apartment. Her family had to temporarily move into a motel, and the day after, Sharon says, “My mom woke us all up and said ‘You’re going to school.’ I thought we needed time to grieve, but my mom refused. That right there taught me a priceless lesson about the importance of education.”

Sharon and her siblings went on to receive degrees from Princeton, University of Chicago, and other notable four-year colleges. “Whenever one of us would obtain a higher degree she would remind us ‘help someone else’s child that looks like you get into these prestigious institutions,’” Sharon says. Though originally she thought she might have a career in law, after a brief stint substitute teaching, Sharon knew she had found her calling. 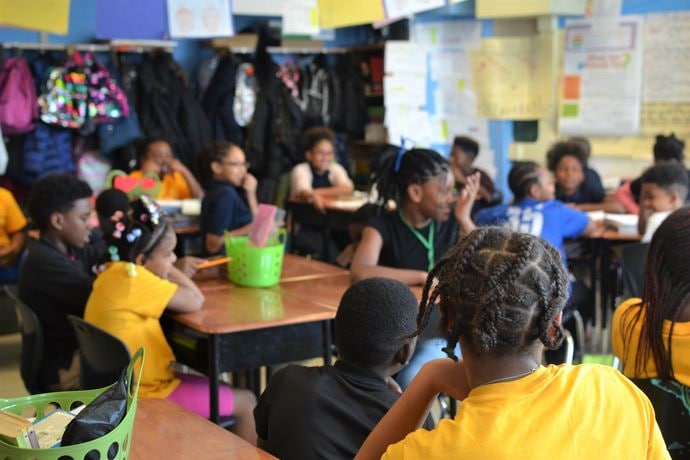 While there is no typical path to becoming a corps member, Sharon had a particularly unusual journey. After teaching in various schools on Chicago’s South Side, she decided to move to New Orleans after Hurricane Katrina.

“We had an evacuee center set up in Chicago, and talking to more and more of the evacuees, I realized I didn’t want to just go there for a week, I wanted to have a more lasting impact.”

New Orleans is where Sharon first learned about Teach For America. “Working in my school, I’m meeting some of these TFA teachers who were reading books I’d never heard of and had vision statements up in their classrooms, and I thought ‘Wow, I didn’t learn this in undergrad.’”

In New Orleans, Sharon emailed a TFA staff member who eventually encouraged her to apply. “When I looked at TFA’s vision and mission statement, I just thought, there’s so much about transformational change, so much about equity, so much about this philosophy that resonated with me.” After seven years working in New Orleans, she was placed back in Chicago for the corps.

“I want my students to take ownership of their learning. I want them to advocate for themselves. I tell them, don’t come to me saying you did my homework, it’s YOUR work.”

As an alum, Sharon is continuing her development, participating in TFA’s UChicago Impact Fellowship and Yale University’s National Initiative. New corps members often visit her classroom, where they find students growing and thriving.

“Some people say that, when they hear I’m teaching fifth graders, that my vision is too lofty, but I say raise the bar, raise the expectations, raise the rigor. They’re just beginning to open up the different layers of the world.”