In 2000, Rochonda Knox was part of the first cohort of Teach For America corps members placed in Chicago. Today, she continues to make a difference in the lives of the city’s students. 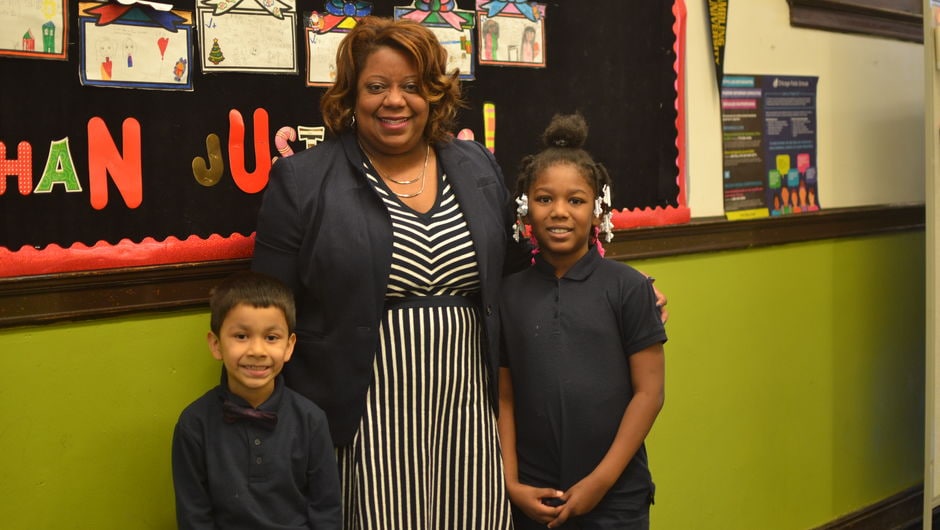 Twenty years ago, Rochonda Knox was one of a group of 40 young people who took a chance, and became one of Teach For America’s first corps members placed in Chicago. After leaving a career in marketing, she was spending her days as a substitute teacher. She loved being in the classroom, but wasn’t able to make the commitment of a second bachelor’s degree to become certified. “A friend told me about Teach For America,” Rochonda says. “And when I read about it I thought, this is a great program. I believed in what they stood for, and their commitment to the communities I was teaching in.” She applied, and six months later, she was leading her own classroom at Mason Elementary in her hometown of Chicago.

In 2020, Rochonda is still serving Chicago Public School students as principal of Libby Elementary on the city’s South Side. After nearly eight years as a teacher, Rochonda worked as a literacy coach and a teacher coach, which led her to think about a career in school leadership. In 2013, Teach For America encouraged her to apply to a principal residency program with CPS. She applied and was placed at Dixon Elementary, which was then led by Sharon Dale. “One of the most important things Sharon taught us, and I could see this in her every day, was that the choices and decisions she made were always for the kids,” Rochonda says. “And that’s something I strive to do every day as a school leader.”

Rochonda has been at Libby for four years. Looking to Dixon as a model, she works to create a supportive and rigorous environment for her teachers and students. “I want this to be a place where students come that’s different than out there. Out there are statistics and stereotypes, but that’s not who we are,” she says. “When you come here, you’re safe, and you have people that love and care about you, that want to see you be successful, but also want you to be a kid.”

Rochonda knows she can’t create this sort of environment alone. She works in deep partnership with her fellow staff members, and also works to bring in community members and local nonprofits to support their efforts. The YMCA runs programs for students and parents inside the school, Girls Inc. facilitates workshops on social-emotional skills, and local churches and businesses often host fundraisers for supplies, field trips, and clothing for students. “We have limited resources and limited capacity, so it’s always amazing to get help from the community,” she says. 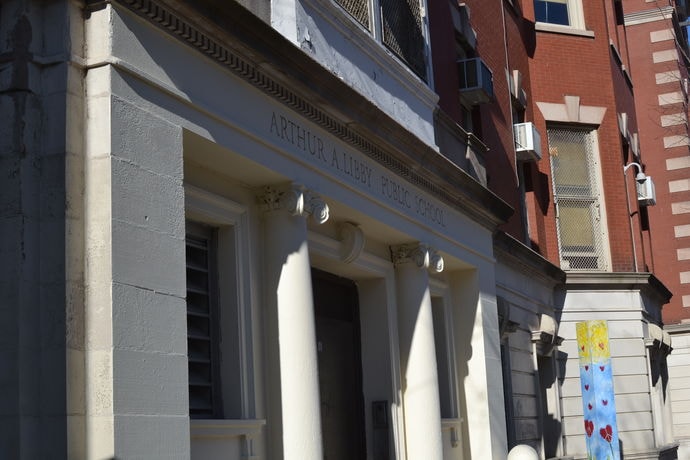 Rochonda has been a principal at Libby, an elementary school on Chicago's South Side, for four years.

This belief in community support extends to the lessons taught to Libby’s students. Rochonda makes sure each of them understands the importance of giving back. A group of student recently hosted a soup kitchen, and others were working to figure out a way to donate any uneaten food from the cafeteria to a local shelter. “We teach them that you don’t have to have much to give back, you just need to give your time,” she says.

Over the last 20 years, Rochonda has seen a great deal of change in Chicago. “The city has changed so much,” she says. “In so many ways for the better. Our district's focus on equity now is huge—this used to be talked about only in certain communities.” And when she reflects on how she got her start, she’s grateful for the organization that gave her the opportunity to teach. “I’m excited that 20 years later TFA is still here and thriving,” she says. “My two years were intense, but so rewarding. And now, everyone in the program is impacting so many students. It’s amazing to see how it’s grown.”