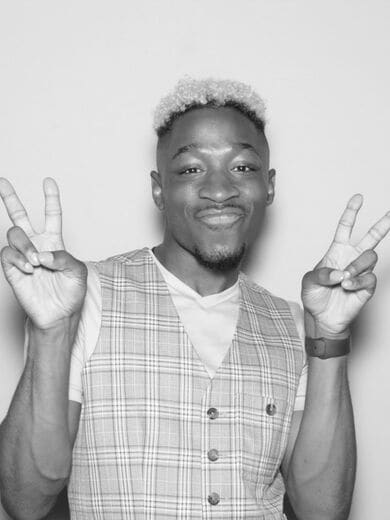 Jarvis is originally from Houston breed and fed black gay man currently teaching in New Orleans. The son of a pastor, Jarivs grew up with parents who believed in order and demanded discipline and respect above all else. Him and his siblings were all given talents and were able to express those talents in the many extracurricular activities. They kept their parents busy, but they never complained. That's where he believes his work ethic and beliefs in the classroom grew from. Seeing his parents giving the best to their 4 children despite what their community looked like.

Jarvis enjoys every bit of the classroom. Although this is only his second year, he feels comfortable voicing his opinions, challenging ideas that he deems aren't as effective as others and creating situations that allow his scholars to be prepared once they graduate high school. Jarvis teaches at the International High School of New Orleans, which is an IB school, which opens scholars to a wide range of authors and text. That has been his personal favorite part of teaching. Having the ability to create a curriculum that was created with his students in mind.

Outside of the classroom, Jarvis is the dance coach at the International High School and proudly the dance coach at The BEEHive training center in New Orleans East. This studio is where he is able to cultivate creative young minds from the ages of 4 to 12. Half of his summer was spent teaching at the high school. The other half was spent running his very own dance camp. Needless to say, his summer was full of fun and teaching.

When people ask him his "why," he gets flashbacks of his time as a TFA Campus Ambassador during his senior year at UT Austin. "Hook 'Em!" After these flashbacks, he’s reminded of the mantra that  he repeated almost daily and still live by. "I want to make others the best versions of themselves as possible." He didn't know exactly what he wanted to do, but he did know he wanted to help people and put more positivity and joy in the world. TFA just landed in his email and here he is today.

“My first thought is that I am a black gay man teaching in a high school and I don't hide it. I wasn't taught by an openly gay man until college and it was so nice to see someone who resembled me in that position. It made me even more comfortable being myself in that class. That wasn't my intention, but it's the collateral beauty of being in this role. Showing all those in the LGBTQ+ community at my school that they can be themselves and feel comfortable with their voice and the way they speak. My intersectionality makes me who I am and it shines through every single class period.”