“There Is a Place for You”: Quanisha Major Talks Leading with Love & Resilience

For Quanisha Major, it’s always been about growth. 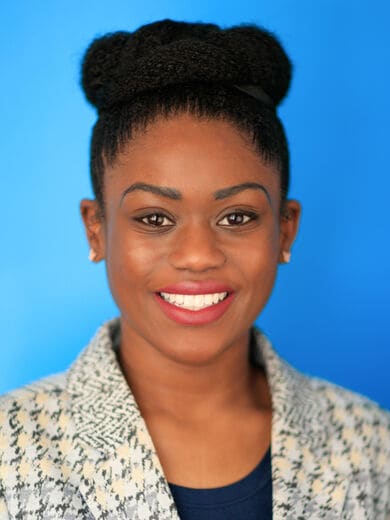 For Quanisha Major, it’s always been about growth. From her early days working as a youth advocate in juvenile facilities and detention centers, to her time as a Teach For America 2011 corps member in St. Louis teaching at Yeatman-Liddell Prep School, to her current role as a school administrator, she’s witnessed firsthand the broad spectrum of highs and lows in education. Still, as an experienced changemaker, she remains hopeful and adamant about the opportunities that shape aspiring educators and school leaders who are committed to making educational equity possible in the lives of St. Louis children.

I Had No Idea What to Expect

In 2011, after spending some time as a youth advocate in juvenile facilities and detention centers, Quanisha came to the work of education as a corps member for Teach For America. While her background working with kids in the community gave her a wealth of experiences and transferable skills, she admits the transition was not what she expected.

“I thought I would have a grasp on everything involved,” she said, “but being a teacher required me to both prepare students for academic success and also help them manage the emotional baggage they were coming into the classroom with. I learned a big part of being effective is to help children unpack and explore the things they’re dealing with so they can become better people before we can even get to teaching them the difference between a verb and a noun.”

While teaching proved to be rewarding in many ways, Quanisha confirms the challenges she faced better prepared her for her current role as a school administrator tasked with focusing on the wellbeing of both her students and her staff amid traumatic cycles.

“Our children show up with trauma and their family and support systems have trauma, too. Things like job insecurity which often meets food insecurity,” she said. “On top of that, many staff members have experienced a lot of loss during COVID, which brought a lot of other issues to the surface. To have several stakeholders struggling at the same time has put extra strain on our network, which is why it’s critical that we prioritize self-care for the wellbeing of all involved.”

Quanisha also credits her work at Teach For America St. Louis from July 2014 to July 2016 for giving her insight on how to best serve those in her field.

“A lot of what I did as an MTLD (Manager, Teacher Leadership Development), I clearly still do as an administrator,” Quanisha stated. “Coaching other educators remains a huge part of my calling. And, then of course, there’s the network that I’m proud to be part of. If there’s something going on or I see a need in the system, I’m glad I can reach out to other TFA alums. I want to learn what’s happening at their schools.”

Having a robust network at her fingertips isn’t all that Quanisha isproud of. She also gushes about the double helping of magical moments she’s fortunate to experience with her students.

“As a teacher, I loved watching that invisible lightbulb go off for students, when they finally grasped something that they previously didn’t understand. Also, going into my 8th year as an administrator, I love witnessing kids, who I’ve known since they first started elementary school, literally develop before my eyes and come into their own. It’s great seeing them grow and mature. The kids have everything they need inside of them but our job, as educators and administrators, is to help them hone their skills.”

On Charting a New Course

While she says there’s some anxiety around COVID and how it could impact the 2022-23 school year ahead, Quanisha is still looking forward to creating more positive memories, especially as she charts a new course. Her school, formerly known as EAGLE Prep College Prep Elementary School, is now officially Momentum Academy. The name change aligns with her staff’s collective goal to keep positioning students as change agents in their communities.

“I’m excited to help cultivate kids to be leaders,” said Quanisha, “and seeing how our network can help support the Tower Grove neighborhood,, as well as the larger St. Louis community.”

“There is a Place for You”

The network support in education and leadership in the classroom, according to Quanisha, has a lot to do with empowering our aspiring school leaders. She wholeheartedly believes in making space for teachers who, like her, set their hearts on advancing to higher level positions.

“Sometimes we want to keep our best teachers because we need them there,” she said, “but if you are being called to leadership, there is room for you to thrive in that role. Secondly, be the type of leader that you wish you always had. There’s a tendency to mold our leadership based on our own experiences. Not to say that our lens of experience always reflects the negative, but there’s always room for improvement. So, as you develop, see how you can feel the void of things that were missing.”