The Power of Community at Morehouse College

Three new corps members talk about graduating from Morehouse and the historic moment when Robert F. Smith said he would pay off their student debt. 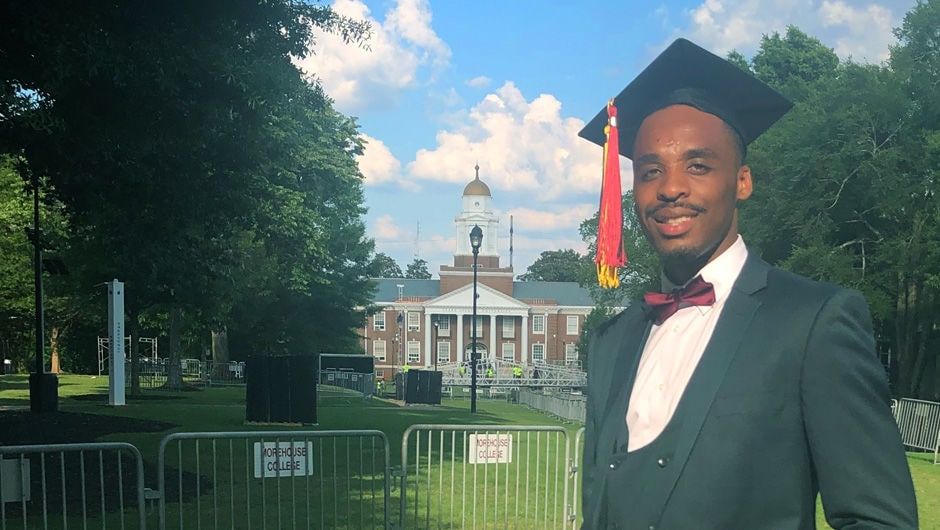 In the photo above, Carlos Outten poses on the Morehouse campus on graduation day.

I caught up with them a few days after the commencement ceremony and asked what it felt like to be there, how they would “pay it forward,” and what teaching generosity in the classroom might look like.

What was going through your mind when Mr. Smith made his announcement?

Carlos: We were all silent for a second, and then we all began screaming and saying, "What?!!"  I thought I had won the lottery. I didn't know what was going on. I didn't know if it was a joke. When I realized it was all real ... it was such an emotional moment. Student debt is such a burden to so many.

Sean: When Mr. Robert Smith made his remarks, I was like, "What did he just say?"

When I heard he was going to pay off everybody's student loans. I was stunned.

Nijah: I was so shocked that all I could do was cry. I'm not talking about tears, I'm talking about a sick, ugly cry, because I was just … I was done.

All of us knows what it feels like. To feel the weight of this debt. As the oldest of 12, I can be a greater asset to my brothers and sisters when it's time for them to go through their college experience. 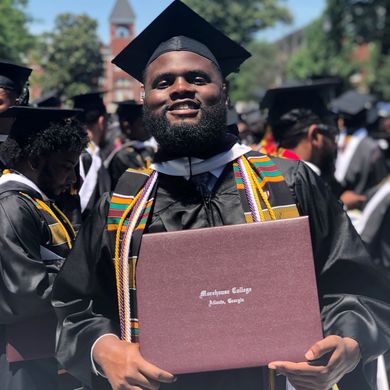 Sean Bryant displays his 2019 diploma from Morehouse College. It was at graduation that he and his fellow grads were surprised with the news that their student debt would be paid off by their commencement speaker, Robert F. Smith.

It must be an amazing time for you. You're now a Morehouse graduate. You're about to go into the classroom. What will you remember about this historic moment? What does it mean as you begin your work as a teacher?

Nijah: I think one of the things he did for us on Sunday was he met us where we are. Each one of us. He didn't just write one big check.

I majored in Sociology, and I learned that equality is good. Equality is seen as a great equalizer. But I think when you become more committed to equity, you have to invest in people.

Now as a teacher, my job is to invest in the lives of each and every one of my students, because I set precedent for their future. I want to create an example of leadership that will help them for the rest of their lives.

“The message I will take away from this moment is the power of community. Look how strong we can be when we show selflessness and our belief in community.”

How would you teach this moment of generosity? How do you teach it to kids who don't have a full understanding of the historical context?

Nijah: I want to take into my TFA experience the passion for creating a classroom that’s inclusive and loving and kind and generous. It's all those positive attributes. I want to do that holistically and create not just a tone for my classes but a standard for what to expect.

Sean: While I was at Morehouse, I majored in African American Studies. And in a few months I will be teaching social studies in high school.

I know that the curriculum doesn't always fairly represent students of color and our contributions to this country.

What I would love to do is to incorporate our history into the curriculum. History isn't just about white people. We're not just America’s slaves.

That's what I want to do. I want our curriculum to incorporate all students. No one should feel left out.

Carlos: The message I will take away from this moment is the power of community. Look how strong we can be when we show selflessness and our belief in community. I'm talking about black, white, Asian, everyone coming together.

Standing Together for Our Students