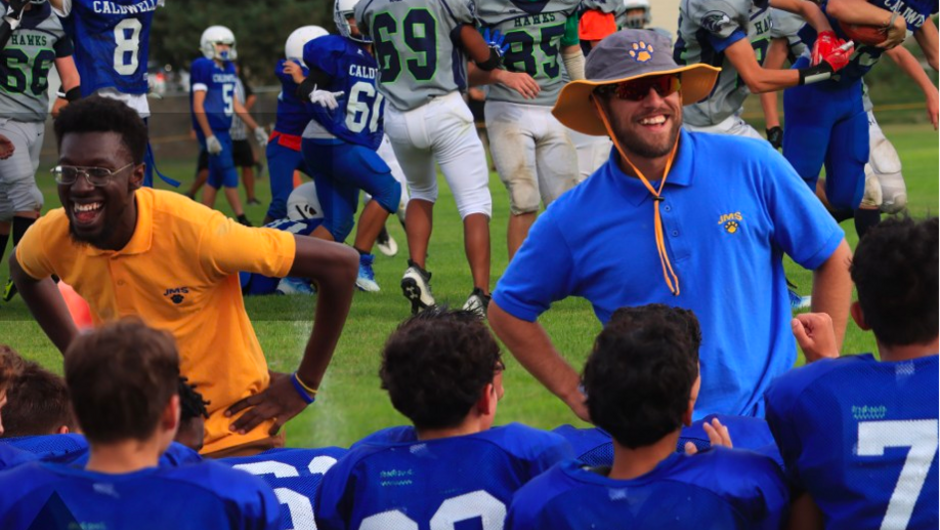 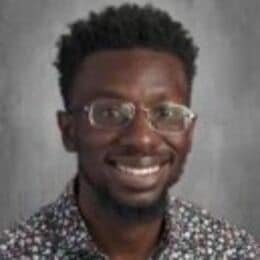 Born and raised in Philadelphia and Wilmington, Delaware, Amir Bangura felt a bit of culture shock when he arrived in Caldwell, Idaho this summer to begin his two-year stint with Teach for America.

He coped with that unsettled feeling the way he says he has dealt with many of the challenges he has faced in his life: By being his “unapologetic self” and setting out to make a positive impact on his environs.

By all accounts, Amir has done just that during his first semester at Jefferson Middle School, as a special education teacher and an assistant coach with the eighth-grade football team.

“In my classroom, on the football field, even walking the hallways, I want to be that breath of fresh air for students, or the faculty, for the community,” Amir said. “There aren’t many Black people in Idaho, especially Black people from Philadelphia, and I came here with the intention of bringing everything I learned in Philly and Delaware and actually making a difference, even if that means rocking the boat.”

Amir said he has been welcomed with open arms by the staff and the community, and that has helped him settle in and dive into his lifelong passion for teaching. “This is probably the perfect place in terms of working with a staff that really makes you feel like you matter,” he said.

From an early age, Amir knew he wanted to be a teacher. Immediately upon graduating from Goldey-Beacom College in Delaware, he applied for a teaching position through TFA. “I knew before I even started college that I wanted to be a teacher, and I wanted to teach right away. So when I heard about TFA it was, like, whatever gets me in the classroom fastest,” he said.

As a high school athlete, Amir also had a strong desire to coach. During his first day at the school, he approached assistant principal Ben Krahenbuhl and asked about open coaching positions.

“I told Ben I didn’t care if it was girls JV soccer, volleyball, field hockey, I just wanted to coach,” he said. “It turned out there were openings in eighth-grade football, which was perfect, because that was one of the sports I played.”

Amir said teaching and coaching create beneficial synergies and also helps connect him to the border Jefferson community. As a special education teacher, he has a student load of about 50, which is half what a general education teacher has.

But because he coaches football, everyone knows who he is. “Even the seventh-grade kids, who I don’t coach, come up to me in the halls and say ‘hey, coach B!’ I love how connected we already are, the bonds we've already forged.”

It’s not surprising, given his passion for teaching and coaching, that Amir has ambitious goals for his first year at Jefferson. “I want to rock the boat, shake things up, do away with the status quo, because the way I see it, if the status quo was working then you wouldn't need Teach for America.”