The Midwest is home to the winner and two finalists for this year’s award, given annually to an alum whose work has led to significant change on a broad scale. 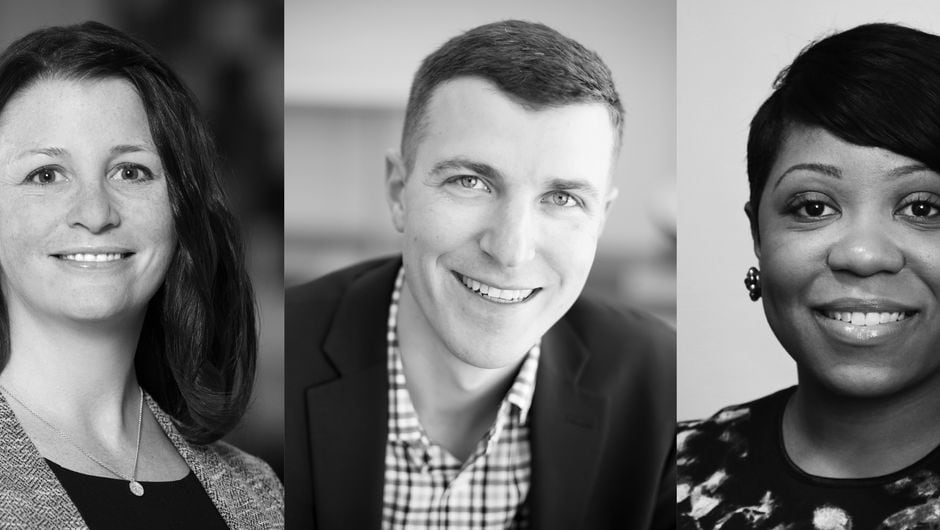 The Peter Jennings Award for Civic Leadership, named for the late journalist and anchor of ABC World News Tonight, each year honors an alumnus whose work has led to transformational change in the past year. Meet the finalists, Nancy Hanks and Daniel Seller, and the winner, Heather Y. Annichini, of this year’s honor. 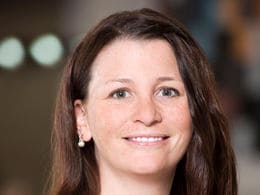 As Heather Y. Anichini took the reins of The Chicago Public Education Fund in 2012, the public story on the city’s schools wasn’t pretty: the district faced a serious financial crisis, teachers were about to go on strike, and churn in district leadership felt like a constant.

Behind the scenes, though, Anichini and other civic leaders saw real promise. “Educators were doing really remarkable work in schools, we had a mature nonprofit sector, and the philanthropic community was deeply engaged,” she said. Anichini spent months polling educators and other city leaders to gather opinions on where private funds, which The Fund raises from individuals and foundations, could best support Chicago schools. “A lot of people pointed to school leadership as a place where relatively small dollars could make a big impact,” she said.

Anichini re-centered the organization’s efforts on helping school leaders do better in jobs that are more sustainable.

Since 2013, The Fund has raised about $40 million for programs that include professional development, fellowships, and professional learning communities for school leaders. Seventy percent of the district’s principals have participated, and an analysis by Boston Consulting Group showed that participants are 60 percent more likely than their nonparticipating peers to improve in their leadership. From 2013 to 2018, the number of high-performing principals in the city doubled, from 150 to 300, and the city’s retention rates stabilized.

To help make the principal role more sustainable, The Fund also supported efforts to improve principal compensation and to offer school communities more flexible budgeting options. Anichini points out that the school system is now led by a former principal, and that many of the city’s top leaders participated in Fund-supported programming during their careers.

Chicago’s principal focus appears to be working. One analysis showed that Chicago students’ learning grew 19 percent faster than the national average during a period that partially overlapped with Anichini’s tenure, and the portion of Chicago students performing above the national average on standardized math and reading tests has gone up by 10 and 14 points, respectively, during the time Anichini has led The Fund.

“Chicago’s story is not about one solution or the work of one group,” she says. “It’s the story of a lot of organizations and educators growing in the same direction in support of kids, even in challenging times.” 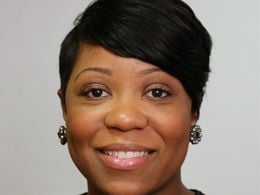 While preparing to speak at Teach For America’s 25th anniversary summit in Washington, D.C., Nancy Hanks initially searched for quotations or startling statistics that would bring the school-to-prison pipeline to life. Instead, she decided to examine her own role in discipline systems and asked well-meaning audience members to do the same. She started by revealing a crucial moment in her own leadership.

Hanks told the story of a student who brought a BB gun to the school where she was a principal on the west side of Chicago. She reacted quickly and expelled the student, without in the moment considering whether to treat his act as a threat or a mistake. Years later, she ran into the student and felt “selfishly relieved” to learn he was thriving in a new school; that she hadn’t condemned him to the juvenile justice system.

In her current role leading elementary schools in the Madison School District in Wisconsin, Hanks works with the district team to reduce suspensions and replace punitive policies with more restorative practices. In particular, Hanks championed the elimination of suspension for students in pre-K through grade 3. Suspensions in the district dropped by 40 percent in the first year, adding back 1,900 days of instruction that would have otherwise been lost, 1,200 of which were for students of color.

“We all are failing in this area in many ways,” says Hanks. “We’re schooling children very much in ways that we were schooled. I completely get it. But we need to begin to embrace new ways of doing things.”

Hanks has also led elementary schools in Madison to ten-point gains in literacy after years of stagnant results. Black students gained 13 points in fifth grade reading and more than half of Madison’s elementary schools have exceeded goals.

Hanks’ work is motivated in part by her background. “I sometimes call myself a reluctant leader,” she says. “But I really feel like education is a calling for me. My mother didn’t go to college. I grew up extremely poor in Chicago. My dad was incarcerated most of my life. Education was the one thing, in addition to the support of my mom, that could be a game changer for me.” 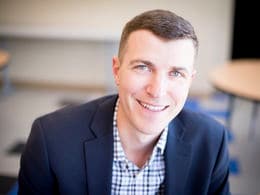 When Daniel Sellers came to Minnesota to establish the Twin Cities region of Teach For America, he faced an uphill battle to get corps members certified to teach in the state. Little did he know he would be fighting for pathways to put high-quality teachers in front of students in Minnesota for the next decade.

The state implemented an annual waiver system that allowed corps members to teach. Then after several years of intense lobbying by Sellers and other advocates, the state in 2011 passed a law that gave nonprofits like Teach For America the ability to become approved teacher preparation agencies.

Hurdles kept popping up, however. While that law included language that required Minnesota to streamline licensing for teachers who had been certified in other states, the directive was ignored. This made it difficult for out-of-state alumni and other highly qualified teachers (including a former Utah Teacher of the Year) to teach in the state and make Minnesota teachers a more diverse group.

“They were told they needed to go back and do student teaching and take undergrad teaching classes and spend thousands of dollars,” says Sellers, who is now the executive director of EdAllies, an education advocacy organization that he founded. “Candidates had no idea what they were missing or what the process was, and seemingly identical candidates would apply and be given different advice about what they had to do.”

Sellers helped organize a lawsuit against the state Board of Teaching, which helped focus media attention, and ultimately legislative attention, on the cause. Finally, in 2017, the state passed a law overhauling the teacher licensure system, creating clear tiers of certification with a concrete checklist of requirements for each.

“We always say that our work isn’t done until the barrier is actually removed,” Sellers says. “Until I stop getting calls from school leaders saying they can’t hire the teachers they want to hire, we still have work to do. Now we’re getting good calls. One school leader told me, ‘We hired 17 teachers, and most will be licensed under the new law.’ We’re feeling good about it right now.”

EdAllies also led the fight for a state law that requires school districts to disaggregate student data according to multiple demographic categories, and to cross-tabulate data between factors such as ethnicity, income, language, and special needs. “From an equity standpoint, which is where we start a lot of our conversations,” Sellers says, “how do we advocate for the students most in need to get more resources and opportunities, if we don’t know which students those are?”