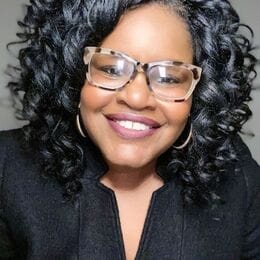 Teach For America (TFA) announced that Dr. Monique Perry-Graves has been named Executive Director of the organization’s North Carolina regions. Perry-Graves comes to Teach For America from York Technical College, a community college in Rock Hill, South Carolina, where she served as the College’s Campus Operating Officer overseeing campus centers in rural locations and Associate Vice President for Enrollment Management.

Perry-Graves—who has decades of experience in education, communications, vision-setting and thought leadership—will help TFA’s North Carolina regions more effectively empower their network of leaders through the creation of an aligned statewide long-term plan and strategy.

“Our organization’s new strategic direction presented a unique opportunity for statewide collaboration and strategic alignment in North Carolina,” said Crystal Rountree, Senior Vice President and Regional Field Executive of TFA and outgoing Executive Director of TFA’s Charlotte-Piedmont Triad region. “Having one leader over our North Carolina regions will help unify educational equity efforts across our state while ensuring each region moves forward implementing strategies that will distinctly serve individual communities and our network of corps members and alumni. Dr. Perry-Graves has a strong track-record of visionary leadership and impact. I believe she is the perfect person to lead TFA’s next chapter in North Carolina thanks in part to her integrity and strong commitment to equity, her talent for strategic thinking, her relationship-building skills, and her ability to innovate.”

Preceding that role, she served as York Tech’s Director of Strategic Communications and Marketing and started at the college as a full-time faculty member and academic advisor. During her tenure at the College, she was a key leader in many student success efforts including: activating and leading an integrated strategic enrollment model resulting in historic increases in recruitment, retention and completion; designing the first formal adult re-enrollment program (Reconnect); architecting a cohesive student service model across multiple campus locations; and cultivating career paths to support the development of diverse leaders throughout her division. She also oversaw multiple successful A133 audits of state and federal financial aid funding, led the implementation for the College’s CRM system, and contributed significantly in deepening the college's access and equity efforts.

“This will be a year of learning, strategizing, shaping, and dreaming,” said Perry-Graves. “We will be intentionally seeking input from our stakeholders—parents, students, donors, corps members, alums, community partners—to reimagine what needs to happen to ensure that twice as many children in communities where we work in North Carolina will reach key educational milestones indicating they are on a path to economic mobility and co-creating a future filled with possibility.”