Seventh-Year Teacher Katie McGriff: "I Feel Like I Owe These Kids"

When we consider the effect a two-year teacher can have on a school and its students, it is certainly significant. But for many of our corps members, their two-year commitment evolves into so much more. 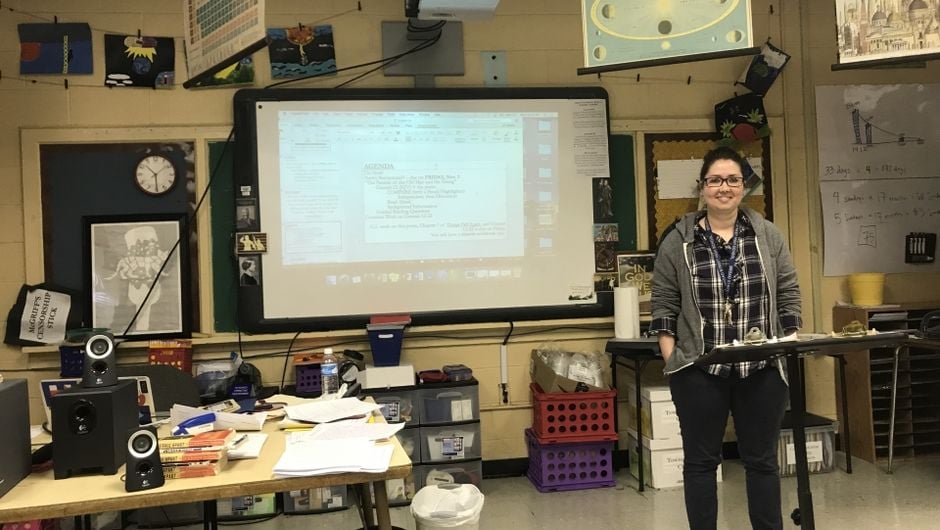 Checking in at the front office of Broad Street High School in the small Delta town of Shelby, Mississippi, a student behind the front desk asks me who I’m visiting.

“Ms. McGriff,” I respond, clipping on my visitor’s badge .

His face lights up. “She’s one of my favorites. Do you know how to get to her class? I can take you there,” he offers.

As I enter the classroom of Katie McGriff (Delta ’11) it is easy to see why hers is one of his favorites. The walls are covered with vintage posters hanging from frames that Katie made by hand. There are visuals connected to the books they read and one corner where she has a picture of the books they are reading as a class and what she is personally reading (The Sixth Extinction by Elizabeth Kolbert, in case you were wondering). An encouraging note to a former student hangs near the ceiling and Katie laughs that she didn’t take it down because the other students like seeing it there. 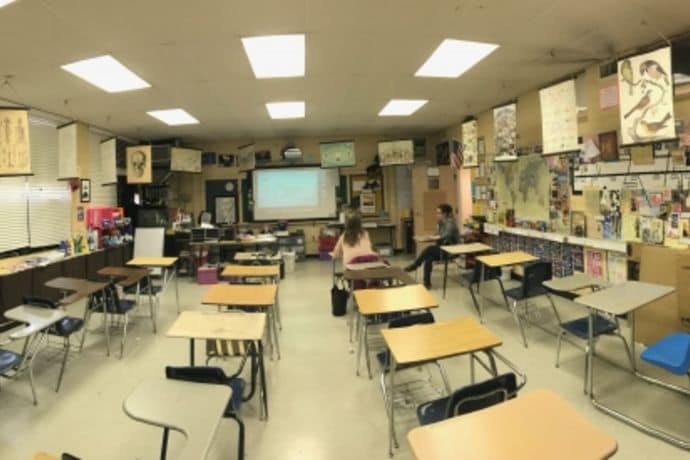 This is Katie’s seventh year teaching English in the same classroom at Broad Street. She came to Shelby and Teach For America by way of Birmingham, Alabama, after attending Yale Law School and doing an internship at the Southern Poverty Law Center doing work in juvenile justice. But her first and second years of teaching weren’t always easy. She now thinks of those years as a necessary struggle, as she learned what was most important to prioritize: she first dug into mastering content, but later realized that developing strong relationships with her students and families were key. When asked what advice she would give to new teachers, Katie is quick to answer. “Buy a laser printer, immediately!” She laughs and then adds that new teachers also need to put aside what they hear about their students from other teachers. “Get to know students as soon as you possibly can: to know their names but also to be able to think of them as individuals.” She is quiet for a second and then adds, “They know now I have high expectations. Sometimes that’s all that it takes.”

Though, it has taken a lot more than that—from both Katie and her students.  When she started at Broad Street, Advanced Placement (AP) classes had never been offered to students before. Katie created and taught the first one, AP Literature. Now, there are three AP classes offered, including AP Language and Literature both taught by Katie, and one of her proudest moments in teaching has been seeing her student be the first to pass the nationally-recognized rigorous exam. “I had been teaching AP for three years and I had a lot of students get 2’s, but no one had passed. Last year, one of my juniors passed, and she’s a senior this year so she could pass [the AP Literature exam]."

Now, it’s Katie’s turn to push herself on something challenging that she wants to achieve. In addition to serving on the leadership team of Broad Street, this year she is beginning to pursue her National Board Certification, an elite distinction for veteran teachers requiring multiple application steps, including submitting videos, reflections, student data, and more.

We talk a bit more about her future at Broad Street. It’s hard for her to imagine leaving. “I feel like I owe these kids,” she says as we sit in empty desks after class. “They expect me to stay, especially considering how long I’ve been here. They expect me to teach their younger siblings or cousins.”

And based on the look on the student’s face who led me to this classroom, that expectation is not going to soon run out. 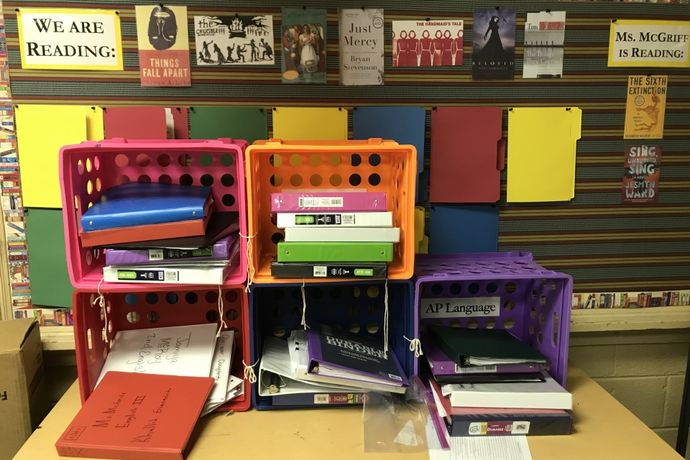 "We Are Reading" board