Q&A: Why I Chose Phoenix

Jordan Garcia (Phoenix corps 2017) is an incoming corps member who will be teaching math in Phoenix starting this Fall. 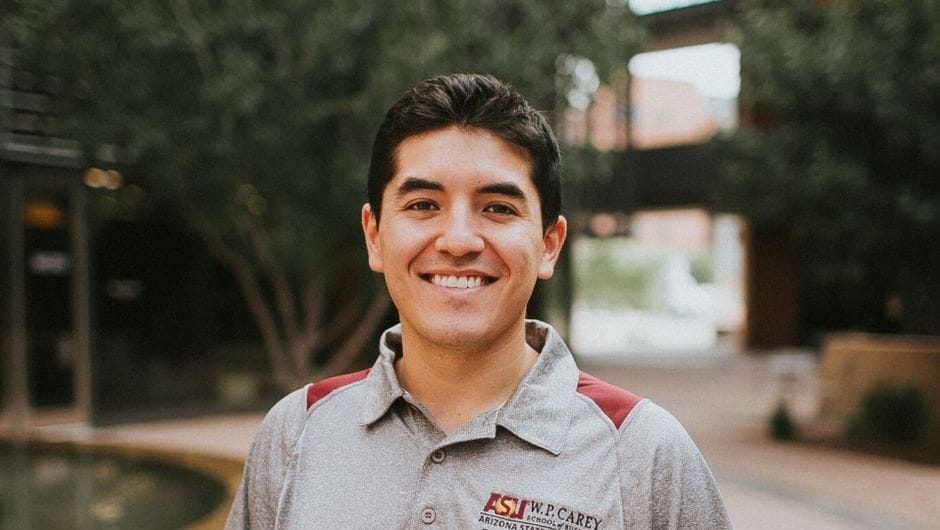 Jordan Garcia (Phoenix corps 2017) is gearing up to graduate with a B.S. in Supply Chain Management from Arizona State University (ASU) in May. After graduating, he will join his fellow 2017 Phoenix corps members for Induction, which is just the beginning of a two-year journey during which Jordan will have the opportunity to impact the lives of students in low-income communities in Phoenix.

Was joining Teach For America a difficult decision to make?

I don’t think it was too difficult. When I heard about TFA I was really interested in it, and after doing internships and starting to prepare and look for a full-time job in my area of study, I just became more interested and more excited about the prospect of joining TFA. When I found out that I had been accepted, I was in the process of doing interviews for other full-time jobs, but I knew in the back of my head that I was going to join TFA. I also liked that the whole application process was so simple and straightforward, and everyone was so responsive.

Why did you choose to remain in Phoenix?

I’m from Arizona – I grew up in Flagstaff – but I spent a lot of time in Phoenix when I was growing up. I understand that there’s a large demographic of underprivileged groups here in Phoenix, and I just wanted to make a difference in a community where I spent so much time.

What are you looking forward to most?

I’m excited to work with other TFA corps members and alumni. I went on a class visit to Jason Catanese’s classroom, and he had such a great culture in his classroom. He made me feel sure that, wherever I might go in the Valley, there’s going to be a network of support and people there to help me be successful.

What do you hope will be true a year from now, after your first semester of teaching?

My hope is that I’ll really just be very passionate about the work and the kids, and that I’ll continue to grow as an individual and build upon my (hopeful) success. I’ll have the opportunity to network with other corps members and alumni to help me grow.

What would you say to someone who’s considering coming to teach here, but who’s never been to Phoenix?

One of the selling points of Phoenix is the weather. Despite the hot months, you really can’t beat it. There are so many things to do outdoors – hiking, going to different national monuments and national parks, walking through the Desert Botanical Garden. The landscape of Phoenix and the climate are great.

What advice would you give to other incoming or potential corps members?

I would encourage them to reach out to a campus advisor, or a recruiter who can help them and really tell them about the process and the experience. Veronica (the campus recruiter at ASU) was very reassuring and really sold me on the idea of committing to TFA.