These alumni and global network leaders were named to the inaugural Obama Foundation Fellowship for their powerful work creating pathways of opportunity to improve our communities. More than 20,000 applicants from 191 countries around the globe applied for the first-ever Obama Foundation Fellowship, and this week, 20 were chosen. Of that very small number of game changers and trailblazers, two are Teach For America alumni and two are leaders from our global network of partner organizations.

Founded in 2017, the Obama Foundation Fellowship seeks to "support outstanding civic innovators from around the world in order to amplify the impact of their work and to inspire a wave of civic innovation,” according to its website. As part of the coveted two-year, non-residential fellowship, each fellow will receive a personalized plan of action to deepen his or her impact and, of course, access to the Obama Foundation’s exclusive network.

The list of fellows include journalists, artists, and socially minded entrepreneurs, among a variety of other innovators. What unites these 20 leaders is a deep commitment to making a social impact.

That’s certainly true for the TFA alumni in the group, Veronica Crespin-Palmer (Los Angeles ’06) and Kalani Leifer (New York ’08), both former winners of TFA’s Social Innovation Awards. Ditto those affiliated with Teach For All, a network of organizations working toward educational equity in countries around the world: Clarissa Isabelle Delgado from Teach for the Philippines and Nedgine Paul Deroly from Anseye Pou Ayiti (Teach for Haiti).

From empowering families most affected by educational inequity in Colorado to building a movement of diverse, upwardly mobile college grads through enhancing digital skills and peer connections, these leaders represent some of the most innovative changemakers in the world, working alongside communities to build a more equitable future. 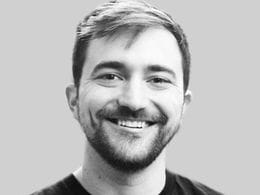 Kalani Leifer (New York ’08) is the founder and executive director of COOP. COOP works to place underrepresented college graduates in high-powered digital marketing and analytics careers by providing technical training, facilitating peer mentorships, and opening doors of opportunity at companies around the country.

While teaching high school history in the Bronx, Kalani was inspired by the strong, collaborative work his students completed and the genuine love they demonstrated for one another when working in small cohorts. This experience directly influenced the cohort-based, peer-led model that COOP follows today.

Following his time in the classroom, Kalani went on to McKinsey & Company to work on education initiatives and programs abroad. He became a founding member of McKinsey’s Education to Employment initiative, which thinks of creative ways to cultivate the skills young adults need to meet the demands of the workforce.

Kalani brought his experiences back to the U.S. and launched COOP in 2014 with a small group of graduates from City College of New York’s advertising and public relations program. Seeing a need to address the underemployment and unemployment rates of college graduates, particularly first-generation college students and those from low-income backgrounds, COOP aimed to close the “social capital gap” for these college grads.

In the four years since its launch, COOP has recruited nearly 700 first-generation college graduates to its program, with a goal of reaching 10,000 by 2025. It’s expanded to the Bay Area and will have its 50th cohort later this year. COOP was the co-recipient of TFA’s 2016 Social Innovation Award, Overall Track.

Kalani graduated from Stanford with a B.A. in international relations and CUNY Lehman College with an M.A. in secondary education. 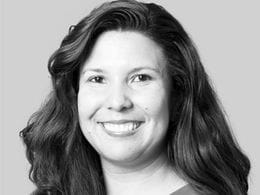 Veronica Crespin-Palmer (Los Angeles ‘06) is the co-founder and CEO of RISE Colorado, an education and advocacy organization that empowers low-income families and families of color to become change agents for educational equity in their communities.

As a corps member and former TFA staffer, Veronica visited the homes of her students, formed a parent advisory council at her school, and hosted a series of Parent Achievement Gap events in her role as a corps member coach. Through these experiences she saw the tremendous influence parents can have over their children’s education. Veronica co-founded RISE because she believes that families are a “sleeping giant” when it comes to affecting large-scale change within the education system. “Once they are awakened to the inequities that exist there is nothing they won’t do to ensure their children receive the excellent education they deserve,” she said.

To date the organization has educated over 2,000 families about their role in overcoming the opportunity gap, impacting more than 3,000 students. RISE has helped families organize and win several initiatives to improve the public education system for their children, including the first community-led resolution to be passed in the United States that supports students regardless of documentation status. This victory means undocumented students in the Aurora district are more likely to attend school and feel safe.

For Veronica, expanding educational opportunity has always been a family affair. After seeing Veronica working in her classroom, her mother, Paula Lopez-Crespin, decided to switch careers, leaving the banking world to join the Colorado corps in 2008. Nearly a decade later, she continues to teach third grade at her placement school, Cole Arts and Science Academy.

RISE Colorado was the winner of the 2014 TFA Social Innovation Award, the 2015 LEE Venture Fund and Fellowship Award, and named a White House Bright Spot in Hispanic Education.

Obama Foundations Fellows From Our Global Network of Partners 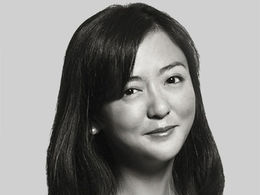 Clarissa Isabelle Delgado co-founded Teach for the Philippines in 2012 and serves as its CEO today. Earlier in her career, she was a project manager at MIT’s Abdul Latif Jameel Poverty Action Lab, which addresses poverty through scientific, randomized trials. She holds a BA from the College of William and Mary and a Master’s in educational leadership and administration from Ateneo de Manila University. 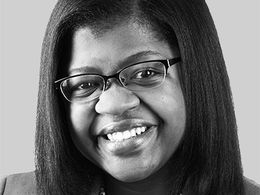 Nedgine Paul Deroly is co-founder and CEO of Anseye Pou Ayiti (Teach for Haiti). She was named to the 2016 Forbes 30 Under 30 list of social entrepreneurs and Essence’s 2017 50 Founders to Watch, and was a 2014 Echoing Green global fellow. She is a graduate of Yale and holds an Ed.M. in international education policy from the Harvard Graduate School of Education.