In part two of our Black History Month series, we spotlight a local leader in education and reflect on her impact on the Mississippi Delta. 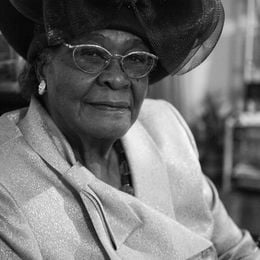 A year ago, Lillie V. Davis shared elements of her story during the opening panel of Teach For America-Mississippi’s all-corps summit to an audience of over 120 corps members and staff. There, she described how she was forced to negotiate through race at every level of her career in education, as she worked her way up from teacher to assistant principal to principal of a segregated school, only to participate in the first year of desegregation when she drafted by her white superintendent to be the first black administrator to integrate the neighboring school district. An intimidating request, Davis preferred to stay with her students, but her superintendent then laid out an ultimatum: either she integrate the school, or her own children would be the first black students to integrate – and she would be fired.

Ultimately, Davis reflected on the experience as a positive one. Despite the fear and challenges she experienced in the subsequent years, she concluded that her efforts paved the way for a better integration for other black administrators and, eventually, students. Davis’ career continued on this trajectory of pioneering and positivity. Though she herself faced incredible intimidation and difficulty registering to vote in her young adulthood, she was later elected to the school board where she served for several terms.   Through her retirement, Davis continues to commit herself to students of all kinds. A self-described “minister” to the local detention center, she teaches reading to young people who otherwise might remain illiterate, trapped in the school-to-prison pipeline.

The openness and emotional urgency of Davis’ story continues to have an impact beyond the countless students she’s led as well as those of us fortunate enough to have heard her story in person. Davis is spotlighted in the photo essay and oral history compilation by Alysia Burton Steele entitled Delta Jewels. In this piece, Davis shares that she was forced to leave her mother and her one-room church school at a young age and move to another town in order to be close enough to a black primary school.  She also talks about her mother’s dying wish for her to attend Rust College, which she was able to honor. In a moving portion of the oral history, Davis remembers how she shared at her mother’s grave that this promise was kept: not only through her earned college degree but also by receiving a master’s degree in elementary education from primarily white University of Mississippi.

In her account of segregation in her hometown of Falcon, Mississippi, Davis reminds us of the drive and fortitude required of black families to better themselves through education. “In those early years, most Black children were without suitable wearable apparel for school during inclement weather,” Davis writes in her self-published history Drifting into Falcon. “However, many of these children had determined parents, who wanted their children to have a different life style [sic] from theirs. Therefore, they dressed their children with what they had, to enable them to attend school, and they made them go. Achieving an education meant real hardship, for most children walked on dirt roads two or three miles one-way to school, in cold, snowy, or rainy weather. To walk a long distance to school daily was a deterrent for all but the most determined child.”

In addition to inadequate clothing, children were expected to purchase their own books, since “the practice of supplying free books hadn’t as yet begun for black people. Parents having little money made sure the books they bought were handed down from one child to the other. Although the children took very good care of their books, they still wore out with use. Pages would became [sic] unglued and the print faded, but even in poor condition, the books continued to be used.”

Based on her account, the complex challenges of earning an education as a black child become abundantly clear. The mandatory school law – which was never meant to include black students “since going to school for them was mostly a matter of permission, and for a very few, a choice” – was yet another means of disempowering the black community, as it left children with “limited social skills, and very few experiences outside the home.”

As her personal story attests, Davis has lived to see Falcon, and Mississippi, come a long way. From being a child without access to education, to becoming a teacher, local suffragette, school board leader, and beyond, Davis is a testament to the power that education has to change a life. But her positive and persistent commitment to educational equity is proof of how much further there is to go.

We celebrate her and the numerous other “Delta jewels” and pioneers in education, for without them our landscape would not look nearly so brilliant.

Stay tuned for the next part of our Black History Month series, in which we'll spotlight a number of student-led projects from across our region.