Black History Month In And Out Of The Classroom

How do we bring the depth and richness of African American history alive for our students? Our corps members and partner organizations have a few ideas! 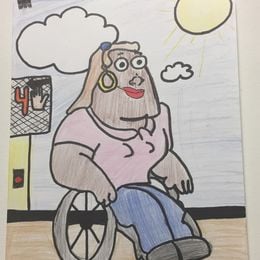 "[Changing my character] made me feel like being transgender is important because they always get judged and left out."

ME-DIA: The Kinsey Middle School student art showcase, entitled “ME-DIA: Highlighting the Lack of Representation of People of Color in the Media” recently premiered at Offbeat, a locally owned comic book and “alternative culture” store in Jackson, Mississippi. The work of Alexi Espinal’s (Mississippi ’15) students covered the walls, mixing purposefully with the products – graphic novels, novelty art, figurines – available below. However, there was a noticeable difference. The student art featured the recognizable characters re-cast as people of color exclusively.

The most powerful aspect of the show, however, were those pieces in which characters were drawn in alignment with not only their racial identity. For instance, a disabled male character was re-drawn as racially ambiguous but obviously female. The caption below states, “[Changing my character] made me feel like being transgender is important because they always get judged and left out.”

All pieces will be shown until May, and are available for purchase.

THE PARCHMENT HOUR: At the invitation of the Sunflower Freedom Project (SFP) – a partner organization housed in one of our largest and most complex school districts that serves local students by launching them into the arts – the meeting space of the Moorhead Public Library is filled to the brim with families, community leaders, and educators. Because there are not enough seats to accommodate the audience, elementary school students and their caretakers sit on the floor in front of the first row, and SFP team members line the walls. But, aside from the raucous air conditioner, the room is silent.

With a cast comprised of middle and high school students from half of the thirteen-school district, The Parchment Hour launches a powerful, genre-bending ride through the civil rights activism of the 1960s. As an actor or actor speaks, a projector at the edge of the stage shows an image of the freedom rider they are portraying, and most of the cast play multiple characters: men and women, “heroes” and “villains.” Students are transformed into storytellers and jokesters, a radio gospel choir, and history teachers, and at the close of the play they turn the tables on the audience. “What about the play made you uncomfortable?” the lead actress asks. “For example, I was nervous about using the n-word so many times, but, I mean, that’s how it was used back then.”

In this conversation with the cast, local educators applaud the use of history and the humanity they brought to the characters, and parents and grandparents echo some of the impressionable lines from the play, such as “Heroes are not born, they’re cornered.” The last question, “Why is this play important, and why should we perform it now” begets powerful answers, mostly from the cast. “It’s important to know these names and facts,” they say. “For ourselves, we have to know what they did wrong, as well as what they did right.” 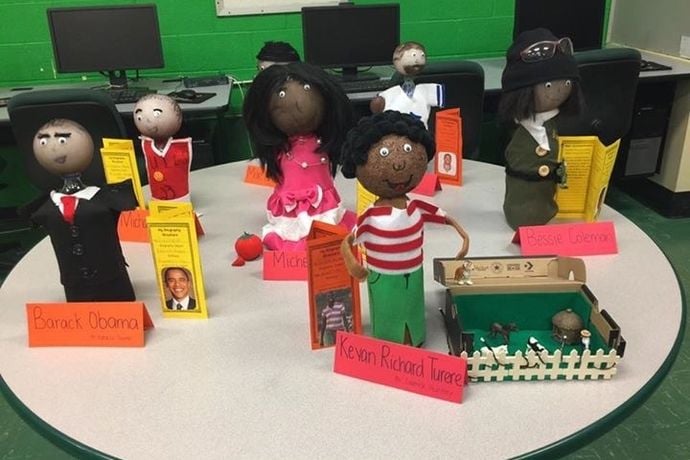 BOTTLE BUDDIES:  To close out a month of celebrating black history – as well as their unit on informational text, non-fiction, and multimodal research – the second grade class of Teacher of the Year Cara Marsicano (Mississippi ’15) invited their family members to watch a presentation of the culmination of their hard work. After a short introduction from Marsicano, students presented the local or national famous figure they’d spent weeks researching, a brochure on their life and accomplishments, and a “bottle buddy” or handmade representation of the person made from a plastic drink bottle. Notable African Americans, chosen for their roots in or ties to Mississippi, populated the room both in felt and pipe cleaner and in real life miniature, as students dressed to match the person for whom they were responsible. A second-grader Dak Prescott wore the full uniform of jersey, pads, and cleats; a little boy Mae C. Jemison made his own astronaut-style pants; and a miniature Barack Obama wore a suit and tie for the occasion.

Though the students were reserved and had to be encouraged to speak up or slow down, the presentations were insightful even to the educators in the crowd. Marsicano closed the presentations by sharing that she too once made a bottle buddy, that it was her first memorable school project, and she hoped that the experience would be also memorable for her students, inspiring them to follow these figures into similarly successful – but more importantly happy – lives. By the proud and smiling faces of the students as they took pictures with their “buddies,” and the way they took their football helmets and feathery accessories with them to grab snacks and punch, it would appear her words meant something.