Indy Achieves seeks to expand access to post-secondary education for Marion County residents in an ever-changing economy and education landscape. 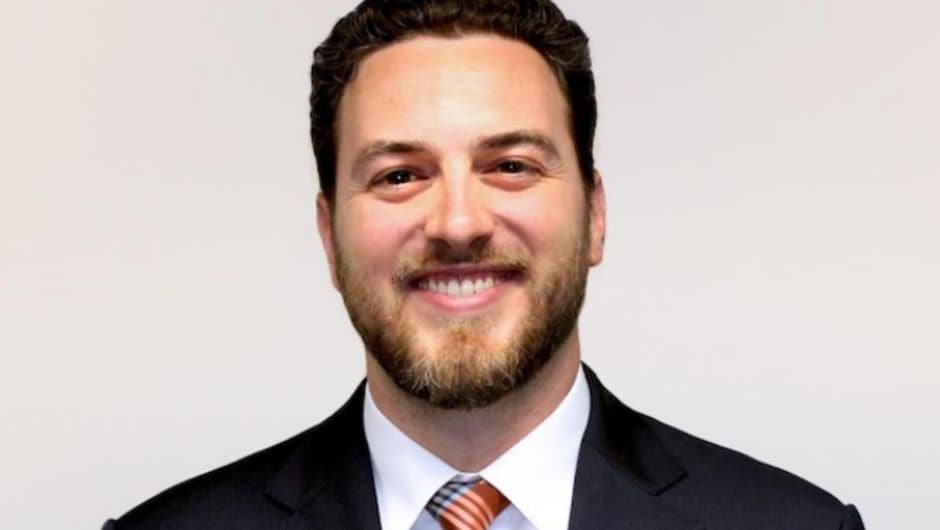 Indy Achieves is a new Mayor’s Ofﬁce initiative housed at Employlndy that seeks to expand access to post-secondary education for Marion County residents. With a goal of increasing the number of local residents with a degree or high-quality credential from 42 percent today to 65 percent by 2027, it aims to strengthen our city’s school-to-workforce pipeline through community partnerships, scholarships and grants, and support services.

We sat down with Matt lmpink (Greater Philly ’07), who is leading Indy Achieves as its executive director, to discuss Indy’s ever-changing economy and education landscape, as well as the ways in which his personal experiences have shaped and strengthened his commitment to this work.

As a native of Indianapolis, how has your impression of the city changed since you were a child?

I grew up on the northwest side in Pike Township, and my family moved down to Indy when l was four or five years old. When growing up, Indianapolis had the reputation of a boring city. As a result, I was eager to get out of Indy and see other parts of the country. After high school, I went to Philly and worked in their school system for six years.

When I returned to Indy, l was impressed by the amount of momentum in the city. There was a significant evolution in the culture of the city, a lot more heterogeneity. Activities and festivities, and arts and culture were picking up with great frequency. You have many folks living in neighborhoods seeking school options that didn’t exist a decade or two ago, making things a little more complicated. The growth is really encouraging, and there are now many great opportunities that didn’t exist before.

You joined the Teach For America corps after graduating from UPenn, teaching 11th grade history in a Philly district that was experiencing signiﬁcant issues like demolished housing projects and high murder rates. What are some of the ways you saw these external conditions have a negative impact on your students in the classroom as a teacher?

My kids were dealing with trauma in a way that few people had the tools to effectively treat. Students who are coping with trauma and the effects of poverty require additional supports that teachers themselves aren’t in the best position to provide. Students might have a great day, then a terrible one the next. That was extremely difficult to manage as a teacher. It’s not unlike many other corps member experiences.

I had students of mine who were victims of the violence, and I knew how hard it was on me to keep going, let alone what kind of effect that had on my students. Those were signiﬁcant learning experiences that opened my eyes to issues for which the resources to effectively address them are continuously being debated.

In Indiana, there are about 500 students per 1 counselor. We have not effectively invested in resources to properly aid the social-emotional health of the child nor preparation for success after high school in a post-secondary program or career. We not only need to get more sophisticated with addressing our students’ mental health, but we also need to get schools much better tied into the workforce needs of their communities. At Indy Achieves we hope to work with counselors to provide better support to the great work they are already doing, but also facilitate ways to make those connections with higher education and employers.

“The evidence is clear that if we want to have a better-educated workforce, we need to effectively fund that and set up the structure for students to get through these programs.”

Only 42 percent of Indy residents have earned a degree or high-quality credential. Why do you think we’re only at 42 percent?

The bread and butter of Indy’s economy is manufacturing. In the era after World War II, we had enormous job growth in the city when the American manufacturing economy took center stage as the rest of the world was rebuilding. Indy was a prime driver as RCA, Ford, GM stamping plants came into their heyday. Factories started to employ thousands of people who could get these jobs with a high school degree—and they paid well. It was the bedrock of our community in many ways. That success was fantastic for the economy and led into the economic success of generation after generation for families.

What’s happened since is that tech and innovation have disrupted manufacturing and other bedrock sectors of our economy. And with that, people need a much higher level of education to work in manufacturing. In 1980 it took 25 workers to produce $1 million of output, today it only takes ﬁve workers to produce that same amount. Now, instead of asking people to turn the screw themselves, we’re asking people to program the machines that turn the screw for us.

A century ago, we went through the same process. As companies like Stutz and Duesenberg created factories in central Indy to build cars, we taught reading, writing, and basic math to people to train them for those jobs. Today, that training system is called high school. This is now an expected part of our culture. Today we are going through a similar shift in technology and workforce training and we’re talking about industry-recognized credentials, associate’s degrees, and bachelor’s degrees. Jobs are changing quickly, and 62 percent of jobs now require some form of post-secondary education. In Indy, only 42 percent of our residents have earned a degree or high-quality credential. The ability of our workforce to make adjustments for educational attainment is a lagging indicator. The evidence is clear that if we want to have a better-educated workforce, we need to effectively fund that and set up the structure for students to get through these programs. 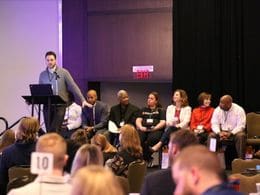 Why does this work matter to you?

When I was in the classroom, I was 22, 23 years old. One of my students, Steven, was struggling but working very hard. He came up to me one day and said, "My mom is making me drop out and join the job corps." I had no idea what the job corps was. I didn’t even know that was even an option for students. As a teacher, you really only understand your own experiences and knowledge of workforce development, when there are a lot of options and pathways to getting to a self-sustaining wage of good living. I felt really underequipped to tell Steven if that even was a good idea.

This led me to start thinking about the ways to help my students that met them where they were, instead of the mindset of “you need to do it the exact same way I did it." We need to be encouraging students to get credentials, but that doesn’t mean they all need to go to a four-year residential campus. It may be best for some to work, take some classes on the side, and ﬁgure it out that way. If they get a credential at Ivy Tech, stack an associate’s degree, then a bachelor’s degree, that may take ﬁve, six, seven years, but that’s not necessarily a bad thing. There are many support systems we don’t emphasize. I feel fortunate for Indy Achieves to be housed at Employlndy, where we’re all working on various systems for helping students get self-sustaining jobs in Indy.

How have you/do you plan to listen to and work together with those who have differing opinions and perspectives of what’s necessary to address this systemic issue?

We need to work with a wide variety of partners to effectively close this skills gap. Indy Achieves in many ways can play a convener role in this space, and we hope to invite other organizations who don’t see themselves as part of this but are.

When I was at the Indy Chamber, we brought a lot onboard for the transit referendum. It was an interesting group of folks—some faith-based, others environmentally—focused, economic—coming together to say this is good for our common effort. We met on a regular basis for about 1.5 years, every Friday afternoon. By consistently staying in touch with each other, we could create common narratives and pieces, speaking with one voice about our ultimate objective. We became a really powerful coalition in the end, with a lot of different interests represented and a wide network of people and constituencies represented. We learned a lot from one another. With Indy Achieves, I hope we can follow a similar process to create consistent communication with one another and understand how to support a lot of good work that’s already going on.

How has your corps experience, and ongoing involvement in the TFA network, shaped or supported your views on inequity? What connections or opportunities has TFA helped to provide?

TFA has been fantastic at helping me get connected to many different parts of our community. It’s really great to utilize the TFA network, through which I’ve met a lot of teachers, corps members, and alumni throughout the city while doing organizing work around district and state-wide education issues. TFA is very ingrained not only in the education community but in the community development sector and in leadership roles across the city.

A fellow TFA alum, MacKenzie Higgins, was the project manager that helped pull Indy Achieves to the ﬁnish line at the Mayor’s Ofﬁce—she did a lot of work to get our structure put together. Through TFA, I’ve also formed friends and mentors like Brandon Brown (CEO, The Mind Trust) and Jason Kloth (President & CEO, Ascend Indiana), and Amar Patel (Executive Director, TFA-Indy). They have been so helpful in giving advice and guidance about being an executive director in the city. It’s a wonderful network that’s been valuable for my professional growth.

Now that the City-Council approved $560,000 in seed money for Indy Achieves, what’s next?

As we see students complete their programs, we can get them plugged into the workforce at Employlndy or partner organizations like Ascend Indiana. We have a lot to do between now and then, but this is one of the most exciting education efforts I've ever seen in Indianapolis and I’m proud to continue working to close the gaps we see in education in my community.

To learn more about Indy Achieves, visit their website.