How Teach For America Prepared Me For A Job At Stanford

Before she worked in the admissions office for one of the nation's top universities, Michelle Strausman (Greater Philadelphia '11) gained a holistic perspective of the challenges all students face in the classroom. 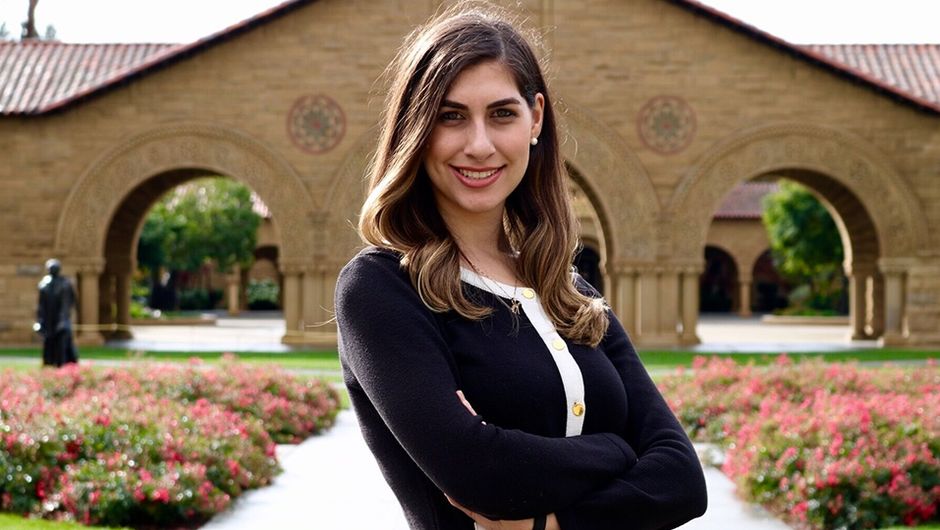 Michelle's affinity for the field of education starts with her mother (left), a former teacher.

As the assistant director of undergraduate admissions, Michelle Strausman (Greater Philadelphia ’11) plays a key role in who earns these proverbial golden tickets, and she doesn’t take this responsibility lightly.

“When I think about the students, I try to remember them as real people who have real stories,” she says. “With applications, you’re reading people’s stories time and again. What is their story and how does that fit into a campus community?”

Strausman’s own story has given her a unique perspective from which to make these decisions. With an Israeli mother and Hungarian father who immigrated to the United States in the mid-1980s, she was the first one in her family to be born an American citizen. Despite the language barrier her parents faced in their new home of Los Angeles, there was one constant: an acknowledgement of education as a means to survive but to grow individually as well.

“My mom was a teacher, my sister is a teacher, and my brother married a teacher,” she says. “Not only that, I had teachers growing up who were excited to teach, and their enthusiasm was contagious.”

Strausman excelled in the classroom, and eventually, she landed at the University of California, Berkeley, where she found her calling. Traditionally, the route for people who are interested in college administration is to go through the department of student affairs, where one can get a better idea of the ins and outs of the college process.

“I made the expectation of college as an option really obvious and intentional,” she recalls. “I would ask them if and why they wanted to go to college. I decorated my classroom with Cal gear everywhere and I was admittedly overly cheesy.

"But I wanted my students to know that they shouldn’t have to navigate this journey on their own, and that there are people in their corner.” 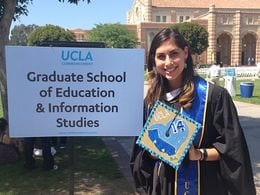 Michelle earned her second master's degree at UCLA, the school where her post-TFA career also began.

After Strausman’s second year in the corps, she attended UCLA, where she received a second master’s degree in higher education and organizational change. It was in Westwood where her new career began—first as an academic mentor in UCLA’s department of athletics and subsequently at Stanford, where she has risen through the ranks to her current position.

“On the outside looking in, some might think that it’s one isolated person making the admissions decision, but it’s not—it’s a team effort,” she says. “We have regional expertise. My area is most of New York City, Long Island, and portions of Asia. But I still depend on a diverse team that comes together to advocate for kids, and it’s a humbling experience.”

Strausman’s time as a TFA alumna comes into play regularly.

“One thing I really appreciate from my classroom experience teaching history was sharing stories and framing conversations as understanding perspectives,” she says. “You’re building empathy for other people’s experiences.”

“With applications, you’re reading people’s stories time and again. What is their story and how does that fit into a campus community?”

When asked if she would join Teach For America if she could do it all over again, Strausman was unequivocal.

“Absolutely. I would tell anyone applying that serving children is both an honor and privilege,” she says. “It is incredibly important work for the country. If your heart is in the right place and truly believe teaching is serving children, you should do it.

“It is an experience I’ll always treasure. There were times that were challenging and times when I wasn’t successful, but I think of the laughter between my students and myself. It changed me. It gave me a clear sense of purpose in terms of my professional career and aligning my values. There’s no greater work than serving kids.”