Francie Schnipke Richards reflects on her incredible journey from high-school dropout to her current position as Head of Partnerships and Development at CPS and Executive Director of the Children First Fund. 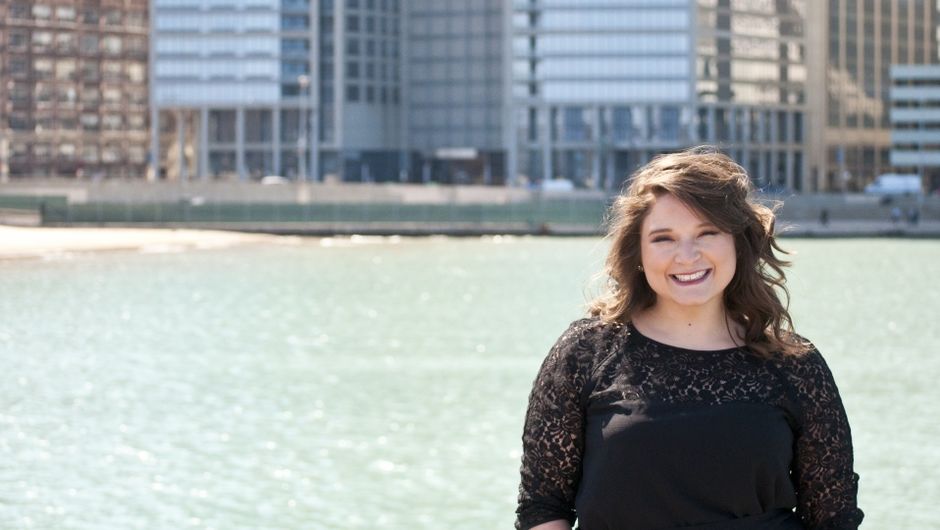 Francie Schnipke Richards (Greater Chicago-Northwest Indiana ’09) grew up as a Mexican-American girl in a “small, homogenous, Caucasian, German Catholic” town in Ohio, where her mother says she was “born with her bags packed.” She was set on leaving Ohio and going to college as soon as possible, but her path there wasn’t easy. Bullying caused her to drop out of high school her senior year without a plan for achieving a diploma. Through sheer chance, the first online high school in Ohio opened that same month, and Francie was able to graduate Valedictorian from the Virtual Community School of Ohio. Through this new education innovation, Francie became a first generation college graduate of Eastern Michigan University.

Although her interest in educational equity stemmed from her experiences growing up, it solidified in college when she served as a social worker for teen moms. “I was frustrated by the various ways that systems had broken down…what led to the situation I was in, trying to help a 14 year-old-girl with her second child finish high school and find an apartment?” This frustration led her to get her graduate degree in Social and Economic Development from Washington University in St. Louis so she could focus on public policy and poverty prevention.

MSW in hand, she interned for the first African American female elected to Congress from Ohio, Hon. Stephanie Tubbs Jones. She then worked as a Field Organizer for Planned Parenthood during the 2008 election. Through those experiences, she kept “narrowing in on education policy” as the area of highest impact on preventing cases like the one she supported as a social worker, so she joined the Teach For America corps in Chicago. She believed that if she wanted to work in education policy, she needed to understand the issues through the lens of a teacher.

After her time in the corps, Francie worked on education policy for the City of Chicago, and then became the Central U.S. Regional Director at WE Charity, a Canadian based organization committed to global service. She appreciated WE because it allowed her to expand her focus to include global impact and “support kids who often don’t get to leave their neighborhood, much less learn about issues they’re passionate about through the lens of their global peers’ experience.”

Now, Francie works at Chicago Public Schools as the Head of Partnerships and Development, as well as the Acting Executive Director of the Children First Fund. Her career is shifting back to its more political roots, as she, through her focus on funding and resources, “is picking up projects [she] worked [on] at City Hall.” Francie believes there are enough resources in the city and a genuine desire to help for schools to be able to improve educational quality and equity, and she is eager to figure out how to leverage the good will and maximize the resources available to support our schools' good work. But not only does she have hope in the students, she is “enamored” with Chicago.

“I appreciate the grittiness; I appreciate the Midwestern values and the work ethic…There are so many first-generation students and students whose communities have been marginalized for decades, and now we're seeing quality school options in these communities. We have a long way to go, but the progress is exciting.”

Despite how much she loves the city, Francie still goes back to Ohio to visit her family, and she even engaged her elementary school there in coming to Chicago’s WE Day. Although she continues to struggle with feelings of “otherness” in the community, she says, “…My nephews and niece need to know someone who’s been to college and as a result, gets to live the life of my choosing…that’s the role I try to play for them.”

Francie appreciates Teach For America for putting leaders on a path to fight for educational equity. She knows the benefit it and her students had on her life as well. “I’m so grateful for being afforded the opportunity. I think I have been a better policy practitioner because of it.”