From the Classroom to the 2019 Obama Foundation Fellowship

By Jessica Fregni and Laura Zingg

The Obama Foundation Fellowship honors “community-minded rising stars” who “model a powerful truth: that each of us has a role to play in making our communities better.” Now in its second year, the 20 leaders named this week as 2019 fellows include Teach For America alum Aimée Eubanks Davis and Tarun Cherukuri, an alum of Teach For India, a member of the Teach For All global network. 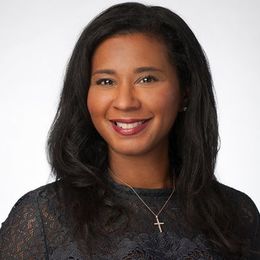 After teaching for four years in New Orleans, Aimée Eubanks Davis (Greater New Orleans ‘95) continued her career in the education and nonprofit space, including 13 years holding executive roles on staff at Teach For America.

It was through her work at Teach For America that she deepened her understanding of the opportunity gap that many first-generation college students from low-income backgrounds face when applying for jobs out of college. A self-described “talent nerd,” Aimée would pour over the data on TFA’s recruitment efforts. She saw that thousands of undergrads from less affluent backgrounds were struggling to meet the bar for admissions, even though they had stellar grades and accomplishments. Many lacked interview skills, and access to professional networks and opportunities to successfully transition from college to career.

"This was a moral calling that went way beyond the reach of TFA,” she says. “Our students are now growing up. We need to help them maximize their degree.”

This led her to launch Braven in 2013. The organization partners with universities to integrate career-education into students' coursework, so they can complete for credit. Braven Fellows also receive coaching and access to a diverse network of local professionals who can help them build the skills and experiences needed to succeed in their next steps post-college.

“This is a big important problem that is not that complicated to solve,” Aimée says. “By building a true partnership with higher ed institutions that want to innovate, you can actually build a talent development pipeline in a short period of time."

After completing the six-month program, 70 percent of Braven Fellows are able to obtain a prosperous job after college, compared to just 50 percent of their peers.

As a first-generation college student, Jalil did everything he was supposed to do in order to be successful. He worked incredibly hard and got good grades. He commuted long hours and applied for grants and scholarships to pay for school. But his focus and determination weren’t enough to ensure that he would land a lucrative opportunity after college.

“As a junior, he had far fewer connections and career-development experiences than many of his more affluent peers,” Aimée says in her profile on the Obama Foundation website. He wasn’t as likely to land the same fancy summer internship.”

Jalil became a Braven Fellow during his junior year at San José State University. Through the program, he worked alongside his peers and a coach from the workforce to create a strong resume and build his interview skills. After landing internships at Teach For America and Google, he is now a full-time employee at Google.

Since its founding in 2013, Braven has expanded its reach to support first-generation college students in Chicago, the Bay Area, and Newark. The program has served over 1,600 students to date, 98 percent of whom are persisting in or have graduated from college.

“The data is undeniable,” Aimée says. “We’re watching students out-earn their peers after five semesters. This is a solvable problem.” 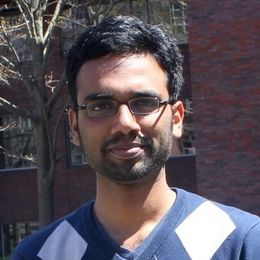 A chance encounter led Teach For All alumnus Tarun Cherukuri to leave a comfortable job as a food manufacturer at Unilever in order to make India’s education system more equitable for its most underserved students.

Feeling that he could be doing more to make a meaningful societal impact, Tarun began volunteering in schools. One day, as he was volunteering, Tarun saw an advertisement for Teach For India. “I thought, ‘I should quit my job and do this.’” Tarun says in a Teach For All interview. “‘If not now, then when?””

Tarun’s time in the classroom was transformative. “The experience was fundamental to the way I look at the world now, and my beliefs about what I want to contribute for the rest of my life,” he explains in the video. After his two-year commitment, Tarun was selected as a Teach For India fellow, during which he began building a nonprofit that could utilize the power of collective action and community engagement to create a more equitable education system in India.

Today, Tarun leads Indus Action, a nonprofit that works in partnership with students, parents, educators, schools, and governments across India to expand education access for disadvantaged students by empowering communities to leverage their legislative rights.

India’s Right to Education (RTE) law, which was passed in 2009, reserves 25 percent of seats in India’s private schools for children from the lowest-income families. However, only 15 percent of these seats are being filled. “Families are not able to access the seats due to lack of information and lack of support,” Tarun says. “Our people do not have the agency and power to access the institutions to file an application for these seats.”

Indus Action is working to ensure the law is being implemented as intended by raising awareness about the law, informing families of their children’s right to education, and providing critical support as they apply for these seats. The organization also works with schools and government to ensure girls, students with disabilities, and other vulnerable children are able to access and retain their seats, meet the rigorous expectations of these schools, and thrive once admitted.

By 2020, Indus Action aims to enroll 1 million students under the Right to Education law, bringing the organization closer to its goal of narrowing the inequality gap for students from low-income backgrounds across India.

“We’re building not only our capability, but the capability of the state as well, to translate these noble and well-intentioned policies in practice,” Tarun says.